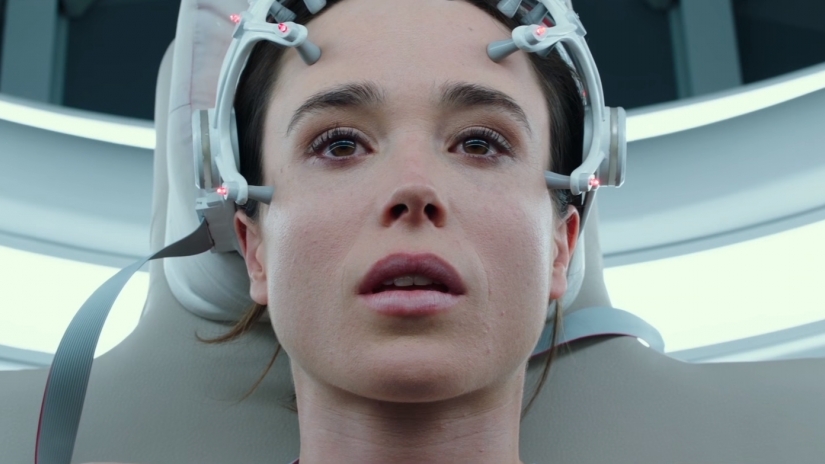 The new Flatliners? Best not.

You can probably think of all the best and worst puns that we could load into this review without even seeing Flatliners. So, with apologies in advance, there’s no better way to describe Niels Arden Oplev’s mis-sold remake than this – it just lies there on the slab.

1990’s Flatliners is a sci-fi inflected psychological horror, directed by Joel Schumacher and boasting an all-star cast. In the original, Kiefer Sutherland, Julia Roberts, Kevin Bacon, Oliver Platt and William Baldwin star as medical students who conduct ill-advised experiments on themselves in the hope of proving that there is life after death.

In the 2017 version, it’s Ellen Page, Diego Luna, Nina Dobrev, James Norton and Kiersey Clemons in the lead roles. The likeliest reason it wasn’t shown to critics ahead of release is because, bizarrely, it’s not the sequel that we’ve been led to believe it would be, but a preachy and pointless remake of the same premise.

So, in case you haven’t seen the original, Courtney Holmes (Page) enlists her classmates to stop her heart and then resuscitate her, monitoring and recording her brain activity. When Courtney’s near death experience has positive effects for her mentally and emotionally, most of the others undergo the same procedure and discover a new lease on life. Unfortunately, each of them has personal demons, which manifest themselves as particularly ugly side effects.

But whether you’ve seen Schumacher’s version or not, there’s no getting away from how this 21st century reboot has nothing to new to say. The nearest comparison we can make is to last year’s Point Break remake, which similarly repackaged the premise of its predecessor for a middle-aged studio executive’s idea of a thrill-seeking millennial audience, fuelled by Instagram and energy drink adverts.

Here, the procedure is depicted as inducing a natural high, leading to more than one cringily hedonistic post-op party scene. It’s the sort of conservative studio movie that punishes its characters for enjoying such scenes though, and that’s where the more supernatural elements kick in. The trouble is, we’re not really rooting for these characters, whose modernised sins including sext-shaming, abortion and the trifling matter of gross medical malpractice.

Worse still, the film isn’t the least bit scary. Granted, this version takes a little more time over the grounded sci-fi angle before it attempts to become a horror film, but it’s embarrassingly bad at it once it does. Even the trad jump scares aren’t going to give you much of a jolt, and even a tragic escalation at the mid-point lacks any dramatic heft.

Ellen Page is far better than this sort of thing, and although she comes out of it the best, Ben Ripley’s script really doesn’t give the cast much to do. Norton plays the prize douchebag to a tee and Dobrev and Clemons both get their scream queen setpieces, while Luna is mostly given to running around hospital corridors to bail out his friends because, strangely, he seems to be the only one of them who is actually competent in CPR.

Although Sutherland insisted in an interview with Metro last year that he is reprising his character from the original, there’s nothing to back that up in the film. You keep waiting for his white-haired professor (credited as Dr. Barry Wolfson, not as Nelson, his original character) to become more relevant, but it’s little more than an extended cameo – he’s not playing the Harrison Ford legacy-quel role as much he’s popping his head in, like Bill Murray and friends in 2016’s Ghostbusters.

Maybe it was intended to be a sequel at one point in its development, but then this looks quite indecisive on the whole. The second half of the film feels entirely different to what has gone before, although the limp attempts at horror continue. What we get instead is a baffling anticlimax that seems all too eager to unravel its own personal stakes, while still moralising over the characters’ historic wrongs.

Flatliners is a mediocre remake that utterly fails to update the original in any meaningful way. There is no reason for it to exist. But its failure is compounded by the fact that there was every chance of it being superior, with the right take. Instead, it’s not scary, it’s not thought-provoking and it’s simply not worth your time.