Fireman Sam fan theory: is he trapped in purgatory? 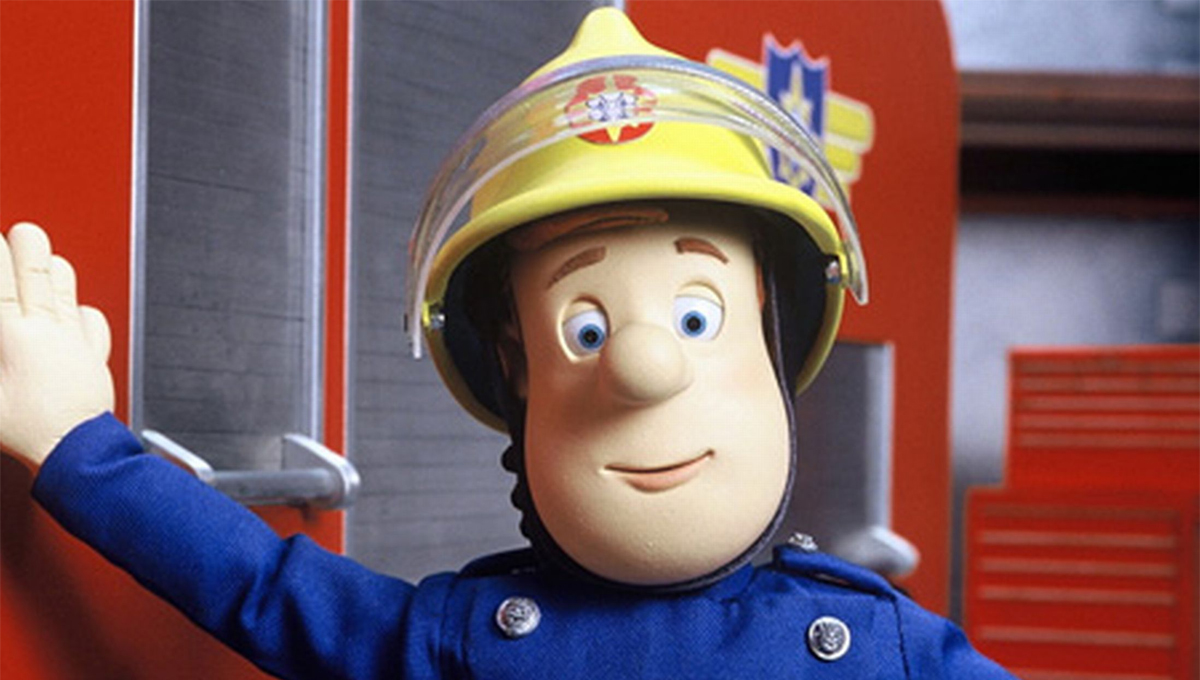 No, we haven’t lost the plot. We just think Fireman Sam is trapped in a Life On Mars-style purgatory…

As any father or mother will testify, one of the great joys of parenthood is having a valid reason to watch children’s television. Nothing quite surpasses the discovery of preschool TV legend Justin Fletcher for the first time, or the thrill of witnessing a handmade birthday card – you’ve painstakingly slaved over for hours – appear on screen alongside Chris Jarvis or Andy Day. Yet, no matter how jovial the on-screen frolics appear, your adult brain will soon reassert itself to ponder the deeper meanings of the programming you have witnessed.

What adult connotations can be drawn from Makka Pakka and Igglepiggle’s tussle with a tiddle of water?

And most intriguing and perhaps obvious of all, does Fireman Sam take place within a manifestation of the afterlife as depicted in the TV show Life On Mars?

Cast your minds back to a certain Time Lord’s triumphant return to our screens in 2005, after which BBC Wales promptly presented us with another time-traveller of sorts in the form of modern-day police detective, Sam Tyler. Following a life-threatening collision with a speeding vehicle, Tyler (John Simm) finds himself transported to the very politicly incorrect world of 1970s British policing. Is Sam in a coma, mad or has he travelled back in time? As it turns out – spoiler alert – Sam has near-enough shuffled off this mortal coil. Playing out his final moments in a law and order branded version of the afterlife, Tyler’s straight-talking superior, DCI Gene Hunt – immortalised by Philip Glenister – appears to hold court in this limbo world. Over the course of the series, and its spinoff  Ashes To Ashes, Hunt’s true purpose is revealed – as he works to deliver his officers from temptation and guide their souls to more heavenly plains.

Surely it is within reason, if police officers are granted a continued existence in the afterlife, other emergency service workers would follow suit? Not only do Fireman Sam and Sam Tyler, might Pontypandy’s finest also be living out his last moments in a personalised slice of afterlife? And if Fireman Sam has indeed ended his life feeling as unfulfilled as Detective Inspector Tyler, just who is his Gene Hunt?

Perhaps the strongest evidence to support this fan theory can be found in a feature length Fireman Sam episode – The Great Fire of Pontypandy. “That’s what I love about this place Penny. You never know what is going to happen next.” – Fireman Sam.

Fireman Sam leads an idyllic life in Pontypandy. Well-respected by his peers, superiors and the town’s inhabitants – Sam is able to call upon all manner of vehicles to fight fire and lead daring rescues over land, sea and air. While Station Officer Steele is keen for Sam to remain in Pontypandy, Chief Fire Officer Boyce arrives on the scene with an offer of promotion and a transfer to the bright lights of New Town. Hoping to tempt Sam away, Boyce is eager to have the Fireman sign up before the day is out. As Sam wrestles with a decision, disaster is never far away.

By my reckoning, Station Officer Steele is the guardian angel in this otherworldly domain for deceased firefighters. Conversely, Chief Fire Officer Boyce can be likened to Daniel May’s devilish Jim Keats from Ashes To Ashes – intent on luring our hero away from Pontypandy and into the depths of hell. Mirroring Keats’ attempts to turn Hunt’s colleagues against their unorthodox saviour, Boyce’s previous excursions to Pontypandy have seen him eager to prove Station Officer Steele is less than fit for duty.

Unfolding akin to a season finale, the Great Fire which eventually rages in the episode symbolises this climatic struggle between good and evil. Having rescued the town’s inhabitants from certain doom, Sam rebuffs the forces of darkness by turning down Boyce’s tempting offer. Just as the UK finale of Life On Mars concluded with Sam Tyler returning to live out his final moments within a rose-tinted afterlife, the Great Fire of Pontypandy ends with our firefighting hero exactly where he wants to be. And while there is no Test Card Girl to deliver a knowing wink to the audience, we are treated to a fine musical tribute to the greatest place we know, Pontypandy by the sea.

Conjuring further links to support this iron-clad theory proves surprisingly easy, as several of Pontypandy’s residents can be seen as counterparts for characters from Life On Mars.

Elvis Cridlington is the ultimate buffoon, thus it’s hard to imagine anyone would entrust him in life with a situation as serious as firefighting. Much as poor Chris Skelton suffered from the sharp end of Gene Hunt’s tongue, Cridlington bears the brunt of Station Officer Steele’s despair. Perhaps achieving something in death which he failed to do whilst living, throughout the course of the Great Fire of Pontpandy, Elvis does indeed prove himself a hero and is awarded a medal of bravery by Station Officer Steele.

A close confidant of Fireman Sam, Penny Morris is the nearest equivalent to Liz White’s Annie Cartwright. Displaying far more sense than the majority of her male colleagues, Penny is a dependable ever-present force in Sam’s life. This brings us to the one character who could turn this entire theory on its head, the enigma that is Norman Price. With the infamous red-headed scally proving to be the root cause of ninety-nine percent of all disasters in Pontypandy, Sam would appear destined to rescue the diminutive terror on a daily basis. Could it be our hero has already descended into the gates of hell? As seen in recent episodes of Preacher, is the firefighter caught within a continuous loop of saving Norman Price? This could go a long way to explaining Norman’s presence as a recurring fixture in Sam’s life. Yet, I’d rather offer a more bittersweet denouement to this supernatural take on children’s tv.

I know parents have long speculated, based solely on the reasoning they both sport rather fetching bright red hair, that Norman Price may be the product of a brief encounter between Fireman Sam and the boy’s mother, Dilys. However, I’d venture in their previous lives, it was in fact Sam and Penny who were mother and father to the young Norman. The family perished in a tragic accident, and as their three souls passed to the world of Pontypandy – they lost all memory of their former selves. Separated and on different journeys of discovery, once they have worked through whatever differences they  struggled with in life  – Sam, Penny and Norman will be reunited. After finding themselves led to the town’s strangely inconspicuous public house by Station Officer Steele, the trio will ascend beyond the realm of Pontypandy, and bask in whatever glory awaits them. If ever such a thing as a final episode of Fireman Sam materialises, this is how I demand it ends – a heady mix of Jacob’s Ladder, Lost, Life On Mars and Ashes To Ashes.

Moving on, let’s turn our attention to the gang from Mystery Inc. Did they meet their Maker following a terrible motor accident, to spend eternity unmasking lost souls in an afterlife for plucky teenage crime fighters and their pets?