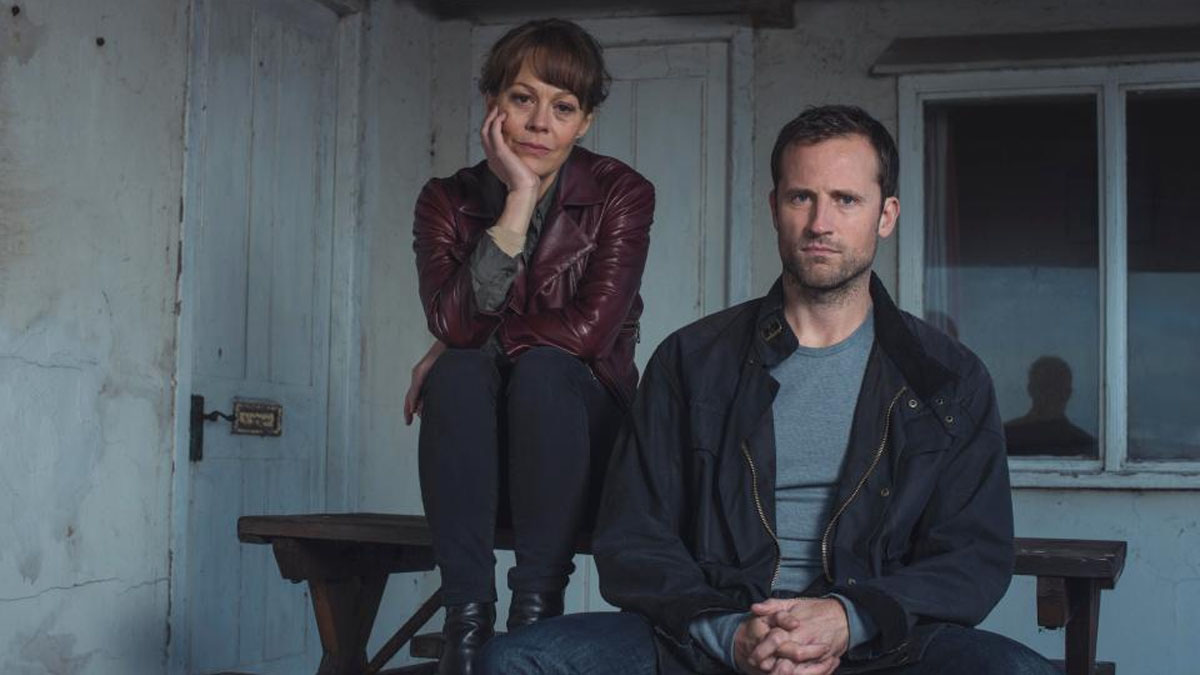 Maybe Banville should have gone to that conference on copyright law after all. Contractual overrides and evidentiary considerations may be dull as all get out, but at least they’re preferable to being thrown into US air force prison. Not even her ‘cooee S015, over here!’ SIM card trick can help her get out of this one. The data roaming charges alone would cost an arm and a leg.

The NSA may not be averse to taking an arm and a leg from Banville, if it’ll stop her sniffing around where she’s not wanted. Where she’s certainly not wanted is anywhere near Linda Simms’ ex-boyfriend, the US air force pilot who was bundled out of Suffolk after Linda was killed faster than you can say ‘military cover-up in some way connected to the Iraq war’.

Did Logan kill Linda? Unlikely. He was a greenhorn at the time, just seventeen years old and not the sleazy older abuser we’d been led to expect from talk of Tony Pullings’ sex parties. Logan wasn’t legally old enough to drink in Linda’s parents’ pub back then, let alone mastermind a conspiracy. The best intelligence we have right now suggests that Linda stumbled upon something she shouldn’t have at the Air Force Base, and was mown down to keep her quiet.

We witnessed Linda being mown down at the beginning of Kevin Russell’s retrial, or at least, a computer-generated model of her (made by those Taiwanese news animators we all went mad for a few years ago, by the looks of it).

CG models weren’t the only things getting run over in episode four. After Kevin took the CPS deal puppeteered by Sir Alistair and agreed to plead manslaughter, he won his freedom but didn’t clear his name. Son Jason’s continuing rejection sent him into despair, which sent him into the path of an oncoming truck. Now in a coma, any information Kevin has that could lead Emma to Linda’s real killer is safely in cold storage for the finale.

That promises to be pretty thrilling if this episode is anything to go by. Fearless continues to be cool, calm, collected and not skimp on tension or thrills. Emma went on three separate confrontations with three hostile characters this week, each as gripping as the other. Her Birmingham visit to Yusef Attar was classy, Homeland stuff—especially intercut with Greenwood’s surveillance—and her trip to scare the shit out of Tony Pullings was satisfying in the extreme. “Fuck my ethics!” she snarled, while Dom twisted the slime ball’s particulars. That led her to Logan, and a trip over the pond.

Fearless stretched its transatlantic wings in episode four, sending Banville overseas to see what kind of trouble she could rake up in the land of the free. Lots, it turned out. And this isn’t the first time. Her ex-boyfriend Nathan Isardi (presumably the father of the baby she didn’t have/keep at nineteen) died in 1989 and is buried in New York. Yet more intrigue. Nathan is clearly key to Emma’s story, not least because the name of this series is etched on his gravestone.

Story-wise, everything is slotting together with real efficiency. Banville is steadily unlocking doors and getting nearer to the truth. Every step takes her closer to meeting Myles (offering the tantalising promise of Helen McCrory vs. Robin Weigert – fingers crossed that’s a good, long scene), while the connections between Myles, Matt Wild and Sir Alastair are slowly surfacing.

Nothing’s been too much trouble to swallow either, so far. Resting Kevin Russell’s defence on whether he did or did not have access to a car on the weekend Linda died felt flimsy (why no mention of the fact that cars can be borrowed, or nicked?), but the least believable thing to happen in Fearless so far was Emma dropping a pint glass in a UK pub and nobody cheering ironically.

“Is it really over?” Wild asked Myles this week, “Kevin Russell?” “Yes,” she told him. Not while Banville’s alive and there’s still a bottle of vodka left in the world it isn’t.