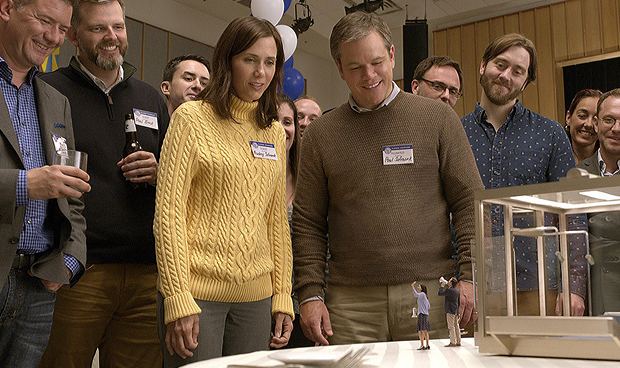 While Matt Damon has provided his share of poignant movie roles in the genres of action and drama, every now and then he takes a conceptual, comedic-leaning risk (see the 2003 conjoined twin comedy Stuck on You). Indeed, his upcoming satire-laced dramedy Downsizing fits that bill, depicting a world in which economic woes have people desperately resorting to literally shrinking themselves down to size for a better bang for their cost of living buck.

It’s from Sideways director Alexander Payne, and here’s the new trailer for the movie…

Payne, meanwhile, works off a script he co-wrote with Jim Taylor.

The film doesn’t yet have a UK release date, but it’s set to land in US cinemas three days before Christmas.