Does Warner Bros have a Joker problem? 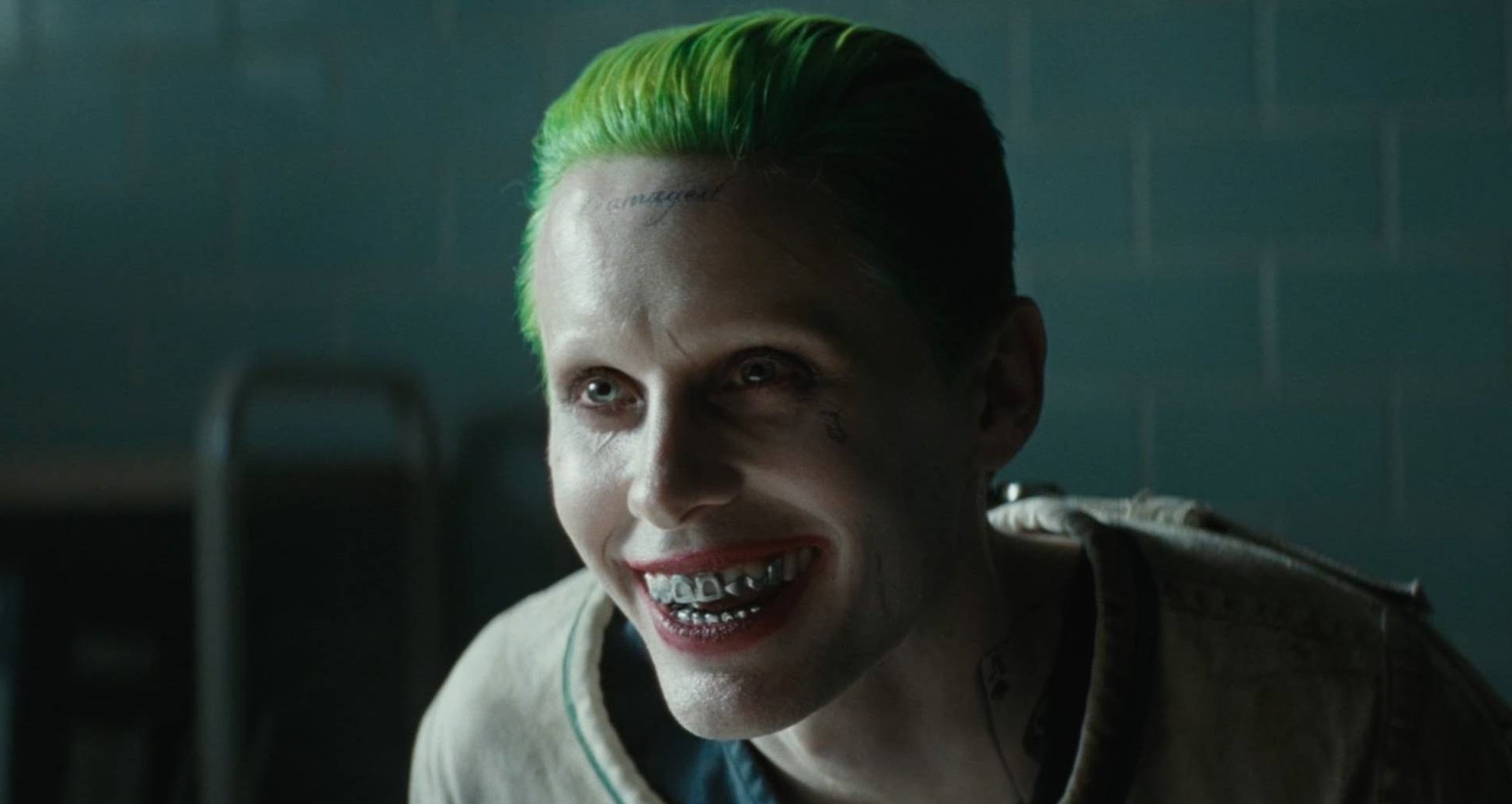 Does the development of two different live-action Joker movies mean that Warner Bros has issues? We had a think…

In case you missed it: Warner Bros and DC have announced two separate Joker movies, one that will star Jared Leto, reprising his role from Suicide Squad, and one that will not.

First came the announcement that Martin Scorsese, The Hangover’s Todd Phillips and 8 Mile’s Scott Silver are working on a Leto-free Joker origin movie. Deadline broke that piece of news, reporting that this project will be “the first film under a new banner that has yet to be named”. This banner will allow Warner Bros to “expand the canon of DC properties and create unique storylines with different actors playing the iconic characters.”

Then, the very next day, the Tracking Board broke a different story: Warners has John Requa and Glenn Ficarra (Crazy Stupid Love, Focus) signed up to direct a Joker and Harley Quinn movie within the pre-established DC Extended Universe continuity. This one’s described as a “criminal love story”, and it will star Jared Leto, alongside Margot Robbie. The Tracking Board noted in their report that this film has replaced Gotham City Sirens – which was set to unite Harley, Poison Ivy and Catwoman – on the DC slate. The Tracking Board also mentioned that Suicide Squad 2 will be released before the Harley and Joker film.

Then, the Hollywood Reporter piled in, corroborating part of the Tracking Board’s story by stating that DC and Warners have put Suicide Squad 2 “on the development fast-track”. It’s unclear who will direct it at this stage.

That’s a lot of information to take in, so let’s recap it quickly: Suicide Squad 2 will be the next film to feature Jared Leto’s Joker. He will then reprise the role again in the Harley and Joker movie. Meanwhile, Scorsese and his chums are working on a Joker origin flick – not set in the DCEU – which will star a different actor as the Joker.

What does any of this mean? What’s the deal with the non-DCEU films? And does Warners have a Joker problem? Let’s try and make sense of it…

Wanna know how I got these scars? The origin of the Joker is dripping with cinematic potential. Tim Burton’s 1989 Batman film proved that the early days of The Clown Price Of Crime are ripe for big screen entertainment. Plus, The Dark Knight and Suicide Squad both steered clear of explicitly showcasing the Joker’s origin story, making this a yarn that hasn’t been spun on screen in years.

So, it makes a certain amount of sense for Warners to make a Joker origin movie. Although the ambiguity of the ‘how I got these scars’ stories from The Dark Knight helped bolster the enigma around Heath Ledger’s Joker, studios these days have other priorities: spinoffs, prequels and reboots make cash, which is more important to boardroom execs than bolstering a few enigmas. As much as it’s fun to keep his backstory a mystery, the Joker’s early life is seemingly too valuable a commodity for Warner Bros to ignore.

However, Suicide Squad presents a problem. Jared Leto’s Joker garnered much derision among fans and the critical community – everything from his design to his laugh was critiqued in immense detail on the web. Audiences might want a Joker origin movie, but do they want an origin movie for this Joker? Does anyone want to see a montage of Leto in a tattoo parlour? The DCEU has painted itself into a corner, then. Leto has definitively been established as the Joker to Ben Affleck’s Batman, with Suicide Squad and Batman V Superman: Dawn Of Justice conveying the broad strokes of their shared history. Leto’s Joker killed Robin, and Batfleck knocked the Joker’s teeth out and locked him up in Arkham. The Joker then seduced Harley Quinn and turned her to evil. She helped him break out, and the criminal couple ended up being high-speed pursued by Batman.

Going back further in that timeline doesn’t feel particularly appealing. Leto’s Joker has already taken Harley to the chemical vat where he transitioned from crook to super villain. Plus, Suicide Squad featured scenes of Leto’s Joker acting as a mob boss sort of character (notably in that scene with Common in the night club). There’s a sense that an origin movie for Leto’s Joker wouldn’t have much fresh ground to cover. So, by the sounds of it, DC and Warner Bros came up with an alternative…

There are other worlds than these If all of DC’s plans come to fruition, we will end up with two incumbent cinematic Jokers. Leto will make at least two more DC movies, and Scorsese and his cohorts will introduce a different version of The Man Who Laughs. Presumably, this new Joker will be younger, and closer to the start of his criminal career.

The Scorsese movie is effectively rebooting the Joker, despite the fact that Leto is continuing on with his version at the same time. It’s an unconventional tactic from Warner Bros, but you could argue that the Joker is well suited to this treatment. Thanks to The Dark Knight, audiences are familiar with the fact that there are different versions of the his backstory. Perhaps fans will embrace the concept that two alternate Jokers can exist at the same time.

If fans do flock to Scorsese’s non-DCEU Joker origin movie, Warners execs will be very happy indeed. The idea of branching out, and exploring other universes outside of the DCEU, has been brewing in the Warner Bros camp for a while. This was proven by the Red Son story that surfaced earlier this year. That piece of news told us Warners is developing an alternate Superman movie, starring a Clark Kent that grew up in Russia (although it’s more likely exploratory conversations than anything concrete). In the comics, DC has a vast history of parallel Earths. The ‘Elseworlds’ imprint was created to explore strange stories set in different realities, where familiar characters lives played out differently. This is how DC ended up with comics like Red Son (the Russian Superman one) and Gotham By Gaslight (where Bruce Wayne goes up against Jack The Ripper).

On TV, The Flash and Supergirl have established a similar storytelling sandbox. The shows are set in different realities: The Flash’s Earth has Metahumans with superpowers running around, while Supergirl’s one has aliens living among us. These series have successfully sold the idea of a broad Multiverse, chockfull of parallel dimensions, and used it to open story doors and orchestrate massive crossovers.

At the movies, though, we’ve yet to see a superhero Multiverse at play. Even Marvel hasn’t gone that far. DC could beat them to it, by putting out a Joker movie that’s set in a different reality to the DCEU. Warners and DC could use this film as springboard, launching a cinematic equivalent to the Elseworlds brand. This would free them up to make any number of wacky movies in the future, without the need to tie them to the DCEU.

You wanna get nuts? On a related note, it remains to be seen what the cinematic future holds for Batman. Affleck will reprise his role in Justice League later this year, but beyond that it’s a mystery. Rumours keep cropping up and suggesting that Affleck won’t appear in Matt Reeves’ The Batman. He hasn’t been listed among the cast for Suicide Squad 2, Batgirl, Nightwing or the Harley/Joker film just yet, either.

The Hollywood Reporter claimed recently that The Batman will be one of the films to fall under Warner Bros’ outside-of-the-DCEU banner, with someone other than Affleck squeezing into the cowl and a new continuity. However, THR have since amended that article, stating “it is unclear where that project will fall”.

If Affleck really does want to quit, this new banner would provide Warner Bros with a way to keep making Batman movies without their DCEU Batman actor. They could even go to a different time period and make something like Gotham By Gaslight, if they wanted to. If the Joker can get nuts and break away from the DCEU continuity, there’s no reason why Bats can’t do the same.

Cash is on Infinite Earths The execs at Warner Bros can have their cake and eat it too, essentially. They can keep making DCEU movies, banking in on the popularity of Henry Cavill, Ben Affleck, Gal Gadot and all the rest, whilst also branching out to tell intriguing Elseworlds-style stories that don’t connect to the shared universe that started with Man Of Steel.

It’s easy to see the influence of Deadpool and Logan here. Fox’s two hugely successful X-Men spinoffs proved that superhero movie fans don’t just want the homogenous mainline movies in a franchise – they want unique spinoffs as well. Putting out a Scorsese-produced Joker movie seems to be Warner Bros and DC’s first step into that wider world. It’ll be interesting to see if it ends up being R-rated.

Hypothetically, this means that every faction of fans can be catered for. Those that love Leto and Robbie’s chemistry can look forward to Suicide Squad 2, and the Harley and Joker movie. Others, who can’t take a man with ‘damaged’ written on his head at all seriously, can anticipate the unrelated Scorsese movie instead. And the most open-minded members of the DC fandom can just sit back and enjoy an utter onslaught of movies. Whatever your preference, Warners makes money. It’s a smart move on their part, although it won’t be cheap to make all of these films.

So, the announcements of the past week don’t really suggest that Warner Bros has a Joker problem. If anything, these ambitious plans tell us that Warners has an abundance of riches. They’ve got Martin ruddy Scorsese involved with one comic book movie, while Jared Leto and Margot Robbie – who are still massive stars, despite the flaws of Suicide Squad – are lined up for several other ones.

As long as these manifold Joker movies end up being enjoyable and profitable, this is a win-win situation for Warner Bros. And if the introduction of a different Joker can prop open the door for Elseworlds movies, such as Red Son, a lot of cool stuff could follow. The possibilities with a cinematic DC Multiverse are limitless, so you can colour us intrigued…