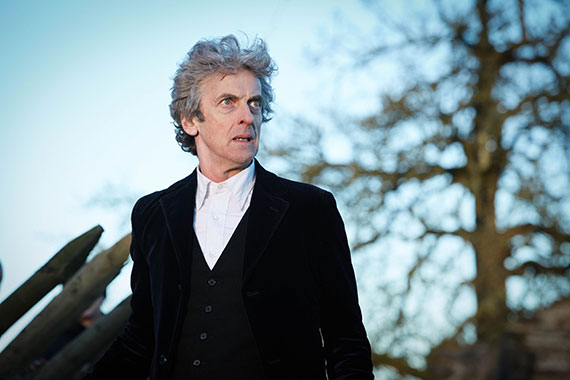 Big spoilers, as we review the Doctor Who series 10 finale, The Doctor Falls…

This review contains spoilers. Our spoiler-free review is here.

“You shouldn’t have hit me, Missy”

Thank you for taking the time, in the midst of the internet exploding all around you, to come and read this review. This is being written ahead of the episode’s transmission, and were I putting money on things, I’d suggest the reappearance of Heather from The Pilot is where the battlelines are mainly being drawn right about now.

How about we start there?

For much of The Doctor Falls, it really looked as if Bill – one of the absolute triumphs of the series – was doomed. We thought Clara was doomed last series too, but Bill especially so. After all, Bill was turned into a Mondassian Cyberman at the end of World Enough And Time, but what I wasn’t expecting was for her to spend pretty much the entire episode in that state. The point of view switching between Mackie and the Cyberman, as she gradually realised what she’d become, was really nicely handled too. Mackie, in turn, delivered her best performance to date, and that’s against some pretty stuff competition. The sense of dread and the growing appreciation of what Bill had become was superbly conveyed.

And then Heather appeared.

On the one hand, you can’t say the rules of Heather’s character weren’t established from episode one, and that things had been seeded (the Doctor and Bill even have a conversation in The Pilot about whether Bill would ever see Heather again). Heather had, beforehand, chased Bill right across the universe, so there’s form there. The tear that brought Heather back to Bill? Again, no matter what you think of it, it was clearly noted back in The Pilot.

On the other, there was an element of WTF when she popped up, and basically reset Bill, heading off around the universe with her. Whether or not it was a strict reset switch, it still felt a bit like one. I’m long past the days of expecting Doctor Who companions to die (although in the Steven Moffat era, they’ve certainly had to be braced for life-altering damage). But this seemed like a very unexpected way to get out of a very tight corner.

A key point in the midst of it all, though: Bill, crucially, believes the Doctor to be dead, and I did think it was odd that she just left his body. Whether we’ve seen the last of the reset Bill remains to be seen, but the presence of one of the magic tears suggests otherwise.

“The Doctor’s dead. He told me he always hated you. Go.”

Less contentious at the heart of all of this was Peter Capaldi. The majestic, wonderful, brilliant Peter Capaldi. If you needed a reminder of just how much he’s going to be missed when he finally departs Doctor Who at the end of the year, his outstanding work here was precisely that. When he was blasted, apparently mortally, and he kept holding off his regeneration (a power that we’ve not really seen before, even though it’s been established in Who lore – see the geeky spots article for more on that), I found myself saying out loud “I don’t want you to go”.

I really don’t, either. His final episode at Christmas will seemingly see himself – and Steven Moffat – wrapped heavily in very early Doctor Who too, with the appearance of David Bradley as the first and original Doctor (a spoiler that wasn’t announced by the BBC, but was revealed anyway, which offers a mini-audit of just what the Who press office is up against). Why has the TARDIS taken Capaldi’s Doctor to the end of the character’s first generation, and is there a precise reason he was holding off the regeneration? Good question. Was he just scared, and/or not wanting to go through it. Quite probably. The answer may be deeper, though.

Talking of regenerations, there’s the story of The Two Masters. This ended up interesting me less than I was expecting, and I thought it was the part of the story that fell just a little flat, sadly. Perhaps the episode was trying to get too much in – although it felt quite relaxed, even appreciating it was 60 minutes long – but I didn’t really get the sparks I was hoping for here. The one central area of mystery – would Missy side with the Master of the Doctor? – didn’t feel too weighty for some reason in the scheme of things.

Things have been left with both Simm’s Master and Missy seemingly on the way out, and the option to regenerate gone. But this being Doctor Who, there’s no such thing as a story dead end like that. Perhaps that’s why the episode didn’t really dwell on it any longer than necessary. What’s more, the Master/Missy narrative seemed pretty incidental to the series in the end to me, and that’s a disappointment too, given that the idea of Missy in the vault was written through the heart of this run (at least in the earlier stages). I’m not quite sure why, in hindsight. It feels like the story there was only three quarters told. There were threads teased – Missy going good, and the possibility that there was a regeneration between Simm’s Master and Missy. But The Doctor Falls resisted going too much into that, and as such, it felt as though the welcome return of John Simm was a little undercooked. I’ll happily take a spin-off episode though, if anyone at the BBC’s reading.

Surprisingly too, we got little in the way of the Mondassian Cybermen’s return. For long parts, I got the sense of a Time Of The Doctor feel from The Doctor Falls, with a weakening Doctor protecting a small community from an incoming threat. Last week, in World Enough And Time, even the build up to the Cybermen’s creation felt really sinister and creepy. Here, they stamped around a bit, but once created, there wasn’t much to do with them. A quick tap of a keyboard solved the immediate conflict, then shortly after the modern, less interesting Cybermen turned up, and were blown up. Then not much else.

I’m gratified that The Doctor Falls didn’t turn into just another blasting battle, but also, I can’t help but feel that neither the broader Cybermen (outside of Bill), nor Missy/Master, really got the narrative shrift they perhaps warranted.

“Somebody broke the barn. No biggie”

We did get a lot of good things, though. Rachel Talalay’s taut direction skillfully maintained a very sombre tone, and Steven Moffat’s resistance to whiz-bangs and fast action in his writing left lots of room for character. The pacing of series 10, in large parts, has been a little slower, and much to the benefit of the drama. There was a sense of that here, too.

Also, Moffat’s hard science-fiction idea, of a spaceship where time varies – to the point where even going up more than five floors would give the Cybermen years to build an army – remained terrific. Simple visual effects realised it well, too. The numbers in the sky were straightforward, but very effective. I said in the spoiler-free review, and I say it again: the idea of a full series run based on a ship like this would be a tantalizing one.

I do wonder if we’ve seen the last of Nardole. He was at his best here when the episode cut to the countryside, as we saw him orchestrating forces outside a besieged solar farm, with the fervor of Zulu or The Magnificent Seven. Matt Lucas’ knack for quiet, measured, surgically precise comedy delivery has been a real asset to the series, and I’ve enjoyed spending what time we’ve been allowed with Nardole. I do wonder, again in hindsight, how far the character has actually developed, though. Some weeks, he seemed to be comedy relief, some weeks more integral. But I do wonder if his importance to the overall story arc suffered as the vault mystery fell away. Not that I’m grumbling: I hope there’s room for Matt Lucas in the TARDIS at some point again in the future.

But still, inevitably, I come back to Peter Capaldi.

Over his time in the TARDIS, Capaldi has made me laugh, he’s chilled me to the bone with exquisite delivery of well-written monologues, and he’s also sold explanations to stories that sometimes needed a little bit of extra selling. Here, though, he got the tears in my eyes early, and by the end, I couldn’t help but feel inherently sad. His Doctor has felt for much of the series like he’s dying, and the very best parts of The Doctor Falls were the payoff to that. That quietly, we’ve been building to the best known spoiler of them all: that Peter Capaldi’s Doctor is leaving us. It felt like a more premature departure was being teased, but at least we’ve got another hour with him at Christmas to look forward to.

“You said you could fix this. You could get me back”

It seems somewhat appropriate that Steven Moffat’s last Doctor Who finale is set to be as heavily debated as many of the others. It has become a bit of a feature of his time on the show. The Doctor Falls comes at the end of a run of the show that shot out of the gates and gave us four or five strong stories in a row, before stumbling a little, then finding its feet again in the last week or two. It’s given us, in Pearl Mackie, both a star in the making, and a character to really root for. And it’s left the show ready for its inevitable mini-reboot, as new personnel take charge.

The Doctor Falls, for me, had some wonderful stuff, that Moffat on top form excels at giving us. It also had some interesting ideas that never quite bubbled up. I liked it, but felt it didn’t quite deliver on what had been set up. Yet the moments with Peter Capaldi – taking centre stage in an episode, something that’s not been too common throughout its run – had me utterly, utterly gripped.

The end, then, is nigh. Just an hour of the Capaldi and Moffat era to go. Roll on Christmas. Or not. Sob…

Our review of the last episode, World Enough And Time, is here.