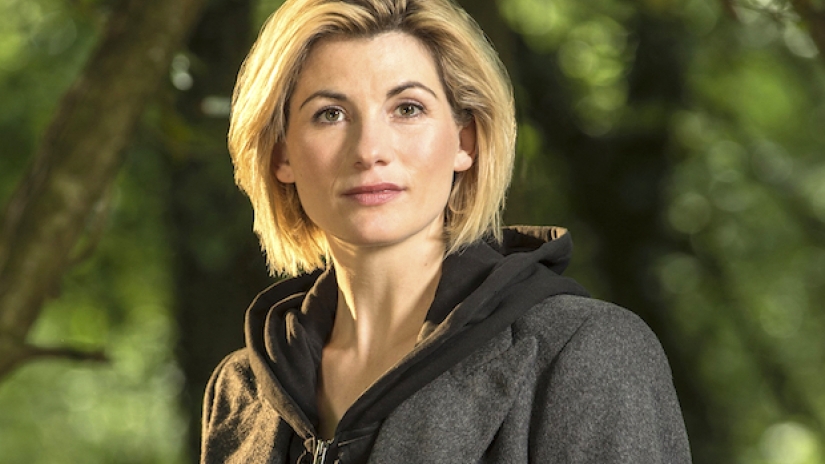 Jodie Whittaker says she's missed "the fun stuff, and probably the bad stuff" by not being on social media after her casting announcement…

In an interview with BBC Radio 6, Jodie Whittaker has given her first real thoughts about playing the newest Time Lord (Lady?) in Doctor Who.

Addressing a number of elements, she seemed overjoyed that the news of her casting was finally out there, after a post-Wimbledon video revealed the 13th Doctor.

As for being the first female Doctor, Whittaker spoke positively about mixing things up. “The people that are in these roles that we are excited by, are passionate about, or look up to, don’t always have to tick the same box, and that’s what’s really incredible about it.”

And it seems that after nabbing the role in the BBC’s long-running series, she was able to avoid a lot of the subsequent reactions.

“I’ve missed a lot of the fun stuff, and probably the bad stuff because I am not on any type of social media and never have been,” she said, before adding that she had seen one particular viral tweet, that of Jenny Trout’s daughter discovering Whittaker was to be the 13th Doctor. “There’s an amazing video of a girl watching it and finding out and it’s being played by a girl, and seeing things like that are really exciting.”

Chris Chibnall will be taking over from Steven Moffat as showrunner when Jodie starts her run on Doctor Who in earnest, and she thinks he’ll be able to add a new kind of perspective to the series. “He’s come from the fan point of view, so the direction he’s going to take it in is going to be amazing.”

Some of the previous Doctors – though she didn’t name names – have also reached out with a word or two, upon hearing the news. “The overwhelming sense is ‘this is such an exciting journey that you are about to go on, and it’s to be enjoyed.’ There’s no advice you can give because no person plays the part the same.”

Whittaker will replace outgoing Doctor Peter Capaldi in a forthcoming Christmas special. You can listen to the whole radio interview right here.