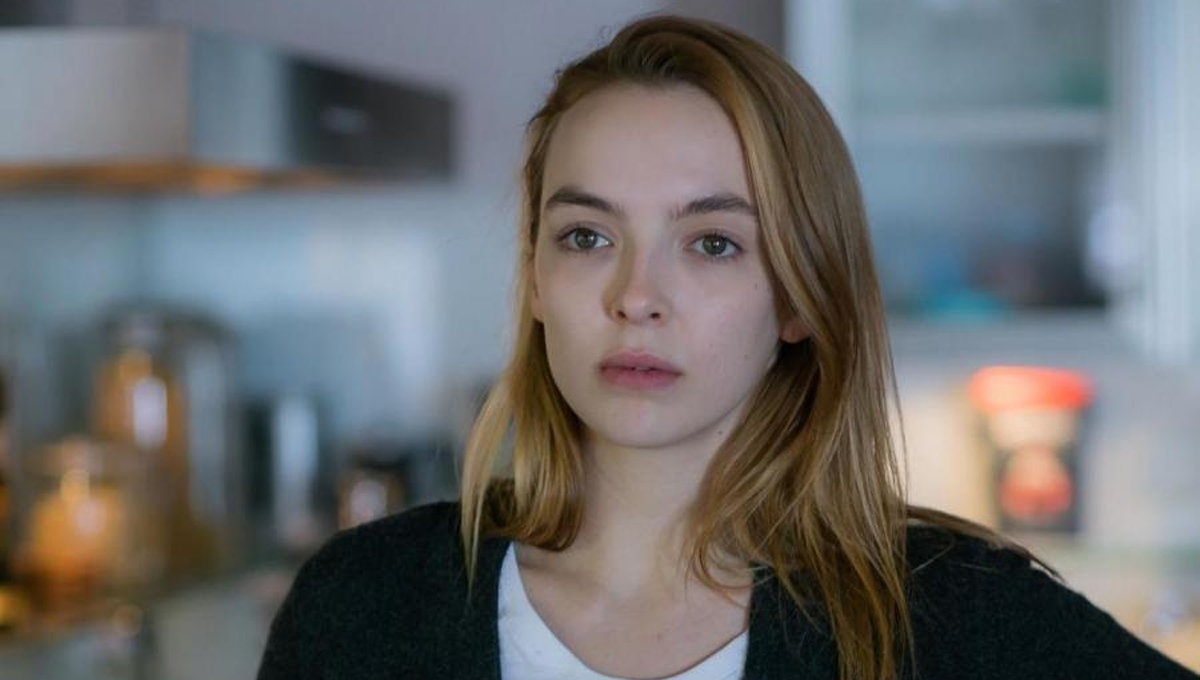 “First, do no harm.” I’m no doctor, clearly, but I’m nonetheless confident that the bioethical principle of non-maleficence extends to not running people over in your Honda CRV.

Simon Foster however, is not people. He’s six foot of smugness in a skinny tie, a cock-led, self-satisfied bullshit artist who’d do well not to keep marrying women who are cleverer than him. I don’t mean Gemma—that one has blind spots the size of whole continents—I mean Kate. Episode four was Kate’s episode and Jodie Comer ruled it like the empress she is.

It was prescient of Doctor Foster creator Mike Bartlett to take the precaution of writing a proper character for Kate in series one. Yes, she was young, beautiful and under Simon’s spell, but Kate was always more fleshed out than a cardboard cut-out TV mistress. She was also smart, arrogant, deceitfully manipulative (remember the fake pregnancy termination test she set Simon?) and had a cruel streak – i.e. very much Simon’s type.

Bartlett’s storytelling masterstroke was making Kate’s family rich. Wealth gave Kate and her parents power over Simon, and if this series is about anything, it’s about power. Simon swaggered back into town to lord the trappings of his success over Gemma, and it’s taken until now for us to learn that it was all a sham. None of it—the house, the business—belonged to him. Simon was simply being allowed to sit in the passenger seat pending a parole report on his good behaviour.

Kate’s firm stance on Tom not living with them last week hinted that Simon wasn’t the decision-maker in their marriage, and this week, three words revealed exactly who held the power. “I dare you,” Kate told Simon, silencing his plea for her to reconsider her ruling on Tom. Simon was literally on his knees at that point, looking up at a seated and commanding Kate – subject and queen.

Later, in the kitchen scene at which Kate confronted Simon, he was on his feet but she was once again seated and still. He faffed and squirmed and gestured while she stayed put. The body language was repeated in the climactic scene of Simon’s downfall– his erratic movements were countered by her absolute composure. I haven’t enjoyed a line delivery as much as Kate’s imperious, driving-away “Have her!” in an age.

That’s right, Simon’s downfall. In addition to showcasing the talent of Jodie Comer (I’d have expected an episode this light on Suranne Jones to feel somehow wan, but Comer, alongside the always tremendous Bertie Carvel, delivered the goods), episode four provided the most enjoyable schadenfreude on the BBC since Neil Hamilton lost his Tatton seat.

Pride comes before a fall and we just watched Simon take a headlong dive off Tosser Mountain, mate. That’s us now, laughing at his crumpled body on the rocks below. Kate and family’s departure was so enjoyable, I immediately rewound and watched it again. And then another time. Possibly once more for luck. I wouldn’t describe myself as a cruel person, necessarily, but Doctor Foster invites blood lust from its characters and viewers both. I may print out a screengrab of Simon slumped against the never-to-be-unlocked door of his million pound modernist mansion shouting at Gemma like a teenager whose PlayStation has been taken away, and frame it. I could get a t-shirt made.

The rest of the episode involved some chronology play and another of Gemma’s careful plans. The whole thing was set up to lead us to suspect some threat to baby Amélie (surely no coincidence that Grandad selected a tiger from the toybox), but of course, there was no such danger. If Gemma made a move against a child, she’d be impossible to root for.

Speaking of which, though the episode answered a couple of mysteries for us—what was in that wedding gift, the source of Simon’s money—it left one tantalisingly unsolved. What did Simon tell Tom about his mother? New theory: he told Tom about the scissor trick she pulled in the series one finale and convinced him that his mother was a threat to his safety.

The plan involving Anna, Sian, Kate’s mother, the planted address notes and the fake estate agent was convoluted and silly, yes, but it was also typical of Gemma, who, judging by her ability to conceive of and pull off such a complex scheme in such a short space of time, should now be placed in charge of Brexit negotiations.

Gemma could have simply phoned Kate, but instead set up an elaborate trap designed to provoke maximum paranoia. If Gemma was the bad fairy at the christening in episode one, this week she was Kate’s fairy godmother (“It won’t feel like it but tonight’s a good night. You’re not going to waste fifteen years and you’re not going to bring your child up with a man who will damage her. Tonight’s when you escape.”)

Would a woman so well-versed in scheming really be so impulsive as to run down her ex in a four-wheel drive? Doubtful. And yet, we just don’t know. Unpredictability is Doctor Foster’s weapon. It’s created characters so selfish, injured and vicious that almost anything’s possible. And with this cast playing them, whatever does happen is guaranteed to be a nasty delight.