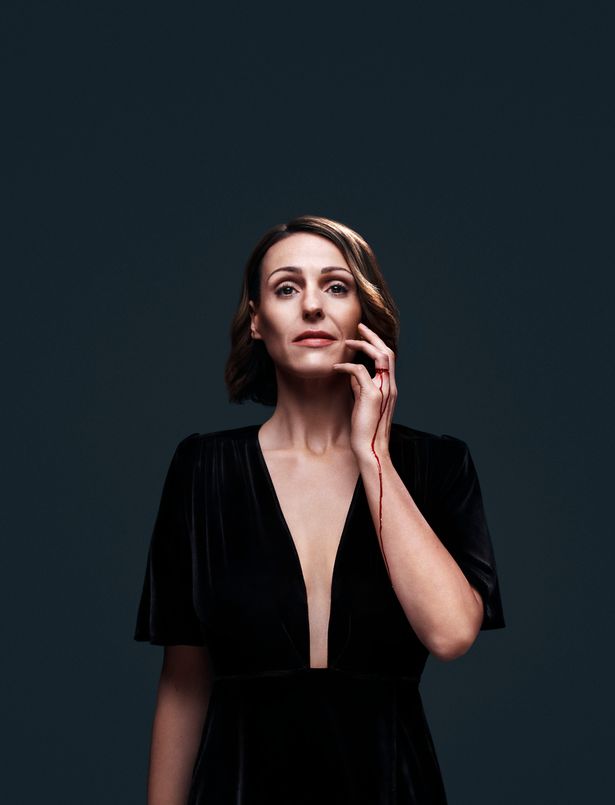 Doctor Foster series 2 is back in fierce, fine form with an episode rich in psychological warfare…

During the first series of Doctor Foster, it was possible, if only for the briefest of half-seconds, to feel sorry for Simon Foster. Yes, he was a lying, cheating rodent who’d spent two years humiliating a woman he professed to love and making a mockery of the life she’d built with him in good faith, but there was something… hapless about him. Bertie Carvel’s lopsided grin ensured it. Simon’s business was a shambles—as his accountant said, he could barely add up—and pitted against clever, ferocious, injured Gemma, he seemed woefully out of his depth. He was certainly no master-villain.

The last two years in London have changed him; Simon’s back and honestly, it’d be easier to feel sorry for Piers Morgan. He’s smug, arrogant and entirely uncontrite about the events of last series. He’s bulldozed his way back to Parminster to take up his rightful place, fracturing the fragile peace Gemma had built in his absence, and set his sights on stealing their son and erasing her from existence. In other words, it’s war. Bad for them; terrific for us.

Mike Bartlett’s domestic noir took a couple of episodes to get going in series one, but not here. With the characters already established—worthless Simon, dangerously unpredictable Gemma, tougher-than-expected Kate—the casual cruelty, sexual warfare and mind games are already underway.

Series two gets things going by delivering Gemma a couple of hefty blows. First, Simon, Kate and daughter Amelie are back in town and living in the kind of flash architect-designed home that would have blown its budget twice by the third ad-break on an episode of Grand Designs. Gemma thought she’d stemmed Simon’s cashflow by blackmailing Kate’s rolling-in-it dad, but her ex seems to have landed on his feet without him. Mystery one: where did he find the funds to pay for that glass-fronted considerably-richer-than-you house?

Next, Simon wants Tom, and by the end of episode one, he has him. What manipulation has gone on to bring that about we don’t yet know. Nor do we know (though we might imagine it) what life has been like for Tom these past two years. Mystery two: why has Tom left his mum?

Series one was thrilling because while Gemma was unarguably the wronged party, she certainly wasn’t benign, nor were her actions always justifiable. She wasn’t above using Tom as a tool to humiliate or frighten Simon. Gemma’s an animal, we were told. That’s what attracted Simon to her in the first place. (“Were you always like this?” “I think you know I absolutely was.”) She knows exactly how to hurt people, we learned. That’s what made her so compelling a character. We could never be sure how far she’d go. Now it’s a case of not knowing how far Simon will push her.

The threat of violence lurked throughout this episode, from the blade slicing those party invitations in the opening moments to the acid dissolving the wedding ring before the mighty Suranne Jones trained her steely gaze on us. The only way Simon will leave Parminster is in a coffin, he told her. Good to know, she replied, then later, calmly packed her medical bag full of syringes. The way Simon’s behaving right now, could you blame her? (Those last four words might as well be the tagline for series two, superimposed over an image of Simon’s self-satisfied ‘you need to move on’ face.)

The episode was so thick with menace that every location in Simon and Kate’s new place was another door opened on a potential murder scene. You could imagine corpses collapsed on that bed, crumpled at the bottom of the stairs, floating face down in the pool… Director Jeremy Lovering imbued it all with delicious foreboding.

Suranne Jones and Bertie Carvel, once again, spiked each of Gemma and Simon’s scenes with real intensity. He’s now as dislikeable as she is unpredictable – the perfect central pair for this vivid psychological drama to wrap around. Jodie Comer too, clearly has the stuff required to do justice to Bartlett’s careful writing and make Kate more than a twenty-something mistress type. Which reminds me, mystery three: what’s Gemma’s wedding present to Kate?

There was fresh blood too, from Sian Brooke (Sherlock) as Gemma’s insufferable new colleague, and Prasanna Puwanarajah as her new squeeze James, who should clearly run a mile in another direction and not look back after that Twitter-thread-worthy disastrous first date. Pain, suspicion, moves and counter-moves… this cast are clearly equipped for it all.

All in all, it was a fierce return for a series that, in 2015, transformed the most ordinary of premises into a captivating drama with a towering central performance. The best revenge is a life well-lived, it’s said. Well that rather depends, doesn’t it, on how ready your access is to potentially fatal medical supplies…

Read our recap on all the action from Doctor Foster series one here.