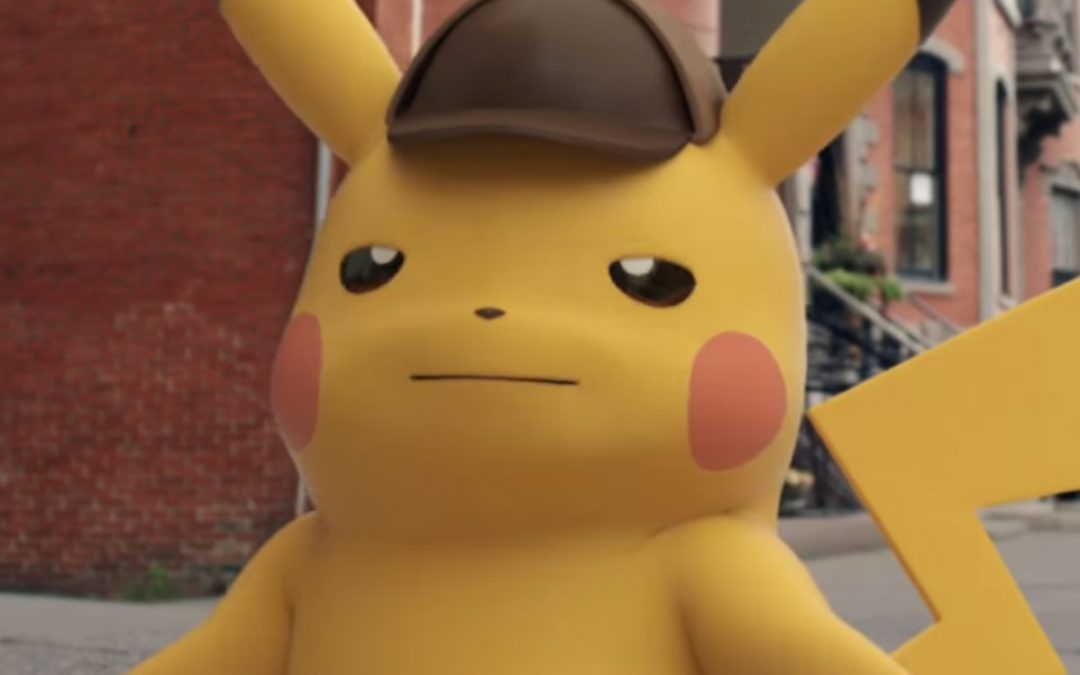 The legendary Pokémon gets its own movie later this year.

The most famous rodent since Mickey Mouse is set for its own feature film. The live-action Detective Pikachu movie, based on the 2016 Pokémon video game Great Detective Pikachu, will hit cinemas on May 10th 2019. The UK release is likely to be around there too.

Ryan Reynolds stars (in motion capture) as Pikachu. The cast includes Justice Smith (Get Down), who will co-star as a kid investigating the disappearance of his missing father, and Kathryn Newton (Big Little Lies), a “sassy journalist” who helps Smith’s character and Detective Pikachu on the case. Rob Letterman (Goosebumps) directs. Legendary Entertainment is producing the film, with Universal Picture distributing it.

The Pokémon franchise took on newfound relevance in 2016 with the release of the mobile app Pokémon Go. The mainstream phenomenon of the app continued through most of 2016, and sparked a bidding war for the franchise’s movie rights. Legendary Entertainment won the bidding war, and opted to develop a big-screen spinoff of Great Detective Pikachu. The game centres on the beloved Pokémon who turns into a crime solver and get this: it can actually speak and not just say its name!

Four Pokémon films, all animated, have received theatrical releases in the US. The last film, Pokémon 4ever, fizzled at the box office in 2002. That’s not stopping all concerned better on a big screen comeback, though…!