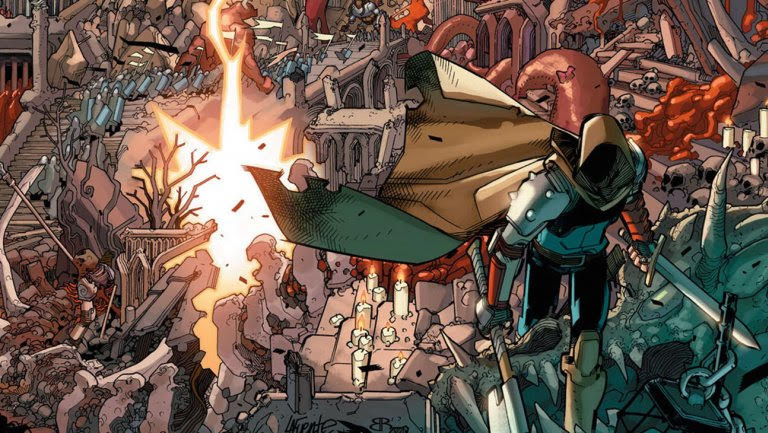 Let's add an Eternal Warrior movie to the expanding slate of the Valiant Cinematic Universe, as Dave Bautista announces the project…

Dave Bautista, the actor best known for his portrayal as Drax in the Guardians Of The Galaxy movies, recently let slip an interesting tidbit about an upcoming project.

Glad you asked cuz I’m really excited about EW. We are currently working to get the script fan worthy and then we’ll be full on from there. https://t.co/aHO7DVPBVY

Gilad Anni-Padda is one of three immortal brothers (along with Ivar and Aram Anni-Padda – we’ll come back to them) who gained immortality and limited super powers from a mysterious artifact in Ur. Gilad becomes the designated defender of the Geomancer, the chosen defender of Earth. His long life made him a badass soldier, expert in any form of combat known to man.

No Eternal Warrior movie had been previously acknowledged by Valiant. We’ve known about Bloodshot, Harbinger, and Archer & Armstrong movies, all at various stages of development, for some time now, but a movie starring Gilad is a new development. Rumour is that it will be somehow involved with the Archer & Armstrong film, which makes sense. Aram Anni-Padda, after becoming immortal, becomes a drunk and goes on to have zany adventures with his recovering fundamentalist best friend Archer.

Dave Bautista’s already made one character his onw with Drax; Eternal Warrior could add another comic book character to the list.

More on this as we get it.