Dark Matter has been cancelled 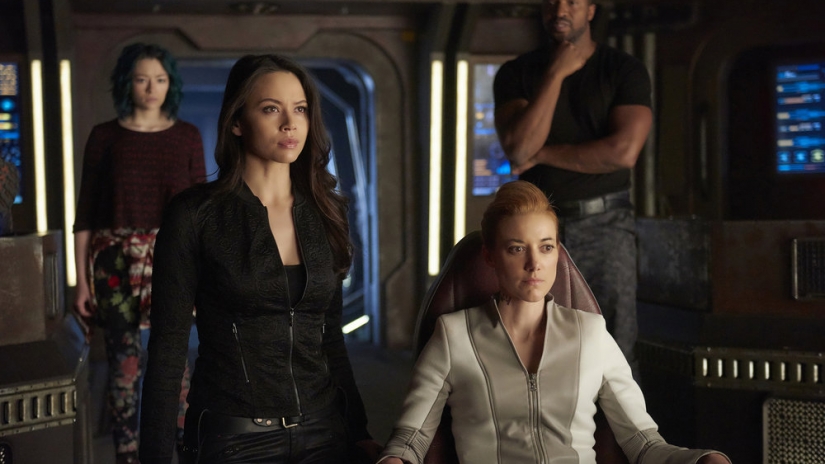 Sad news for fans of SyFy’s Dark Matter: the show has not been picked up for any further episodes.

The third season of the series, based on Joseph Mallozzi and Paul Mullie’s graphic novel, came to a close last week, and with news breaking that Killjoys had been renewed for another two seasons, hopes had been raised that Dark Matter would receive the same treatment.

Unfortunately, this was not to be, and word of the cancellation hit the crew behind the cult favourite hard.

“It is with great sadness that I confirm the news. Syfy has cancelled Dark Matter after three seasons,” co-creator Joseph Mallozzi confirmed on his blog. “To say that I’m incredibly disappointed would be an understatement. I’ll save my comments and field your questions in a future blog entry. For today, I just want to extend a heartfelt thanks to my amazing crew, my wonderful cast, and to all of you, our incredible fans. You all deserved better.”

Fans had been giving the show one last push of support online last week, and the cancellation news has certainly come as a shock to some – Dark Matter‘s ratings have not only been on par with other successful series on Syfy, averaging over 600,000 weekly viewers with a 0.15 share of the 18-49 audience; it has also improved in the Live +7 ratings substantially, sometimes as much as 200%. These numbers have also remained steady across three seasons, which is rare for any series and shows that the audience has been sticking around.