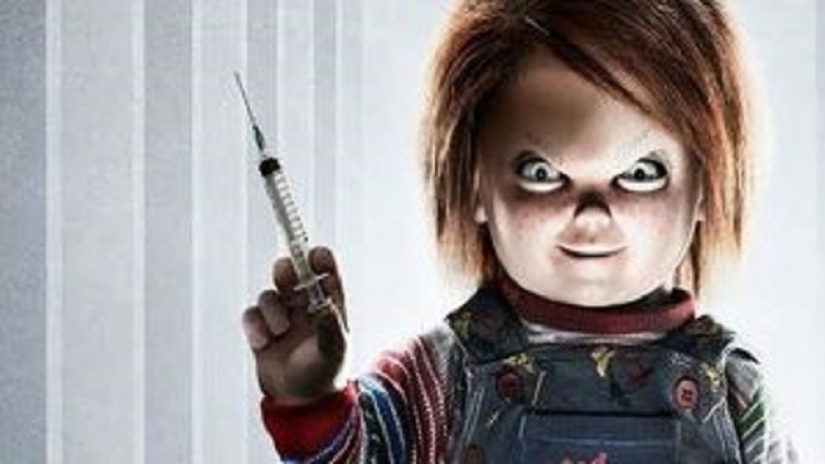 In Cult Of Chucky, the murderous doll returns to wreak more havoc, but is the seventh film in the franchise anything to get excited about?

It might sound like a very silly thing to say, but the Child’s Play franchise has always remained fairly grounded.

Despite the ludicrous central conceit – serial killer Charles Lee Ray has used a voodoo ritual to transfer his soul into a mass-marketed child’s doll; slashing ensues – Chucky hasn’t ever been to space. Y’know? We’ve never had a Chucky In The Hood. There’s no Chucky Vs Annabelle in the works (that I’m aware of). The killer doll may be utterly demented, but even during his weirder adventures he’s always stuck to doing what he loves best: terrorising unfortunate people who have unwittingly crossed his path. It’s one of the reasons why the Child’s Play movies still work.

The ongoing creative control wielded by writer Don Mancini, who returns to helm this most recent outing, is also key to their steady-but-low-key success. Cult Of Chucky is a pretty straightforward continuation of the previous film’s story, but Mancini makes the next step feel more assured than expected.

The ostensible Dream Warriors of the franchise, Cult finds our returning heroine Nica (Fiona Dourif) a little further down the road from where we left her at the end of Curse Of Chucky, as she’s locked up in a new psychiatric hospital run by the eerily Victor Garber-esque Dr Foley (Michael Therriault).

Nica’s been convinced that the murderous doll who destroyed her life is a mere figment of her imagination, and that she’s the real villain behind all that slicing and dicing. As she tries to make herself at home in this medium-security facility, meeting various other patients with serious issues (Adam Hurtig among them, who returns in a much juicier new role after a brief appearance in Curse) and wheeling herself through the corridors, encountering one vision of Chucky having his gory fun with the residents and employees after another, Nica starts to question whether she’s actually become the killer everyone thinks she is.

The hospital itself is almost blindingly light and clinical, and as the snow falls outside, the entire setting benefits visually from the well-worn stylistic trick of using blood red against pure white – a trusty effect in other horror gems like Silent Night, Deadly Night, Dead Snow and Let The Right One In, to name but a few. Mancini’s turn on Bryan Fuller’s beloved NBC series Hannibal also seems to have stuck with him, and we get a nice touch of that vibe weaving through the piece.

Without spoiling any of the film’s surprises and new spins on the mythology, it’s a terrifically fun watch, but whether those who aren’t keen on the Chucky movies will warm to this one especially, it’s hard to say. There are certainly more than enough references to the first 6 movies to make someone completely new to the party feel a little lost.

For fans of the films, though, it’s likely to be a good ride. Where Curse may have plodded a bit, Cult clips along at a refreshing pace, never losing any aspects of the story it needs to keep you engaged, and it brings some of the wacky tone from Bride and Seed together with the rather more serious nature of the first three films in such a way that you can genuinely stand back and appreciate Mancini as a filmmaker that has finally hit his stride.

Will there be an eighth film? Who can say, but Cult Of Chucky delivers a smooth, neat and gleeful charm, so maybe the franchise hasn’t run out of steam just yet.

Cult Of Chucky will be released on DVD and Blu-ray on October 23rd. It premiered at Horror Channel FrightFest.