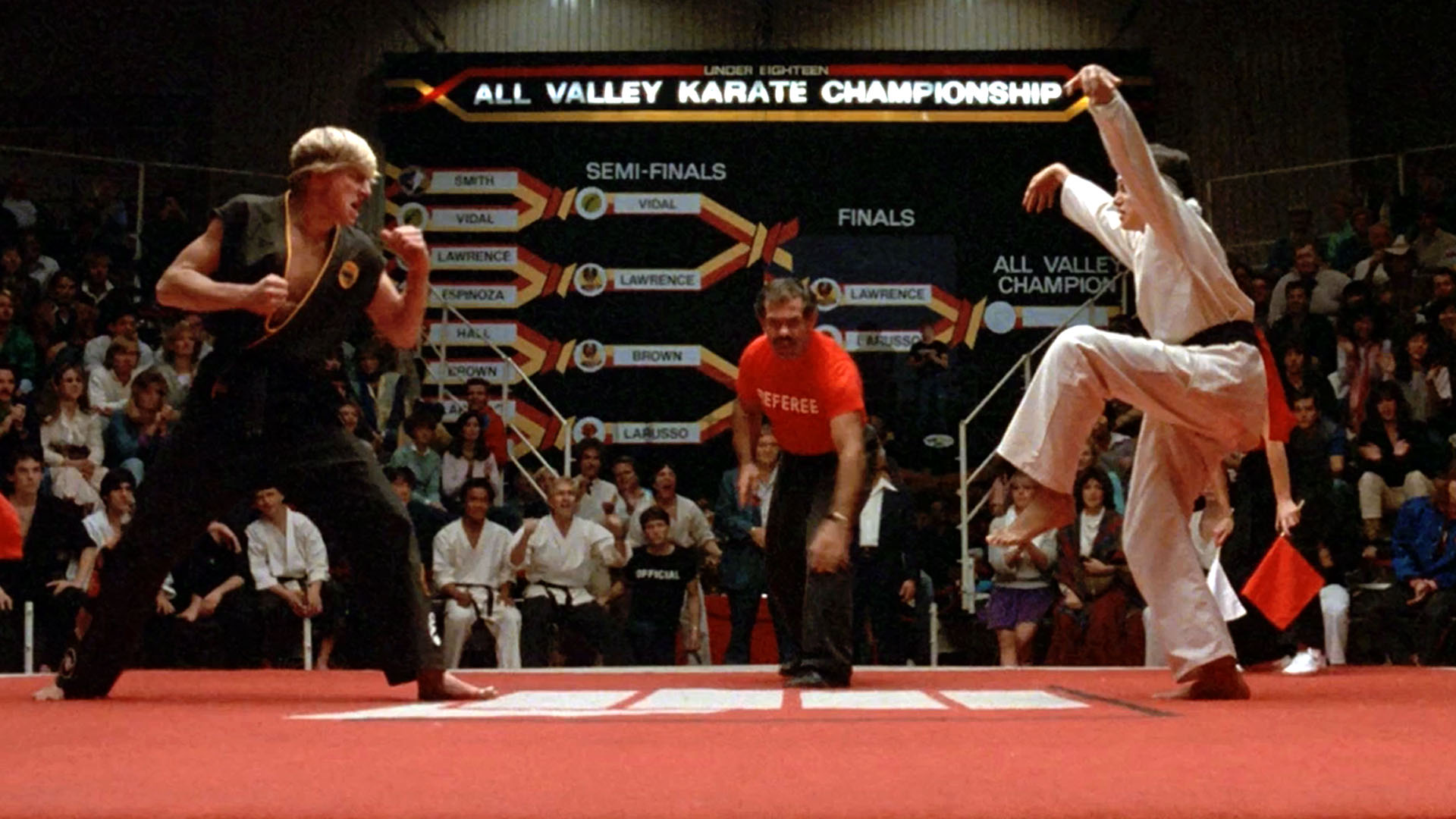 Cobra Kai will be a half hour comedy on YouTube Red, and it's a sequel to the original Karate Kid movies…

Get ready for The Karate Kid to become a TV series on YouTube Red.

Cobra Kai is a 10 episode, half hour comedy that will see Ralph Macchio reprise his role as Daniel LaRusso and William Zabka return as Johnny Lawrence. Macchio and Zabka are executive producing the series with Jon Hurwitz and Hayden Schlossburg. Hurwitz and Schlossburg, whose credits include Harold And Kumar Go To White Castle, are writing it with Josh Heald (Hot Tub Time Machine).

Cobra Kai is set in the present, with the middle-aged Daniel dealing with the loss of Mr. Miyagi, and a “down and out” Johnny who decides to reopen the Cobra Kai dojo. Presumably, hilarity ensues.

“Like everyone who grew up in the 1980s, the three of us are enormous fans of The Karate Kid​,” Heald, Hurwitz, and Schlossberg said in a statement via The Hollywood Reporter. “Cobra Kai​ will be a true continuation of the original films — packed with comedy, heart and thrilling fight scenes. We can’t wait to reignite the LaRusso-Lawrence rivalry, and we’re thankful to our partners at YouTube Red, Sony Pictures Television and Overbrook for their shared enthusiasm in making our dream project a reality.”

1984’s The Karate Kid was directed by John G. Avildsen, and kicked off a new wave of martial arts pop culture mania in America. It was followed by three sequels of increasingly diminished returns, as well as a 2010 reboot. This will be the first revisiting of the “original” Karate Kid continuity since 1994’s The Next Karate Kid, which starred Hillary Swank.