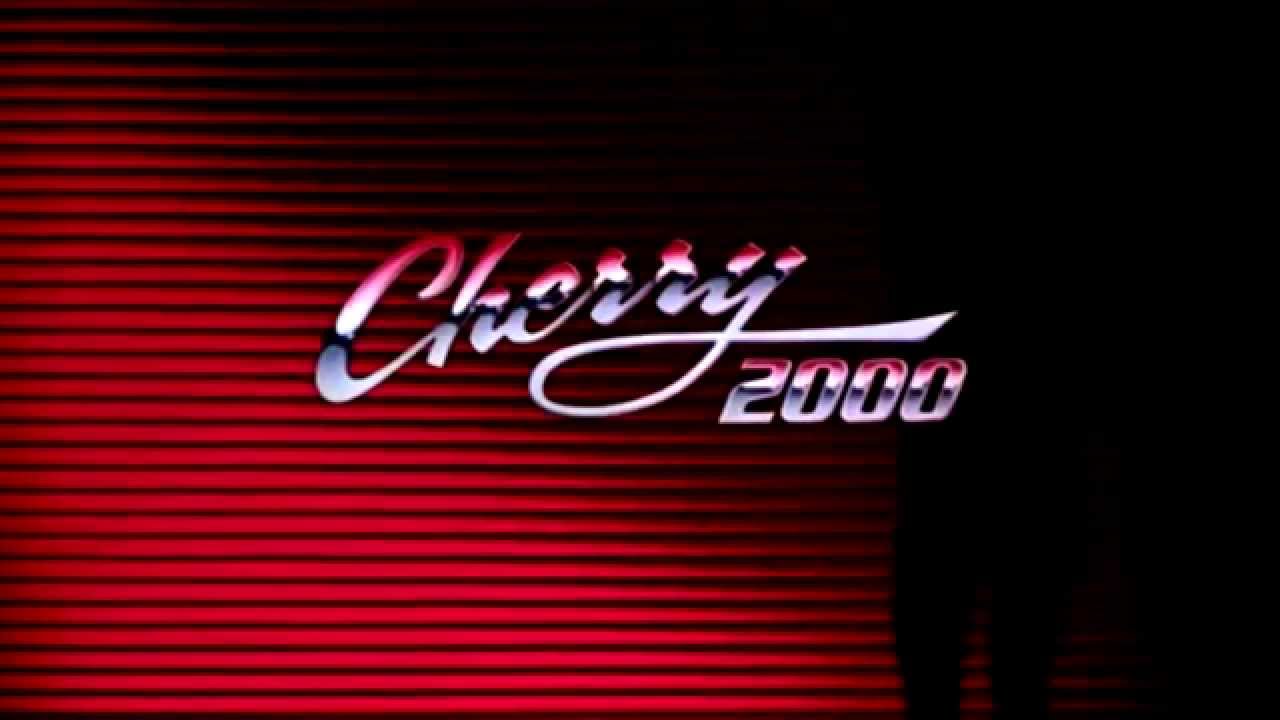 This article contains spoilers about Cherry 2000…

To a sheltered girl growing up on the outskirts of the New Forest, where the most exciting thing happening in 1988 was a demonstration day at the village candle-making shop, the trailer for Cherry 2000 landing at the start of nearly every VHS rental atop the shelves was an event. This film promised to be the height of 80s futuristic sci-fi hedonism – explosions, hot sex robots, outlandish stunts, apocalyptic gunfights and Melanie Griffith taking her top off again.

Did it deliver? Kinda, but in order to establish why the movie failed to ignite the masses, we’ll need to rewind a little further back in time and teleport to a little place full of glitz, glamour and showbusiness called Hollywood, where you’d most likely have found a room somewhere full of frantic execs with no goddamn clue what to do with Cherry 2000.

The debut feature from Steve De Jarnatt, who only made one single subsequent film (cult nuclear apocalypse thriller Miracle Mile), Cherry 2000 was a tough sell.

“Let’s see, it’s a comedy,” producer Ed Pressman told the LA Times in the back half of ’87, having a crack at it. “And a romance. And it’s science fiction. And it kind of resembles The Road Warrior. And the art direction has a New Wave sensibility…Not an easy film to describe.”

It really, really isn’t, but “it makes a statement, a positive statement, about love” he added.

Director De Jarnatt was less reluctant to admit defeat, however. “It’s a likable film – no one who’s seen it hates it, or anything. It’s also kind of a soft film. I don’t think anyone really knows how to market it.”

I mean, no one who’s seen my cooking hates it or anything, but if you’re expecting a gourmet meal you may as well jog on.

Ultimately, after delaying the US release of Cherry 2000 twice, Orion Pictures gave it a shot over in some of Europe’s cinemas and it eventually hit rental stores worldwide late in ‘88, a full three years after it had wrapped. At a cost of $10 million, it only recouped $14,000 of its budget. Oof.

It’s currently rocking a steady 5.4 over on IMDb.

If you’re unfamiliar with the film, it essentially tells the incredibly slight tale of hapless Sam Treadwell (David Andrews), who breaks his sex robot and endeavours to get her up and running again. While real flesh-and-blood women, accompanied by their lawyers, bust balls in nightclubs over what they will or will not consent to during casual sexual encounters – the far-right areas of Reddit could happily file that under “this is the future that liberals want” with a straight face – Treadwell is perfectly and blissfully happy with his treasured robot Cherry. Although she doesn’t know who invented Vaseline (don’t ask), she satisfies him where it counts, and she cooks a mean burger. The film depicts Treadwell as fairly useless, and he quickly gets into trouble hunting down a Tracker to help him retrieve the robot he so desires. E. Johnson (Melanie Griffith) eventually takes pity on the poor dude and they head into Zone 7, where she quite bafflingly falls in love with him. He’s then faced with an ultimate choice: is it really Cherry he wants, or living, breathing and unquestionably attractive gunslinger E?

It’s pure nonsense, but there’s one thing that makes Cherry 2000 more relevant today than it’s ever been: it’s set in the year of our lord 2017.

So how close to the mark was it when envisioning our day-to-day lives?

Well, there aren’t any dog-eat-dog apocalyptic wastelands in play in Actual America 2017, although their current leader seems to consider that a work in progress. And the home décor? Yeah, not so much, but that Pac-Man light thing looks pretty cool. Dangerous and possibly catastrophic if not hung properly, but cool.

And, to be honest, I could really use one of these sink domes for every time I accidentally run a spoon under the tap. Game-changer.

The tech’s not exactly on the money, either. We can probably agree on that. The sex robots, though? More popular than ever – the real 2017 inevitably managed to lean into that whole thing. Currently, there are four main manufacturers of sex robots, and experts claim that the rise of the increasingly more realistic bedfellows is a good thing for humanity, helping those who struggle to form intimate relationships establish the kind of closeness that escapes them.

“If we are talking about individuals who are not only disabled but have been traumatised, in some ways this could be a beneficial instrument, if you will, to help them in their [sexual] healing process,” explains Dr Aimee van Wynsberghe, assistant professor in ethics and technology at the Technical University of Delft. “There are absolutely some benefits to the technology but, like everything else, there is a balance. You have to strike a balance between lack of regulation – so we have all different uses and personifications of children and women as sexual objects – or you have overregulation and you stifle the technology. You have to find the way to balance so you really can harness the good.”

Whether we can find the right balance when manufacturing sex robots in the future is still up for debate, but right now people can freely buy and swap the robots and their parts publicly – there are likely no shady deals being hashed out for specific adult-sized ones in the darkest corners of the internet, let alone in the middle of the desert.

Cherry 2000 offers no deeper reasons other than straight eros for Treadwell’s infatuation with his own robot, but moving on from the technology of it all, if the film is actually trying to make a positive statement about love (as Ed Pressman insisted way back when), its theme certainly still carries weight in 2017 – picking a partner who challenges you over one who regularly bends to your will is a choice that plenty of people will have to face in their lives.

And although this movie is basically about fucking a robot to death and dealing with it, it also poses this fairly simple question to both the audience and its central character: what do you think you want, and what do you really need?

Griffith’s Tracker E is less than perfectly written – her personality is so thinly sketched that she wildly vacillates between her two core features of ‘desperate, love-starved gal’ and ‘total badass who will equalise your ass’ – but she’s unpredictable, and is even ready to ditch her own desires if it means she doesn’t have to compete with the kind of woman she never wants to become.

Treadwell, meanwhile, finally weighs up the pros and cons of being with someone that might say “no”, decides he won’t be a Man Going His Own Way, and abandons Cherry for new ground.

Kinks aside, love is love.