Captain Underpants: a superhero who needs your help 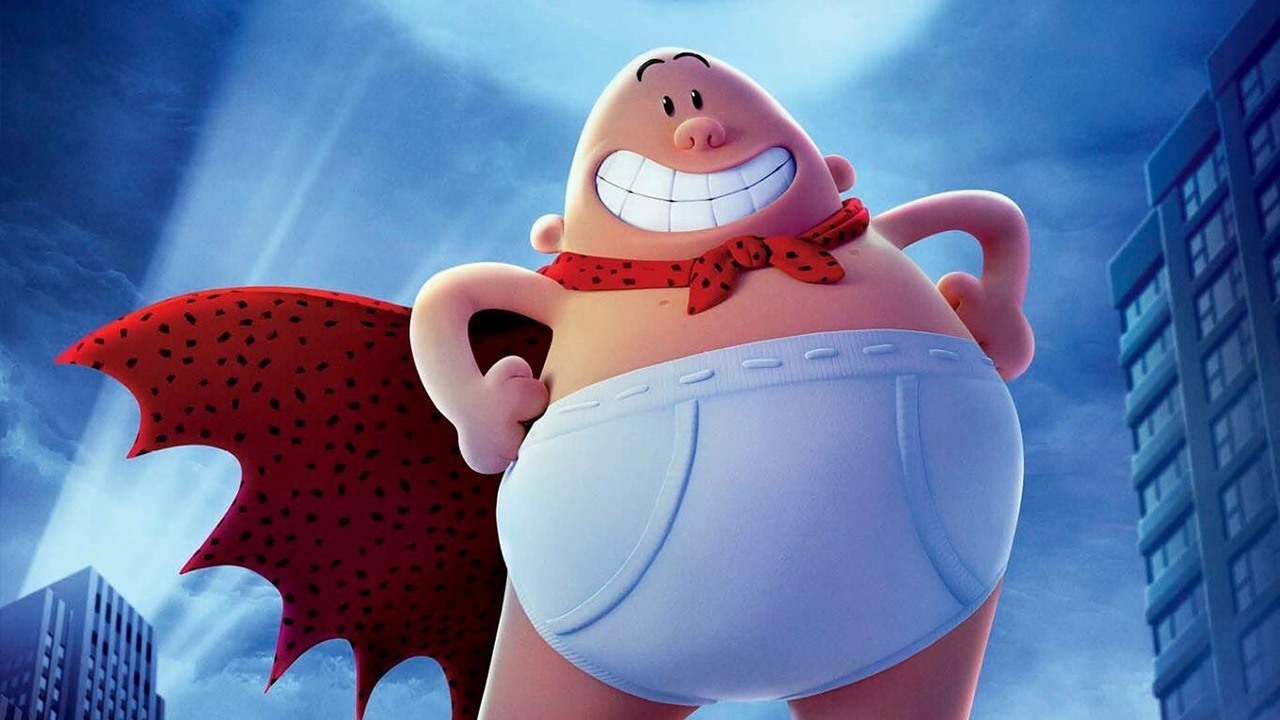 One of the best family movies in ages is struggling at the box office. We take a look…

Trawling through the box office totals for 2017’s family movie releases is not the cheeriest of jobs. For me, the two most entertaining and funniest have been The LEGO Batman Movie and Captain Underpants. Both have the best written gags I’ve enjoyed at the cinema all year, and both have found their box office slightly depressed.

The LEGO Batman Movie, for all the noise it rightly made during its release period, actually recorded box office totals a good deal less than most of us would have expected a) for a LEGO movie, and b) for a Batman movie. Still, Warner Bros’ marketing machine is busy selling DVDs right now to right that wrong.

But the underperformance of Captain Underpants is borderline criminal. Based on the excellent series of children’s books, the film was one of those that survived the assorted DreamWorks Animation slate culls that followed both the studio shuttering its PDI-based studio, and then the subsequent sale to Universal. What we were told at the time was that the less complex visual animation requirements for the Captain Underpants movie made it a more economical bet for DreamWorks, and the project pressed forward (with the animated itself outsourced to Canada, rather than handled in-house at DreamWorks Animation’s main Californian facility). As it happens, it’s the last to be released by 20th Century Fox, ahead of DreamWorks films being brought into the Universal fold.

Not that 20th Century Fox didn’t put in a shift. Following the approach it followed with the successful launch of The Boss Baby earlier in the year, Fox spent heavily on advertising and promotional work. Anybody taking their kids to a UK cinema to see something else in the build-up to Captain Underpants’ July debut over here couldn’t have failed to see the trailer for the film, that seemed to be playing in rotation.

But it doesn’t seem to have worked. Less than a month since its debut, and in the midst of the school summer holidays, Captain Underpants has already dropped out of the UK top ten at the box office. The far inferior Despicable Me 3, meanwhile – which uses Minions to paper over its unambitious story and script problems, Shrek sequel style – is coining it in. That’s grossed £40m and counting in the UK so far. The horrific The Emoji Movie meanwhile, the film that tries to sell Dropbox to under 10s, has earned £6m in a fortnight. Captain Underpants, a month into release, has scratched around £5m. The Emoji Movie is, genuinely, a cretinous film, cynical to the point where it may as well hand you money off vouchers for the many products it advertises even as it simultaneously proves the scientific theory of time dilation in front of your eyes. That it’s enjoying the success it is, right now, is encouraging someone in Hollywood to at least have a chat about a sequel.

Captain Underpants, meanwhile, has no chance of getting one as things stand. Unless, by word of mouth, by a sudden resurgence, by any means necessary really, it finds an audience soon.

Right then. I firmly believe it’s incumbent on websites such as these to go into bat for films that deserve better. With that in mind, and as a parent frustrated at the surrogate babysitter-fare that passes for family entertainment, that’s what I intend to do now.

When I went to see Captain Underpants: The First Epic Movie (a title that teases more films that are virtually certain not to happen now), I took my 13-year old, my 9-year old and my 4-year old. All of them – and me – laughed their proverbial socks off. Not little guffaws. Not mild chuckles. Belly laughs. We started laughing at the start, we were still going be the end. A family audience, genuinely laughing at the same thing. No need to layer in an overt ‘adult reference’ joke. The core gags proved more than capable. It was interesting too just what they my kids laughing at. Going back to the Minions again, Illumination knows that even in the midst of a very ordinary film, it can call in the dungareed critters to prat around for a few minutes and breathe in some life.

In the case of Captain Underpants, it appeared to me a comedy where someone has worked really, really hard at script stage to make the jokes work. The laughs come regularly, but also, there’s not one in there that doesn’t feel earned in some way. This wasn’t a film found in the edit, or that was lifted by production improvisation. Something bothered to absolutely nail the script first.

And lord, can you tell. I’ve watched comedies aimed at the full breadth of the cinema-going audience this year, and not one of them has landed as many jokes as this.

Even beyond that, though, there’s a stylised animation style that just fits the adaptation perfectly. Director David Soren previously put together DreamWorks Animation’s Turbo. I quite liked the film, and his eye for character and staging standout moments was evidence in the midst of it. Here, even more so. Soren gets the characters, and gets that some of his audience will come to them form loving the books they originated in. He contributed to the script that’s primarily credited to Nicholas Stoller (who himself was behind the muddled Storks last year), and they pretty much nail it. It’s curious why the film’s not connected with more people, but I suspect it’s just because they haven’t seen it. It’s hampered, of course, by not being part of a major pre-existing franchise (something’s that just about spluttered Cars 3 over the line), and in the midst of a summer where expected hits have underperformed, there are mitigating factors. But as this is being written, the film’s worldwide gross – worldwide – is $95m.

Granted, lots of films out there don’t get the box office they deserve. The difference right now is that there’s still something we can do about this one. It’s a real treat.