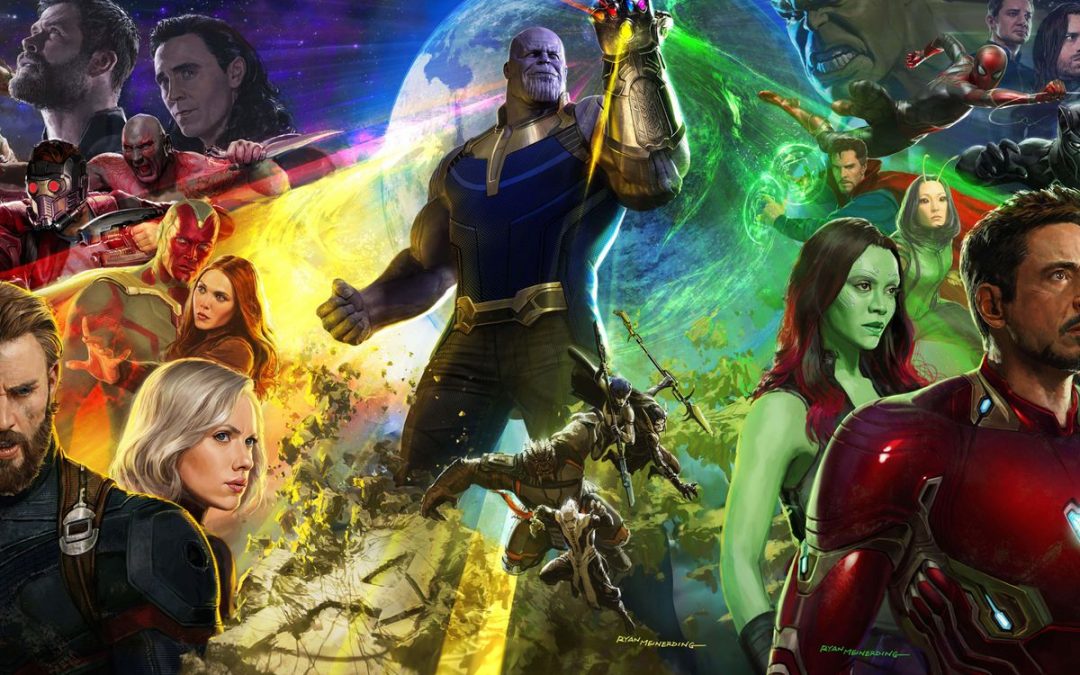 Avengers: Infinity wars, the 20th instalment in Marvel’s film franchise and arguably one of the most highly anticipated and most ambitious films of all time. Infinity war exceeds expectations and does far more than just live up to the hype building up to it since the Mad Titan’s first appearance in Avengers 2012 as well more than good enough to erase all memory of  2015’s underwhelming Age of Ultron.

The movie is action-packed from start to finish with Thanos being present in the very first scene on his feet and not sitting on a chair for the first time in 6 years. This constant action with very moments of calmness in between help get across the seriousness of our heroes current predicament.

And the battles between our beloved yet divided heroes against Thanos’s and his legendary Black Order are spectacular with the exception of how the easily some members of the black order were defeated. The movie more than makes up for the Black Order’s shortcomings with the unstoppable, immovable force that is Thanos, a “villain” who dethroned Killmonger as Marvel’s best villain, but in my opinion, Thanos is more of an antagonist than a villain.

I say this because unlike most Marvel villains (with the exception of killmonger) Thanos’s goal is one that some would call noble despite the casualties. The Russos depiction of the Character differs heavily from the comic version which is far more menacing and selfish in comparison to Josh Brolin’s portrayal which I think works in their favour and ensures that Thanos is not just another forgettable marvel villain but instead a villain that oddly enough is somewhat relatable.

The fact That Thanos doesn’t take pleasure in his actions and moves with haste never taking the time to savour each victory he has against our heroes throughout the film as well his ability to express a number of emotions are traits that make him a truly unique antagonist that’ll leave viewers conflicted about whether or not to love or hate him, with the ending of the movie giving the viewer more than enough to despise the Mad Titan.

Aside from the incredible antagonist the story benefits from the unexpected chemistry between certain characters such as Rocket, Groot and Thor as well as Iron man, Spiderman and Doctor Strange both groups being surprisingly efficient together dispute only having just met, but just as this chemistry worked for them the expected conflict between certain characters worked to the advantage movie specifically Starlord and Iron Man both used to being in leadership positions of their respective teams comically butt heads, the chemistry and conflict would not have been possible without marvels decade long character development which the Russos make use of beautifully.

The growth of our heros both mentally and physically is beautifully showcased in the movie and used extremely to add an emotional depth that most marvels movies have lacked showing that the Russos were not afraid to almost redefine what a Marvel movie is meant to be, but as good as this approach was one can’t help notice that most of the heroes that fell victim to the snap of Thanos’s fingers were not part of the original avengers roaster, in fact it would seem that all original members of the team survived Thanos’s random purging of half the universes population, which does feel a bit odd as I can’t help think that the film would have packed more of an emotional punch had we lost someone like Captain America or black widow. But one could argue that the Death of new fan favourites such as Black Panther doctor strange and spiderman was painful enough and killing off classic characters would’ve been too much for fans too bare.

As mentioned before Thanos’s story had been altered from the original story in the comics into something more meaningful but as a result the writers may have not noticed a potential plot hole which at this point cannot be justified which is why did Thanos not simply create more resources with his power instead of wipe out half the universe, if the infinity stones possess as much power as their name suggests that would seem like the logical option. I’ve thought long and hard about this possible plot hole, the film doesn’t really give much explanation as to why Thanos would choose to do something so extreme when a far less devastating alternative is present. Hopefully, the sequel will offer some insight on the matter, but this “error” in the adaption of this story from comic book to silver screen isn’t enough to deny the film’s well deserved praise and acclaim.

I give this movie an 8 out of 10 with two points lost due to the underwhelming presence of the Black Order, the somewhat convenient survival of the original Avengers team, lack of explanation for the possible plot hole in Thanos’s plan as well as the slightly underwhelming music score.

It’s certainly not a perfect movie but it’s without a doubt an extremely refreshing pallet cleanser from Marvel and one can only hope that they continue to deliver this standard of storytelling from now on.