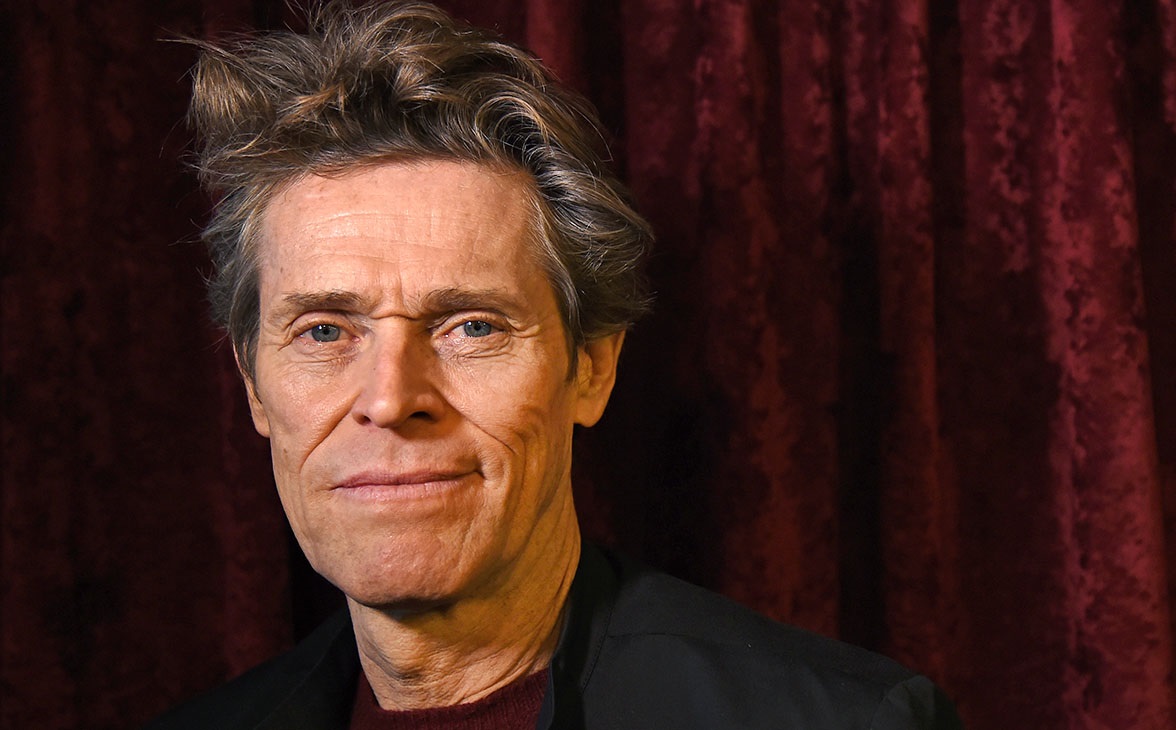 Willem Dafoe chats to us about Clear & Present Danger, Murder On The Orient Express, White Sands and our feet.

An odd start to an interview as I walked into a comfy room to talk to Willem Dafoe for a bit. We ended up talking about feet, specifically that mine were big. He sought to assure me that my feet were fine, to try and make me feel better about myself. There’s a measure of a man for you.

He was in town to talk about Murder On The Orient Express, in which he takes a role as part of the ensemble. And here’s how our quick chat went…

I talked to a colleague who’d interviewed you in the past, and he told me something you’d said, that I wanted to check if it was true…

Ha! Apparently, the only country where you ever get asked about the film Body Of Evidence is the UK. Is that true?

Are we all perverts in the UK or something?

You’ve got to answer that question for yourself. I’m just stating the facts, sir!

Does that happen often? That only in certain countries you get asked about certain films?

Yeah, it happens a lot. It’s okay. We’re all connected, but the truth is there are still cultural differences, and cultural conditioning. There are some movies that perform very well in some areas, and don’t resonate in other areas. I think it’s not a bad thing!

The first film of yours that I ever saw was one nobody talks about: White Sands. I’ve a lot of time for that movie, and its director, Roger Donaldson. A hugely underrated storyteller, Roger Donaldson. He’s unfussy, and tells a story.

I agree with you. That’s a good way to describe him.

I’m fascinated by White Sands. It was such a beautifully shot film, and at that point in your career, you were seeking out directors that not many were…

That was a beautiful experience, I really had fun. That was a very interesting movie, I think.

Was that because it was outdoors?

The location was fantastic, and it had a lot of different elements. Action elements, this thriller element. It was great fun to shoot, and every day on that one, I looked forward to coming to work.

The UK now is the only country where you get asked about White Sands and Body Of Evidence! With regards Murder On The Orient Express, when you know it’s going to be so ensemble-driven, does it particularly appeal to the theatre man in you?

A little bit, a little bit. It’s not lost on me that Ken is a man of the theatre, and he works with actors in a way that they’re comfortable in that configuration, and he’s really good with dealing with a group setting. Making sure that people find their place, and find their interest in certain things, and then orchestrating the whole thing. It was Steven Soderbergh who said of directing Ocean’s 11 that the ensemble cast got to have all the fun, but for him it was hard work! When you do get such an ensemble – and I can’t imagine you were together that long…

Longer than you think! There were more scenes than you think of us all in that car together. There were so many moving pieces and so many people involved and so many wigs! You’re really in that car supporting each other. You’re part of the landscape but you’re not maybe driving the scene. So you’ve got to be flexible, and patient and enjoy what other people are doing. And that did happen. People are really good about that.

The second film of yours I saw in cinemas was Clear And Present Danger. Again, Phillip Noyce is a really interesting director, and his films are threaded with intelligence. But I remember on that one there was talk of spinning the John Clark character out that you played.

Well they did, I think. Kenneth Branagh was involved in a Jack Ryan film, but that happened many years later, and different people controlled it. I think the perception on Clear And Present Danger was that Harrison [Ford] drove that movie. People responded to the Clark character, but I’m not sure they felt they could give him his own movie. Although there were novels where he was the centre. They did Ben Affleck, and Chris Pine?

In the UK, there’s a cinema chain that does surprise preview screenings over here. You pay a reduced rate, and all you know is it’s a film that’s not out yet.

I went to one two Mondays ago, and it was another of your films The Florida Project, and it’s the kind of film that stays in the middle of London usually in the UK. I’ve never sat in a mainstream multiplex audience and seen a film that has divided it anywhere near that much. I loved the film, but I’m curious if it’s music to your ears that a piece of material causes that level of division?

No. In a perfect world, everybody would love it! [laughs] It shows that when something is strong you don’t want to make things that are middling. You want to make things that are strong, that you believe in, and do affect people. I suppose that’s music to my ears. But I don’t particularly court controversy. When I make a movie that I think is beautiful, that I think is interesting, I want other people to feel the same way! Because it enriches me and makes me think, it puts me in touch with something! And I wish that for other people. I don’t really court controversy, but I value the idea of a movie that will be strong enough that it’ll create strong reactions. That you don’t court controversy, is that informed in some way by the fact that controversy found you so early in your film career?

Maybe, maybe. A little bit. That was always kind of innocent. I’m interested in strong filmmakers and they usually have strong visions of things. Lars von Triers, for example, or in the case of Last Temptation, Martin Scorsese. Very strong things that they want to express. It’s sort of thinking outside of the box. Whenever you challenge the collective agreed on reality of things, you’re going to have some problems. But that’s also the place where beautiful things are made. I think that cinema, films, movies, should be challenging. They should change how we think. They should shake us up. Not in a confrontational way, but in a way where we experience things through this light on the screen that we take on the experience and learn something. We take what we’ve learned and apply it to our stodgy, set vision of the world, and if it challenges it, I think it’s a good thing. It keeps us in touch with the wonder and that’s the thing that’s going to keep us alive, positive and making things.

I’m not a massive IMDB/Wikipedia person, but what I do love is how they digest a human being’s work down to a few words. Are you familiar with what your trademarks are on there?

Yes, I think someone told me!

Apparently, you have ‘a deeply lined face that can be contorted to frightening effect’. Did you write any of these?!

[Grins] I didn’t write that! IMDB, Wikipedia, all these things. It takes one person, and they have no recognised authority, let’s say, and it’s an opinion. But it gets stuck there, and it gets repeated like we’re even repeating it now. We’re giving it more life, and breathing more life into it!

In my defence, I go there to work out what not to ask!

[Grins] I read that, and I think ‘That’s strange. Really?’ But it just reminds you that everyone sees the same tree differently. And that’s the beauty, but that’s the horror. [laughs]

Willem Dafoe, thank you very much!

Murder On The Orient Express is in UK cinemas now.