Will there be a Justice League extended cut? 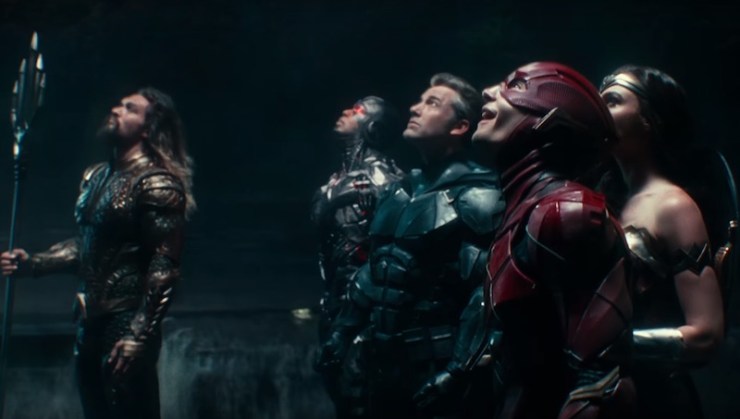 Does a Zack Snyder Justice League cut exist? One fan petition hopes so.

Justice League had a troubled road to the big screen and now it’s underperformed at the box office during its opening weekend (although it’s still brought in a lot of money). After years of sidelining much of their potentially lucrative superhero library (and accounting for a false start or two) when the concept of a ‘shared cinematic universe’ was still a novelty to be celebrated, Warner Bros realised it needed to take a shortcut from 2013’s Man Of Steel to assembling a big screen team of DC superheroes. This brought us 2016’s Batman v Superman: Dawn Of Justice, which introduced both Batman and Wonder Woman to the DC Extended Universe, and planted the seeds for their teammates Flash, Cyborg, and Aquaman.

Justice League kicked off principal photography alongside the initial wave of critical backlash against Batman V Superman, and it was apparent from the first footage released just a few months later that they were aiming for a different tone from its predecessors. In any case, the fact that neither Man Of Steel and Batman V Superman achieved the Avengers-style box office numbers that Warner Bros was hoping for surely coloured its approach, so this was bound to be a rocky production.

A personal tragedy caused Zack Snyder to step down in May, just as Justice League was about to undergo a round of reshoots, and Avengers director Joss Whedon stepped in. It’s not clear how much of the finished project was handled by either director (although you can certainly guess where Whedon added his touches, and the issue with Henry Cavill’s CGI upper lip helps). Warner Bros CEO Kevin Tsujihara reportedly mandated a relatively lean 120 minute running time (by comparison, Snyder’s Man Of Steel was 143 minutes, while Batman V Superman clocked in at 151), which likely contributed to cuts to the final product.

The question has been raised by fans about whether we’ll ever see something closer to Zack Snyder’s original vision for the film, or if we’ll get some kind of extended version for a home media release. There’s already precedent for this with DCEU films, as Batman V Superman‘s already long theatrical cut was followed by an ‘Ultimate Edition’ home release, which added an additional 32 minutes of footage, while Suicide Squad had 13 minutes (mostly character-focused) added back in for its ‘Extended Cut.’ There are plenty of moments in the Justice League trailers that weren’t in the final theatrical cut, which is standard for films of this scale, but some of those could form part of a longer cut.

Still, it’s unlikely that there’s a completely different version of the movie that was changed during the reshoot process (although a breathlessly written fan petition to get this mythical cut released has been launched, and as of this writing has amassed 30,000 signatures). Beyond The Trailer‘s Grace Randolph claims that she has seen deleted footage that “provided a lot more depth than you see in the finished product,” notably in regard to the historical battle between Steppenwolf and the forces of Earth. Whether this footage would make a significant difference (Batman V Superman makes a little more sense in the context of the Ultimate Edition) or not (see: Suicide Squad) is another story.

Justice League is now playing in cinemas. We’re unlikely to see a home media release until Spring 2018. We’ll let you know if there’s talk of any kind of extended cut, but with Warner Bros. likely looking for more ways to put more profit against the film’s $300 million budget, it’s possible.