Why Barry Norman mattered so much to me 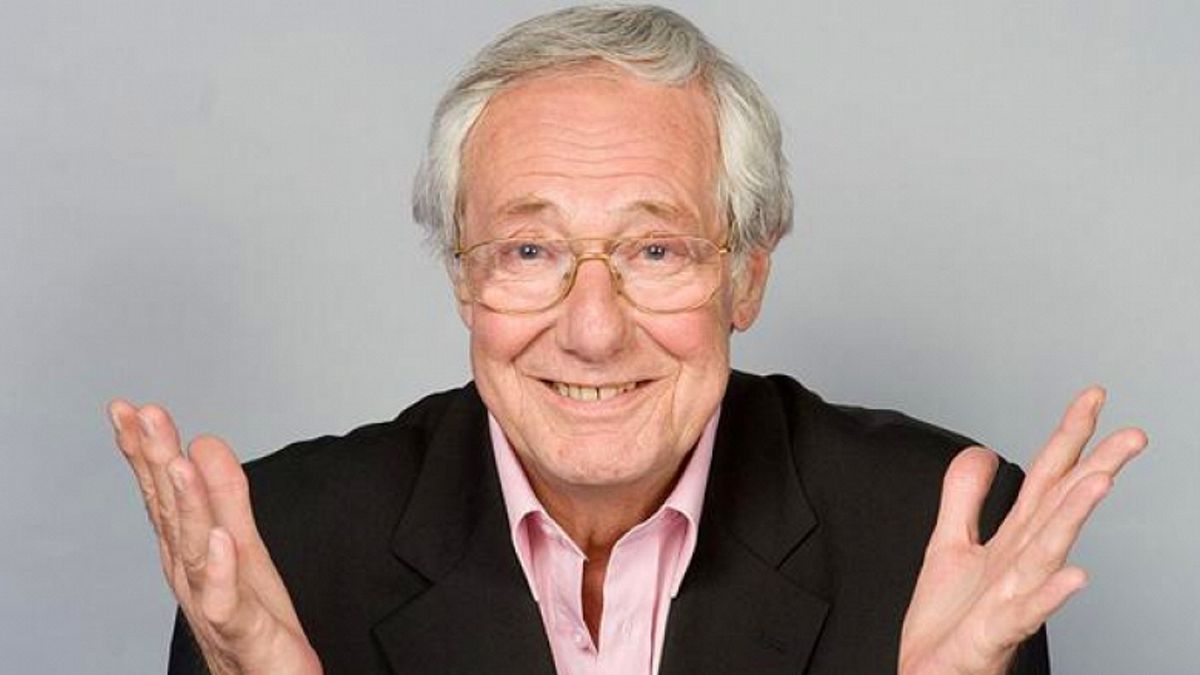 The late Barry Norman's impact on many of us, and our love for film, will be felt for decades.

I struggle a bit sometimes, with writing about someone whose work meant the world to me in the immediate aftermath of their death. For one, I’m no fan of the clickbait culture, whereby as soon as a passing is announced, there’s a seeming compulsion to bash out an accompanying top ten list (that’s not a slight against those who wrote terrific, long-form personal pieces). But more than that, I find it hard to concentrate my thoughts.

That was particularly the case with Barry Norman, a man without whom I wouldn’t be doing what I was doing.

Like many of you, I got into film in a serious way in my early teens. I tended – and I had a good home life, so this is no grumble – to spend much time alone. Films were then, and are now, utterly fascinating to me. I used to head to the video shop and excitedly choose what to watch, 80% of the time disappointed when said tape was already out.

That’s how I found Back To The Future, though. A video rental. A tatty copy, too. It remains one of my very, very favourite films. Thus, when I learned Back To The Future Part II was on the way, I soaked up everything I could find about it. Easier said than done in the 80s, that. For much of it, we didn’t even have Empire magazine, and Film Review was a sod to find.

But then I learned that Barry Norman was going to review the film on Film 89. I’d never seen it before – it was on late, and I could rarely get at the family video recorder to tape it – but I long ahead made arrangements to watch the programme.

I assumed that everyone would love Back To The Future Part II, and Norman did like it. But what got me was he gave a really nuanced, careful, considered review. One that pointed things out I hadn’t thought of. I watched the rest of the programme, having planned to only check out the Back To The Future review. And I was pretty much hooked from there.

By the time I got to the Film programme of course, Barry Norman had been presenting it for over a decade. His warmth, clear enthusiasm for film and utter bias towards westerns grew on me quickly. I’d never been exposed to anyone who talked about film like this, who shared their love, but also tried to inform their audience.

The end of the year round-up shows were always my highlight of the Christmas period, and were a reflection too of the lack of snobbishness that Norman brought to his work. He had no quarrel with listing hugely commercial fare – Jurassic Park, for instance – in his list of annual favourites. But also, he’d pick out themes. I discovered a film called Dr Petiot because he noted a clutch of serial killer films arriving around the time of The Silence Of The Lambs. I love that. Algorithms in the modern era are all well and good, but there’s no substitute for an informed human film fan telling you that if you like one film, you should try this one too.

Norman was brilliant at that, and I discovered lots of films off his recommendations.

I did get to interview him for this site. I’m not going to repromote that piece here – see the first paragraph of this article for why – but there were one or two things I put to him. The first is we talked about a dilution of honour in a lot of modern writing. He agreed that he felt that was the case. The implication being that people cut more corners now before publishing, and check fewer facts. Ironically, fact checking is easier than ever too. But such is the ecosystem in which a lot of writing is published – and this site is part of that – that time is more of the essence than ever. Norman didn’t have much shrift with that.

Nor did he have much shrift with me on one question! I used to watch his Oscar night coverage, where every 20 minutes or so, the show would cut to commercial, and he and his panel of guests would fill in the gaps. The thing I always noticed was that the drink glasses on said table seemed to empty and fill quite regularly, and they seemed to have wine in them.

I wondered, and asked respectfully, if wine was indeed consumed during said broadcasts. I got a little sense – entirely fairly, although I hadn’t meant offence – that he was mildly affronted at the question. The thought of drinking while a programme was on air was utterly alien to him. “Jesus, no”, were his exact words! To be clear, there was no falling out: it left me respecting still more just how high his standards were. At heart, even more than a film critic and television presenter, Barry Norman was a writer though. And a brilliant one. He wrote the scripts to all his own broadcasts, but also had an extensive newspaper background, and was an accomplished novelist.

My favourite of his books, though, is his 2002 autobiography And Why Not?. Had fate taken a different turn, I’m convinced that there was a first rate comedy screenwriter in Norman. A natural storyteller, I had tears of laughter in my eyes reading some of the stories in the book.

I’m badly paraphrasing here, but he talked about the drinking culture, for instance, of one of the newspapers he worked at. After a particularly heavy lunchtime session, a manager was crawling up the stairs back to the office pretty much on his hands and knees. Just as one of the bosses was walking down. Said boss instructed the plastered man to sort out his office’s excessive drinking. “I’m just going up to tell them” was the reply, from this man who could barely stand.

The book is full of lovely stories like that. His final book, too, was a very personal one. A tribute to his late wife, Diana, and the story of how he dealt with the loss of her. Not well, as he admitted. The book that he left behind talking about that I have little doubt will be of countless value to many others.

One more thing. My mum told me a story of a dinner she was at where he was the post-food speaker a few years back. Turns out they were sat next to each other, and Norman admitted to her that he was nervous ahead of the speech. The butterflies in his stomach, and the fear of public speaking kicking in.

This was only a few years ago, and goes again to just how seriously Barry Norman took a job. If he was doing it, he was doing it right. Of course, when he stood up to talk, he was terrific, and utterly held the audience’s attention. In fact, a recommendation for you too: there’s an audio CD of An Audience With Barry Norman, where he tells stories of his adventures in the film world. About standing up to Robert De Niro, about his confrontation with John Wayne, and many stories of that ilk. All told with the warmth, intelligence and wit of a very natural storyteller.

More than that, though. Barry Norman was a man who determined to pay forward his love of film. I learned in time that many use such knowledge as a form of snobbery, or a weapon. Not Norman. Instead, he shared the magic of movies, and infected a generation of film nerds with it.

I was one of them. And, as twee as this may sound, if he hadn’t have infected me, there’s a sporting chance I may not have suggested this very site in the first place.

Rest in peace, Barry Norman. And why not?