What does Marvel’s Defenders mean for the future? 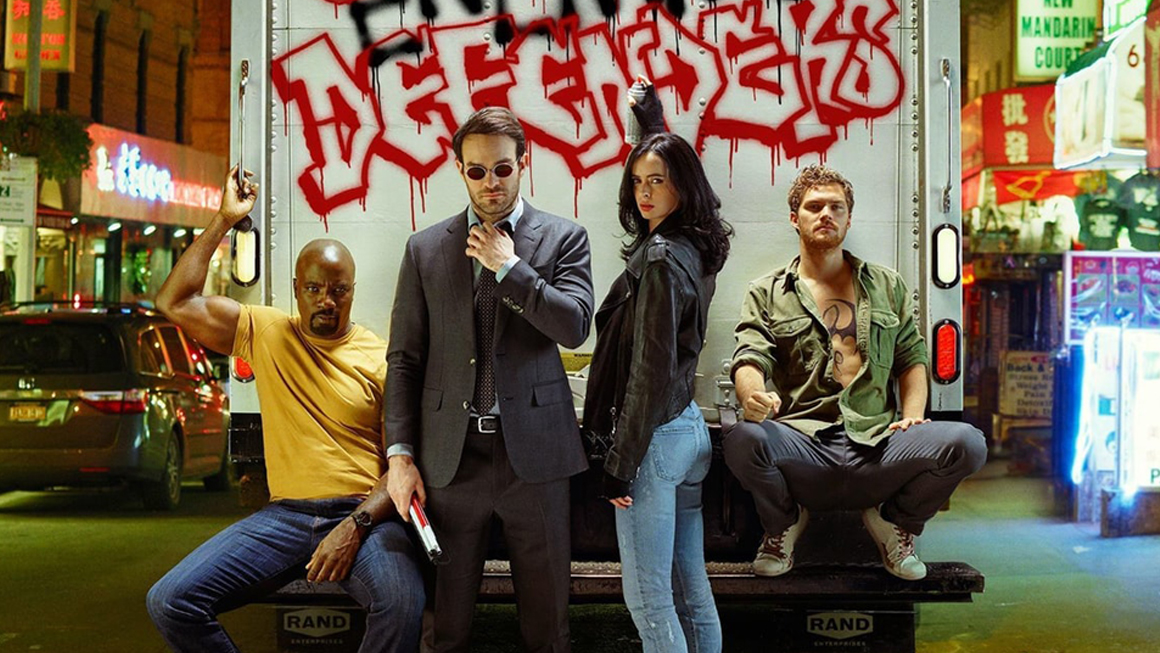 How has the war against the Hand in New York changed Daredevil, Jessica Jones, Luke Cage and Iron Fist? Spoilers ahead…

The conclusion of Defenders leaves all of our heroes in a very different place to where we last saw them. For better or worse, the war against the Hand in New York has changed all four of them, as well as their allies and enemies. And with more seasons coming for Jessica Jones, Luke Cage, Daredevil and Iron Fist, here’s how we think those changes will be seen. When we last saw Jessica, she’d finally achieved some level of closure against Kilgrave and could begin putting her life back together. Defenders showed us a Jessica Jones who wasn’t quite ready to get back in the game voluntarily, but who couldn’t let things lie when she encountered people who genuinely needed her.

At the conclusion of Defenders, Jessica has finally come around to the idea that she can help people, and she has a collapsed building to prove it. Her friend and neighbour, Malcom, is still answering her phone – but this time it’s with her blessing. Alias Investigations is back.

And in addition, Jessica now has some superfriends. Not only have she and Luke reconciled, becoming friends despite the trauma and confused intimacy of their shared past, but she’s also got some dynamite chemistry with Matt Murdock that we can only hope will be exploited in the future. The bullet-proof man ended his first season in prison after finally submitting to the authorities following his escape. Of course, Luke wasn’t back in Harlem long before The Hand gave him something to protect his neighbourhood from. And protect it he did.

Luke himself is relatively unchanged by his experiences with The Hand, with the possible exception that he’s a little less sceptical of the mysticism in New York’s underbelly. He’s still got more pressing concerns closer to home – namely Shades and Black Mariah – not to mention the potential return of Diamondback.

Indeed, Defenders was more important to his supporting cast than anything else. He’s finally free to begin a relationship with Claire Temple, now that his prison sentence is up, while his former hook-up Misty Knight is likely to have a dim view of Luke’s crimefighting given that the last time she trusted him, she lost an arm. Though that does leave the way clear for her to don the iconic robot arm Misty Knight wields in the comics. Of all of the Defenders characters, its Matt Murdock was the one who was changed the most by the events of the show. Mostly because he was changed from being alive to dead. Though luckily for him, that didn’t stick, and Matt found himself waking up in the care of nuns, one of whom – if the comics are any indication – is more than she seems.

But this has huge implications for Matt. Now that he’s legally dead, the question of whether he pursues life as a lawyer or a vigilante is more or less resolved, because courtrooms generally don’t let corpses in to advocate. Now he gets to be Daredevil full time – and one can only imagine that he’s going to be consumed with the question of what happened to Elektra.

Clearly, though, Matt’s not going to be in a good place: his mentor has died, the woman he loved has turned evil and disappeared, and he can’t even go to his friends because he’s bound to cut himself off from them, reasoning that being close to him puts them at risk.

And worst of all, the Kingpin may have figured out who he is. If he so much as shows his face now, there’s going to be trouble from that direction too. One way or another, life for Matt Murdock isn’t going to get any easier when the next season of his show rolls around. The protector of K’un Lun already has a lot of explaining to do after the city he sword to protect vanished on his watch, but at least when Danny Rand makes it back he’s going to have some good news: he’s almost entirely destroyed the Hand’s upper management. Not too shabby for the man Stick called the dumbest Iron Fist yet.

Of course, Danny may also have to explain how The Hand gained access to the dragon’s skeleton in the first place, which is a story that may prove less praiseworthy.

Regardless, Danny’s experiences in Defenders have given him a big tick in the win column, as well as revealed more about his destiny as the Iron Fist. Unfortunately, one of the Hand’s five fingers – Madame Gao – did escape, so we should expect her to be the focus of Danny’s efforts when the next season of Iron Fist rolls around.

On the plus side, Colleen Wing managed to resolve her issues with The Hand by decapitating her former sensei, so we can expect a new level of serenity from her (assuming the whole experience didn’t give her PTSD). As previously mentioned, she’s also got a new friend in Misty Knight, so a Daughters of the Dragon team-up seems likely. But mostly, The Defenders made her realise that in an uncertain and inexplicable world, her place was at Danny’s side. Don’t expect that pairing to disappear soon.

So, speculation over. Despite the varying quality of the stories themselves, it’s always fun to see these actors on screen, so we’ll be tuning in for future seasons. As well as The Punisher in late 2017, Marvel-Netflix will be releasing Jessica Jones season 2 and Luke Cage season 2 in 2018, with a second season of Iron Fist and third season of Daredevil also in production with release dates yet to be confirmed.