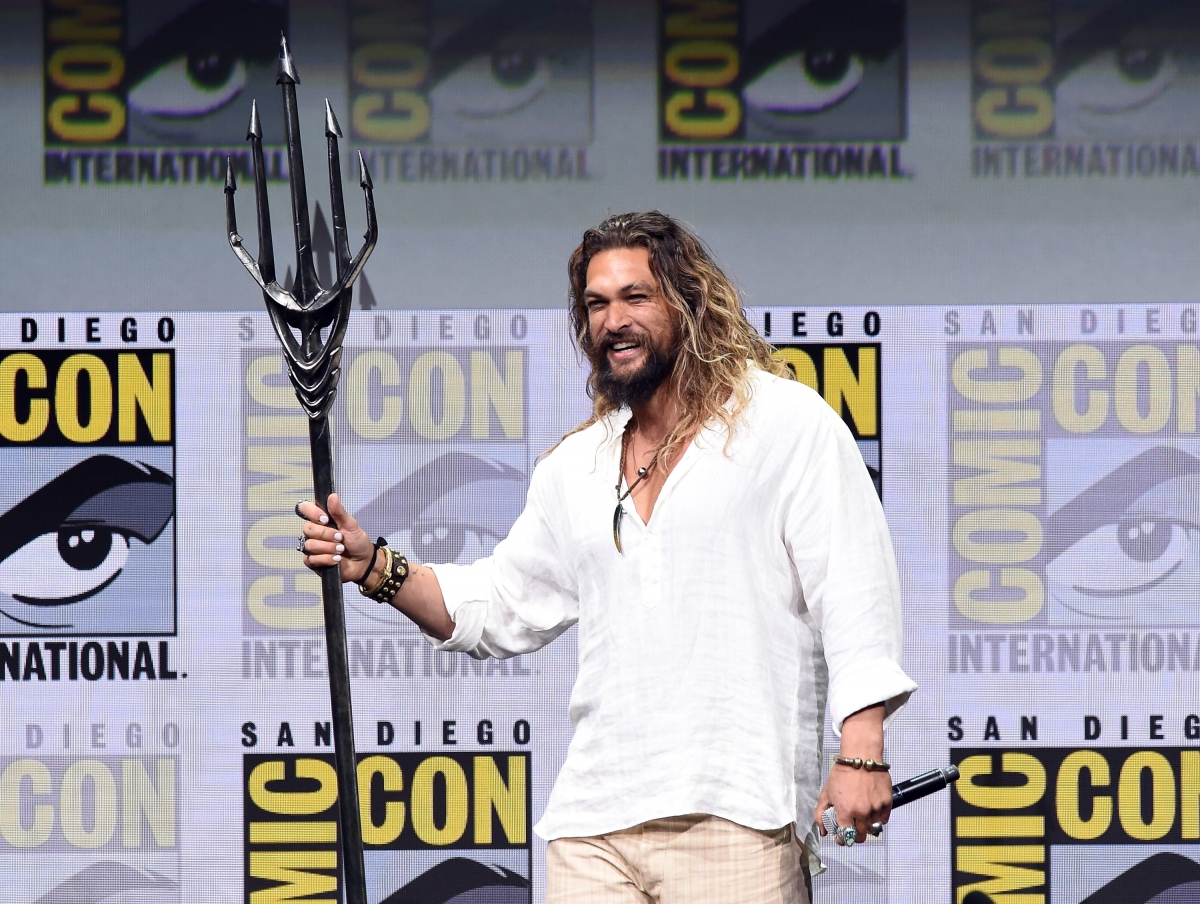 With filming just underway, director James Wan let the San Diego crowd dip its toe into Aquaman this past weekend.

One of the most fun moments of the Warner Bros/DC presentation at Comic-Con this past weekend was when Aquaman star Jason Momoa ran the length of the cavernous Hall H, from the back to the front with trident in hand, and leapt to the stage amidst the cheers of thousands of fans.

Even though he was onscreen for only a minute in Batman V Superman: Dawn of Justice, Momoa’s formidable presence in the Justice League trailers and his enthusiastic championing of the DCEU in public and on social media has made him popular already.

So it was a little disappointing to see just a brief glimpse of footage from the upcoming Aquaman, but as director James Wan explained in a video message, production has only started recently and there’s little to show at the moment.

What we did see in the brief clip was a scene in which two fisherman, sitting placidly out on the water, get a rather strong bite and suddenly look beneath their little boat to see a fleet of underwater vessels and sharks – all bearing Atlanteans – move majestically below them.

Momoa later revealed that the armada belongs to Ocean Master, played by Patrick Wilson, when asked by a fan if it was commanded by nemesis Black Manta. Momoa confirmed, “That’s Ocean Master’s army. Black Manta ain’t got nothing like that. That’s my brother. I’m gonna be fighting my brother.”

The teaser ended with a shot of Momoa wielding a sword and asking someone offscreen, “You want to talk about it? Neither do I,” followed by the movie’s logo.

Aquaman is scheduled to open on December 21th 2018, so we’ve probably got some time to go before we see more from the film. But don’t bet against a first official teaser surfacing this November in front of Justice League.