Videogame streaming: a guide for (& by) a middle-aged idiot 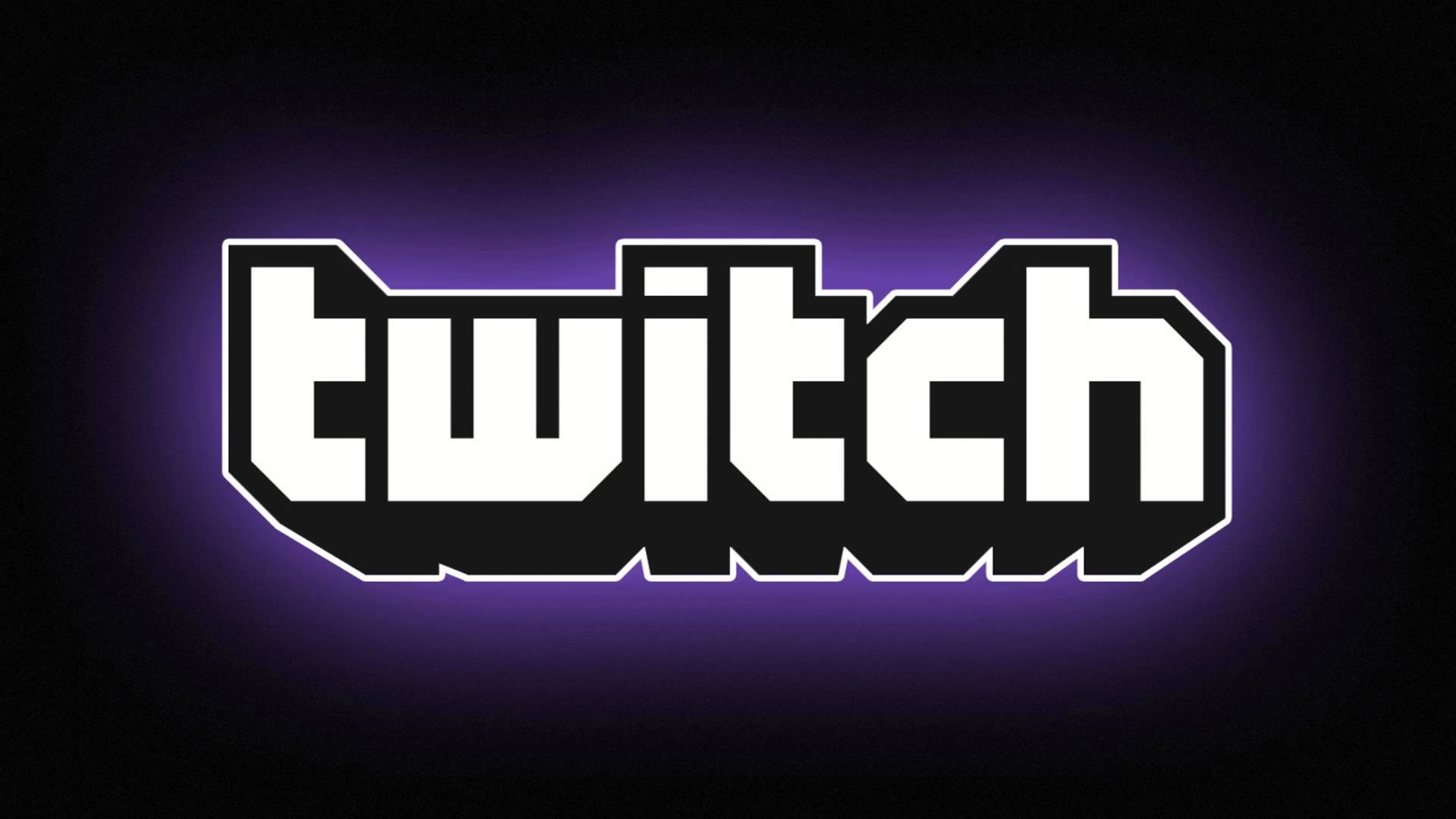 Some people reach middle-age and cheat on their partner. Others buy one of those big cars that make a loud ‘vroom’ noise. I’ve decided to become a Twitch streamer.

Well, not quite. I’ve decided to dip my toe. For those who don’t know me, I’m one of the team captains on a TV show called Go 8 Bit, where comedians battle it out on videogames. I’m in the ridiculous position where ‘an idiot that plays computer games’ is my actual job.

But it isn’t, quite. We filmed Series two and three back-to-back at the beginning of this year, but series three won’t air until next Spring. This means that, at the earliest (if things go well) we might film series four next Autumn. The upshot of all this is that I’m currently several months in to an 18-month period where I’ve got a lot more free time than I’ve had in ages and I’ve started to develop a nagging feeling that maybe I should be doing something. Not something worthwhile, obviously, I’ve got no transferable skills. So instead I’ve decided to conduct a bit of an experiment between now and Christmas. For those who’ve not come across it before, twitch.tv is a hugely popular website where people get paid money for giving others the privilege of watching them play computer games. That is objectively insane, but who am I to argue? So I’m attempting to carve out a slice for little old me.

– 10% sixteen-year-old boys playing incomprehensible eSports
– 10% nineteen-year-old girls in low-cut tops bouncing for cash on Just Dance – 10% idiots shouting, as a substitute for personality
– 69.99% normal people playing videogames to audiences in the region of 3 viewers
– 0.01% successful streamers who make a living out of it The main thing I’ve learnt from getting set up to start doing this, is that the stereotype of kids in their bedrooms making money from ‘just playing games’ couldn’t be further from the truth. The reality is it takes a lot of hard work, effort, and technical skill to become a successful streamer. It’s a crowded marketplace and whilst tits and noise might grab you some attention briefly, most people trying to carve out a living in this space have invested a lot of money in the hardware required. For a decent set-up, you will need:

– At least one system to play your games on (could be a PC, could be a console, but often it’s multiple systems to allow for different games/eras)
– A capture device to grab footage from the game, live
– A PC to broadcast from (trying to play the game AND broadcast from the same PC puts all but the beefiest systems under pressure)
– A HD webcam
– A high-quality microphone, and possibly a box to put it through if you’re going the XLR (highest-quality) route
– Several lights, so you don’t look like a ghost in a cloud

Of course, you don’t NEED all the above. If you want, streaming can be as simple as hitting the share button on your PS4. But there’s a huge difference between a low-res Playstation Camera broadcast and a pro-stream. If you’re expecting people to hand over their hard-earned cash in donations or subscriptions, or even just watch you, it’s not unreasonable for them to expect you to make the effort to create a professional broadcast. As well as all the kit, there’s also the need to learn how streaming software works – the two main options being XSplit, which you pay for, or OBS, which is free but somewhat more ‘quirky’ (read ‘confusing as all hell’). These packages allow you to add the various elements (camera, game, microphone etc) to a single live video which you broadcast to the world.

In truth, the delicate balance of the many elements of your unique setup may have a bearing on which you choose. I went with OBS for the sole reason that XSplit seemed to make my mic go all crackly. No idea why. Couldn’t work out how to fix it. So I learnt an entirely different software package instead, even though XSplit looked more intuitive. Remember when you tried to teach Granddad how to use Powerpoint? That’s what I look like using OBS. And, after finally getting my head round it, my mic suddenly started playing up on OBS too, so I’ve just thrown £120 at a new one. If that doesn’t work, I’ll have to set fire to the whole lot and leave my wife, out of respect for her.

So, that’s the streaming software, but if you want to set yourself apart form the crowd, you’ll want to add an overlay to your broadcasts too. Overlays allows you to place little graphical borders around key areas of the screen (i.e. webcam, gameplay) and also dynamically display information in a snazzy way, as and when needed – for example, little flourishes and fanfares when a new person subscribes to your channel. Just like fruit machines, which dazzle with sound and light to encourage you to whack another quid in, twitch can be used to offer immediate tummy-rubs to those who put their hand in the pocket. I use a service from a website called Strexm that takes most of the faff out of it, but many streamers create their own artwork and assets for overlays, to ensure a unique style that compliments their brand. The main piece of advice I was given when talking to people about my intention to start streaming was to stick to a schedule. It’s all well and good doing it as-and-when you can but, if you want to try to build an audience, you need to be consistent. There’s no reason to assume the people who watch you at 11pm on a Thursday night will be able to stick with you if for some reason you switch to 2pm on a Sunday.

I’ve got a kid, so evenings and weekends are out for me. Instead, I’ve gone for 2pm – 4pm on Mondays, 2.30pm – 4.30pm on Wednesdays, and 10am-noon on Fridays. My hope is that, by doing this every week, each slot will build a base of regulars which grows over time. I’ve also decided to do different games each day, to see if one type becomes more popular than the others. Mondays for Minecraft, Wednesdays will be Multiplayer with Sam Pamphilon (Go 8 Bit’s other team captain), and on Fridays I’ll be streaming solo with whatever new/AAA title I’m currently in the middle of.

To widen the net a bit, I’m also going to archive all the streams to my Youtube channel, so they can be viewed ‘on demand’. Youtube tends to favour shorter content, though, so in addition to the live streams I’m going to create shorter form stuff for Youtube too: A retro review each Saturday (things like Dig Dug, Frogger etc), a video diary on Tuesdays as I reflect on how this is all going (and shamelessly plug whatever I’ve got coming up that week), and a short ‘Let’s Play’ video every other day, where I piece-by-piece bash through a classic game.

It’ll be interesting to see how it all goes – I’ve currently got a couple of hundred followers on both Twitch and youtube, but I’ve no idea what that might realistically grow to in this relatively short trial period. I’m a bit worried that not doing evenings will limit growth, because fans of Go 8 Bit were obviously watching that in the evenings (so I know that’s when they’re free) and I also wonder if doing different types of content each day rather than committing fully to one type of thing (e.g. just Minecraft, or retro) might dilute it all, but who knows?!

All I do know is, if I don’t just start doing it, I never will. That’s why the first week’s stuff will definitely be crackily, thanks to recording it all on an intermittently dreadful microphone. Consider this the hard sell.

If you’d like to be notified when I go live on Twitch, give me a follow at twitch.tv/stevefromgo8bit

If you don’t want to hear another word out of me, just close this browser tab and go about your life. No need to write nasty things at the bottom, no one made you read this… thanks!