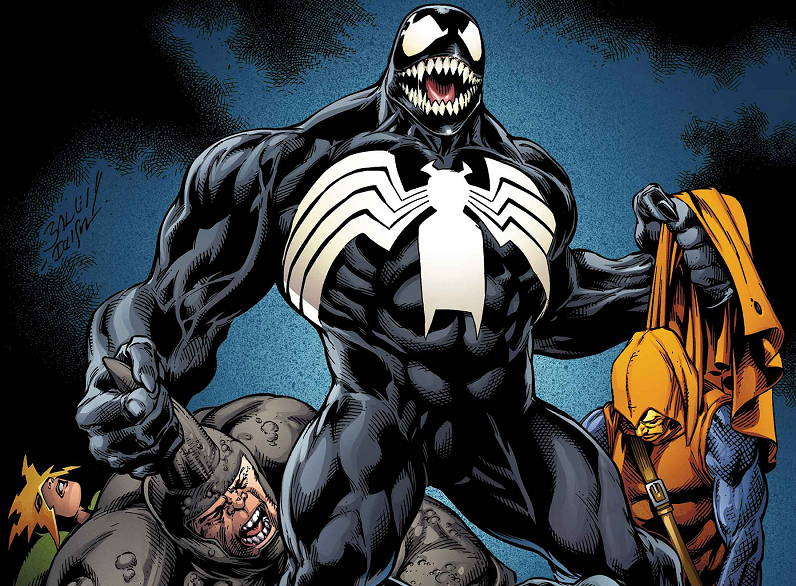 Just under a year before it’s due in cinemas, cameras have started rolling on Sony’s long-promised Venom movie.

The film, spun out of the Spider-Man movie universe (at least sort of), will star Tom Hardy in the title role. He’s joined in the ensemble by Riz Ahmed, Michelle Williams, Jenny Slate, Reid Scott and Scott Haze. Ruben Fleischer, of Zombieland fame, is directing this one.