Twin Peaks season 3 episode 13 review: What Story is That, Charlie? 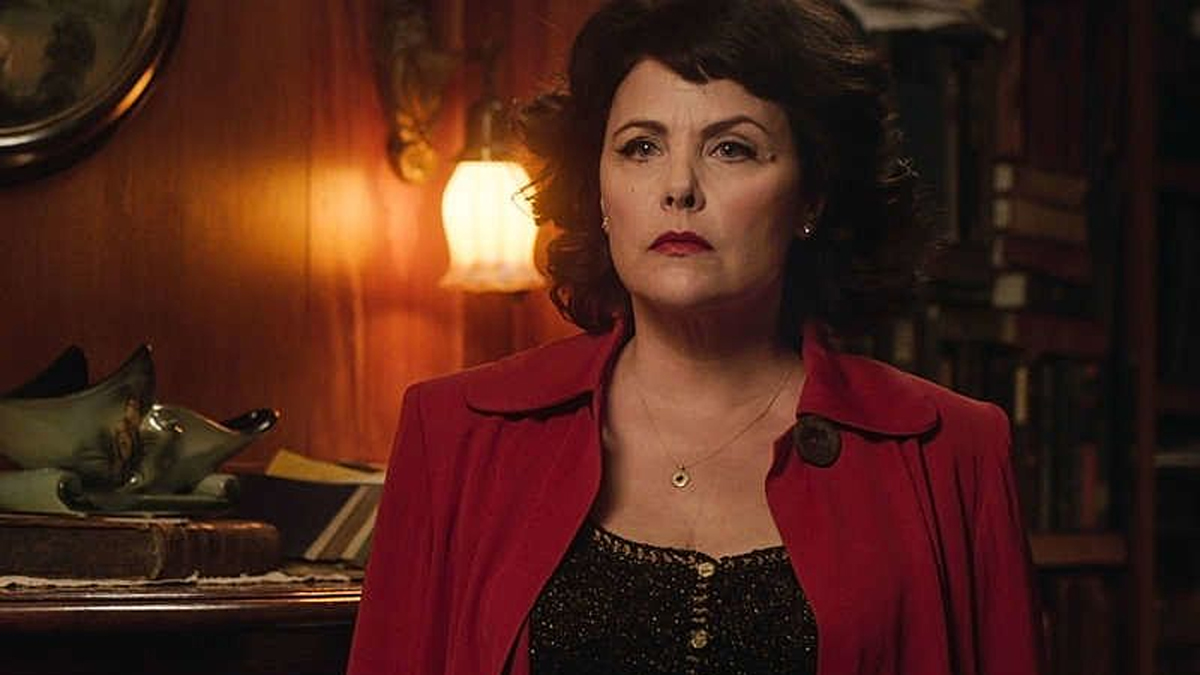 Twin Peaks picks up steam and cues the music in its latest season 3 episode, What Story is That, Charlie?

We continue right where we left off, for better and for worse.

For a while there, every episode of Twin Peaks: The Return almost felt like a non-sequitur to the one preceding it. But Part 13 picks up directly after Part 12, even—and it’s funny to say it, but this feels like a rarity—checking back in with characters who are right where we left them one episode ago.

Thankfully, it’s faster moving than that last episode, which felt mostly like a series of long conversations in rooms and featured the reintroduction of Audrey Horne by way of an over ten-minutes scene (!!!) of her arguing with her diminutive husband about a bunch of people of whom we’d never heard. This episode is leaps and bounds beyond that one as many more storylines are revisited and there’s far more plot progression. But it’s also not a Twin Peaks with particularly defining characteristics (like Part 8: Gotta Light? or the wonderfully breezy and exciting Part 11: There’s Fire Where You Are Going). This is just more Twin Peaks: The Return.

However briefly, I was happy to see the casino crew again accompanied by a soundtrack with a time signature to rival The Shaggs. I’ve come to love Amy Shiels as Candie, and watching her get super-excited opening presents was fun. It also led into the scene of Sonny Jim enjoying his new jungle gym, featuring Christmas lights and, er, a roving spotlight. This and the scene where the cops ignore the mayhem we can hear going on elsewhere in the station are just Lynch goofing around. The latter is effectively the same joke he pulled in this Comic Con video.

Speaking of that scene with the cops, it is extraordinarily (and, I imagine, deliberately) frustrating that they’ve run Dougie’s fingerprints and identified that he’s actually Coop, but simply dismiss it as an error. There have been a number of situations (like when Dougie visited the doctor) built up like they’d finally be what saves Coop and gets him back to Gordon and the rest of the FBI, but our expectations are always dashed. IMark Frost and David Lynch are dangling these red herring plots in front of us, only to teach us each time that, nope, it’s not gonna be that easy.

However, it’s nice that Dougie’s plot is taking steps forward in other ways. It was sweet the way Dougie’s coworker crumbled under the pressure of being tasked with killing him and some of the scene is funny too (“Confess.” “I will, Dougie, I will.”) It’s also just neat how, I guess, in the end, Coop is just a damn good cop at heart (of course, it helps that he has the Black Lodge spiritually guiding him).

Bad Coop’s scene was the best of the episode. Kyle MacLachlan does an amazing job being utterly terrifying as Mr. C. It’s interesting that, in the end, he usually opts to simply kill people quickly. He seems far less sadistic than Richard Horne, but it’s always terrifying to watch him because he appears capable of anything (that part when he punched the guy’s face in would’ve been gruesome but it looked ridiculous). The arm wrestle was very tense and the way Mr. C toys with the guy makes him into more of a totally badass villain (“Doesn’t that hurt your arm when I go like that?”). We also now know how to send Mr. C back to the Black Lodge, which is some crucial info.

We got a lot of time with denizens of Twin Peaks’ past, all of which was gratifying but also disappointing. I was looking forward to a Bobby, Norma, and Big Ed scene but instead Ed and Bobby just silently watch Norma have an awfully boring business conversation with another dude. It’s good to see Ed who, I guess we’re assuming is together with Norma now, but no one can be truly stable in Twin Peaks so this Walter fellow is in the mix as well. Nadine and Dr. Jacoby finally meeting up was very nice with no real caveats except that I wish we’d seen more of them. The best thing about it is that Nadine, unlike many of the other original characters, has not changed one bit. She is the exact same manic, drape-obsessed person she was before.

Finally, we have Audrey who, sadly, is still cooped up in her house with her husband. However, this scene was blissfully much shorter than her introductory one and added vague, but interesting layers to this dynamic. In the previous episode, modern Audrey came off like a shrieking bully, but now it’s obvious Charlie has some leverage over her (“Do I have to end your story too?” is a particularly ominous line) and that Audrey is actually extremely fragile. This echoes the original series as Audrey was little more than a brat for several episodes until we saw her weeping openly for Leland’s well-being, changing how we regarded the character in one fell swoop. Now I’m worried for Audrey all over again.

Oh, and finally, there’s James at the Roadhouse, with his ridiculous dubbed-in voice, playing that Just You song he wrote with Donna and Maddy all those years ago, while a woman cries her eyes out over it. We get it Lynch, James was always cool and he’s a beautiful musician, a singular talent. Fine. You win.