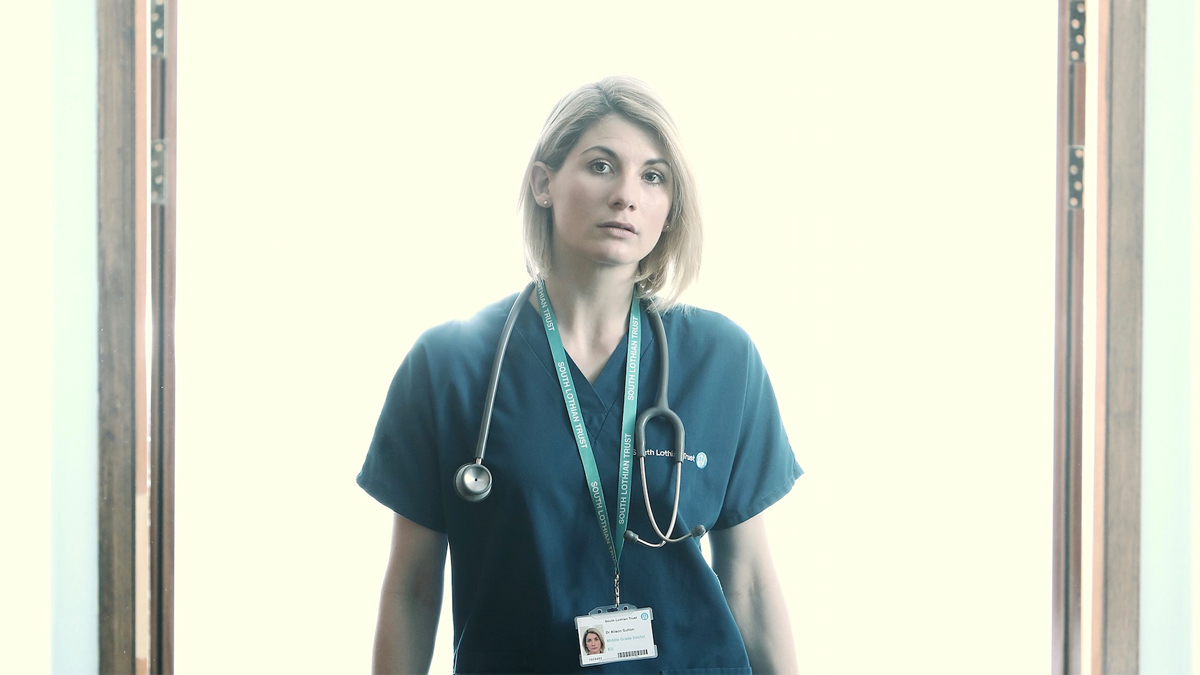 See related
Broadchurch series 3: Jodie Whittaker interview
Doctor Who, and the casting of Jodie Whittaker
Bodies: excellent medical drama not for the faint-hearted

In February this year, a Florida teenager was in court for setting up shop as a doctor and treating patients without a medical licence. In 2015 a UK woman forged qualifications to sign up with an agency that found her locum positions at GP surgeries, prison hospitals and healthcare centres. In 2009, a German man was discovered to have faked documents that enabled him to pose as a surgeon and take part in almost two hundred operations. Next April, a Chicago man in his eighties is due for release from a Pennsylvania prison after serving a sentence for posing as a doctor for over twenty-five years.

Google any of the cases above and it’s not long before the issue of mental health is raised. These real-life medical imposters are considered either vulnerable and delusional, or pathological liars with god complexes whose dangerous lies put other people at risk.

Not Cath Hardacre, the central character in the BBC’s new medical thriller by Dan Sefton (The Good Karma Hospital, Holby City). Cath’s the good kind of medical imposter, a hard-working ward sister treated unfairly by her hospital Trust who spots an opportunity for a better life and takes it. She’s not unbalanced or deluded and she’s no mythomaniac. She’s a grafter looking out for number one for a change.

Putting us so firmly on Cath’s side makes Trust Me’s first episode just a bit dull, despite the luminous presence of Jodie Whittaker. We’re introduced to Cath as a caring nurse with more medical ability than the junior doctors she supports. Everything, from her capably resuscitating a crashing patient, to bailing out her feckless ex financially, to her choice to raise a complaint about patient neglect “the right way” rather than blowing the whistle to a local paper, tells us that she’s a safe pair of hands – compassionate, conscientious and down-to-earth.

When Cath makes her risky decision to steal a doctor pal’s identity then, it simply doesn’t feel all that much of a risk. Cath isn’t unhinged. She knows she’d be no worse a physician than the inexperienced junior doctors she’s had to watch putting lives at risk over the course of a career. Rather than morally murky, the decision feels almost pragmatic. Even Ali, the friend whose name and qualifications she steals, more or less gives Cath unwitting permission when she tells her that she has “more common sense than all the bloody doctors I work with.”

The result is an hour of Whittaker looking mildly panicked while Cath generally does a pretty good job of being a doctor. There are mistakes, yes, but nothing worse than the stories you hear. She sets some bones without first giving pain relief, and inexpertly pokes a tube into a hole cascading gloopy blood. Both are horribly gory. They’re also the most interesting things to happen during the hour.

The gore is certainly more gripping than the romance Cath starts up with her colleague Andy (Emun Elliott). It’s a good job he didn’t try to add her on Facebook after that first snog. All those photos of New Zealand sheep instead of daughter Molly might take some explaining.

The medical procedures are also more captivating than whatever it is that’s going on in Cath’s inner life. Whittaker is a rare talent when it comes to conveying conflicted emotion – you need only watch Broadchurch for evidence of that. She’s also funny and tough and capable of commanding a screen – watch Venus or Adult Life Skills for proof of that. Trust Me though, doesn’t feel as though it’s even taken Whittaker out of the box. It certainly hasn’t given her a script that shows what she can do, or a character with much complexity. (Anyone watching this for hints as to the kind of Time Lord Whittaker may play in Doctor Who would do as well to watch the athletics on BBC Two.)

As the net closes in on Cath’s lies, perhaps all that will change and this medical thriller will genuinely start to thrill. As it stands though, Trust Me feels more like a limp critique of recruitment issues in the NHS, and an argument for giving nurses seniority over newly qualified doctors than it does a gripping psychological drama.

Trust Cath? So far, I would.