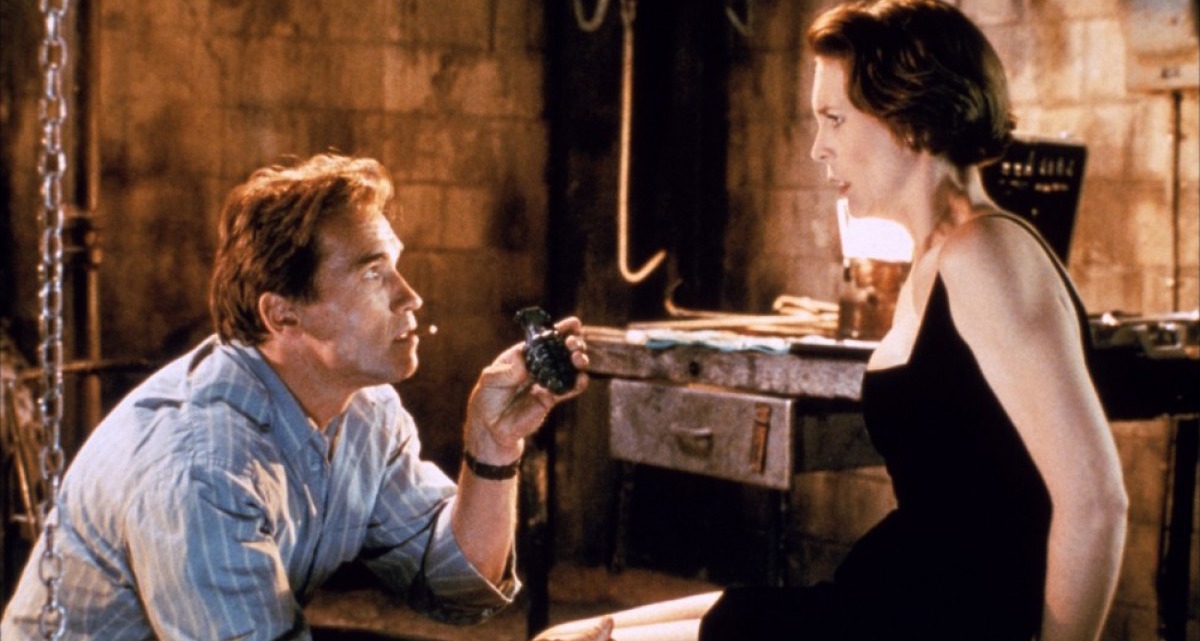 Arguably, James Cameron’s True Lies has not aged as gracefully over the years as some of his other action blockbusters. It’s certainly not a perfect film, but it’s still pretty damn hilarious, and a pretty clever riff on the spy genre. Mixing matrimony and spymania has often been something filmmakers have toyed with, from Mr. & Mrs. Smith to Mission: Impossible 3. Still, no one does it better, in terms of ‘90s action glee, than a pun-dispensing Arnold Schwarzenegger – so it was probably inevitable that True Lies would get a reboot of some sort.

As revealed via Deadline, the new series is in development at 20th Century Television, with McG and Arrow’s Marc Guggenheim credited as creators and executive producers.

The series will update the saga of a spy who tries to keep his undercover work on the down low while married to a housewife who grows increasingly distressed with the boredom that’s seeped into their relationship. But once she accidentally becomes ensnared in his world of explosions and super-fights, their marriage will become stronger than ever.

McG is set to direct the hour-length pilot, which will be written by Guggenheim. They’ll be joined on the project by executive producer James Cameron.

It’s unclear how one would remake True Lies for the modern era, but we imagine having a husband force his wife to do a striptease for him while pretending to be another man will not wind up in the pilot.