Toy Story 4’s original writers on why they quit 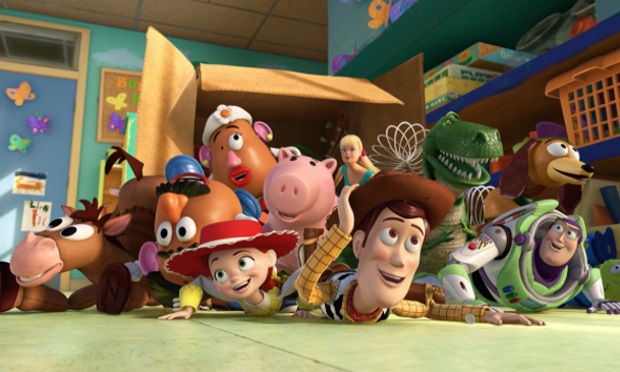 News broke overnight that Pixar chief and co-founder John Lasseter is taking a six month leave of absence from his job, over allegations about his behaviour.

See related
Toy Story 4: what can we expect?
Incredibles 2 dated for 2019, Toy Story 4 moves back a year

In the midst of some reporting of his departure, it had been stated that said behaviour had been the catalyst for original writers Rashida Jones and Will McCormack leaving Toy Story 4.

But in a statement to the New York Times, the pair have revealed the reason for leaving the film.

“The breakneck speed at which journalists have been naming the next perpetrator renders some reporting irresponsible. We did not leave Pixar because of unwanted advances. That is untrue. That said, we are happy to see people speaking out about behaviour that made them uncomfortable. We parted ways because of creative and, more importantly, philosophical differences. There is so much talent at Pixar, and we remain enormous fans of their films. However, it is also a culture where women and people of color do not have an equal creative voice. We encourage Pixar to be leaders in bolstering, hiring and promoting more diverse and female storytellers and leaders. We hope we can encourage all those who have felt like their voices could not be heard in the past to feel empowered”.

Toy Story 4 remains on schedule for release in June 2019, but don’t be surprised if it encounters further delays…

Toy Story 4 – as it’s unlikely to ultimately be called – is scheduled for release on June 21st 2019. More as we hear it, but in the meantime, here’s our look at what to expect from the new film.

On the human side of things, you’ll get Lori Alan (playing Julia Anderson), Laurie Metcalf (Mrs. Davis) and – if recent reports are right – Patricia Arquette as a hippy mum.

Josh Cooley – who recently directed the Inside Out spin-off short Riley’s First Date – is now the sole director on the film.

Details on Toy Story 4 had thus far been in short supply, but in a chat with Disney Latino (picked up by Slashfilm), Pixar Animation Studios president Jim Morris revealed that the new film will stand alone from the Toy Story trilogy. Appreciating that his comments have been translated from Spanish, Morris said that “I think this movie in not part of this trilogy. It is a separate story. It is not a continuation of the end of the story of Toy Story 3“.

Instead, “it will be a love story. It will be a romantic comedy. It will not put much focus on the interaction between the characters and children”. That love story is believed to be between Woody and Bo Peep, the latter of whom’s absence in Toy Story 3 did not go unnoticed.

Mr Randy Newman will surely contribute a song or two once again. Beyond that, in terms of the film’s music, we know that Brian Popkin is attached as Toy Story 4‘s orchestrator.

We’ll keep you updated as we hear more.