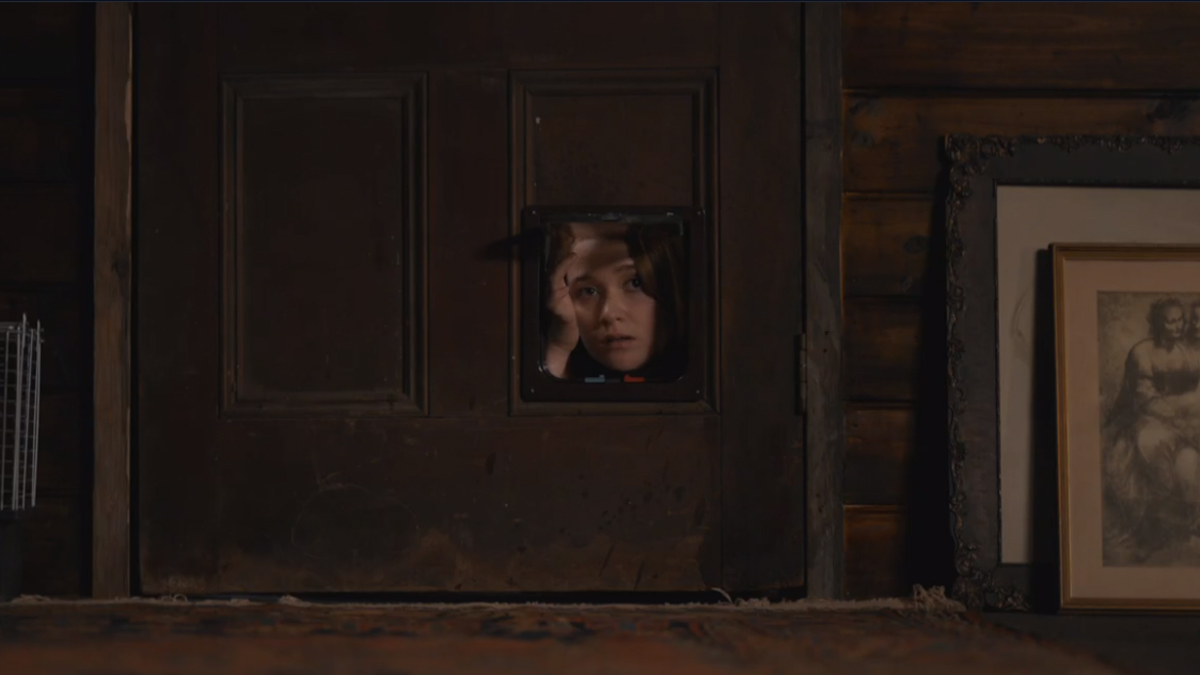 Top Of The Lake series 2 continues to be as satisfyingly odd and unpredictable as ever. Spoilers ahead…

Sex and violence are never far away from each other in Top Of The Lake: China Girl. That’s hardly surprising for a murder mystery set in the world of the sex trade, but the two aren’t only connected by Cinnamon’s story.

Episode three opens with a monologue from Tony, who confesses to the accidental mid-sex murder by strangulation of a woman he’s picked up from a brothel. It’s fictitious, probably. Or if it isn’t, the story he tells isn’t about our China Girl. Then there are the sex noises Robin hears from Miranda’s apartment, at first indistinguishable from shrieks of pain. Even Miranda’s romantic hailstone story took place on the journey home from a seminar on domestic violence.

And then there’s the lurid and sensational reappearance this week of Al Parker, who, in the years since we last saw him, has morphed into a dark comic book villain. He tells Robin he loves her then tries to strangle her with his belt. He attempts to rape her before she beats seven shades of shit out of him while screaming in primal, animalistic rage, soaking wet, in a room she’s set on fire.

All of that is bracketed by the mildly comedic purchase and receipt of a Breville sandwich toaster. You could never accuse this show of not having layers.

Nor of creating dull characters. The hyper-real people who live in the strange world of Robin Griffin are all, to a one, magnetic. They’re comic, outlandish, loveable, mysterious, hateable, ridiculous and earnest. In comparison to the characters around her, Robin seems like the still, central point in a solar system orbited by oddballs. Consider that she’s a total mess whom we last saw being dragged away from a man she was trying to beat to death with a microphone stand, and it becomes clear just how warped our frame of reference is here.

Top Of The Lake is its own slightly off-kilter universe. It’s unpredictable and funny and I’m not sure there’s been another show like it. The only crime mystery you could usefully liken it to is Twin Peaks, but that point’s been made so repeatedly that by now it’s just white noise.

The appearance of an uncanny, disturbing prosthetic baby in a hallucinated sequence this episode won’t do anything to dissuade the Lynch comparisons. That was China Girl’s second creepy infant nightmare so far, and the repetition reinforces this series’ theme of motherhood in all its complexity.

Surrogate took Robin and Miranda’s investigation out of Sydney’s brothels and into its private IVF clinics. Both services are provided to fulfil their clients’ urges—one the urge for (as Tony put it while eating his way through a bowl of…what was that? Apple pie?) “someone outside your own nervous system”, and the other the urge for procreation. The drive to reproduce is manic, the doctor told Robin.

Mania was everywhere this episode: in the desperately unhinged woman to whom we think China Girl was acting as “guest mother”, in Mary’s panicked reaction to Puss’ sulking rejection, in Miranda’s flip-flopping emotional state, and obviously in Al Parker’s violent obsession with Robin. We learned that Julia takes anti-anxiety meds, and met her girlfriend Isadore for the first time, a woman who seemed more like Julia’s carer and therapist than her lover.

If that lot seem—forgive the word—batshit, then Stally and his romantic overtures to Robin are a different kind of—forgive another word—nuts, a much more comedic variety. His dogged insistence on the “fun” they’d have together (“Complete discretion. Total respect”) were lighter interludes in an episode that ended up in this series’ darkest place yet.

(Incidentally, twice this episode Robin’s words were brushed aside by a man who asked her to pick a number, once by Stally promising “seven or eight of the best nights of [her] life”, the other by the IVF doctor who told her she didn’t know her own mind on having a baby.)

Adrian and Miranda make an equally unlikely pairing as Stally and Robin, physically at least. As their relationship was revealed, their mystery only thickened. What is Miranda keeping from Robin? Is she really pregnant? Or is their ‘new start’ baby currently growing in the womb of a Silk 41 surrogate? That would at least explain the smoking and drinking.

Whatever’s going on, I’m hooked. With director Ariel Kleiman and their cast, Jane Campion and Gerard Lee have conjured up a sleazy, sensational world steeped in human unpredictability. This week’s episode went from toaster-shopping to fiery attempted murder and back again, touching down at all kinds of unexpected places in between. I have no idea what’s coming next. Don’t you love that feeling?

Read Louisa’s review of the previous episode, The Loved One, here.