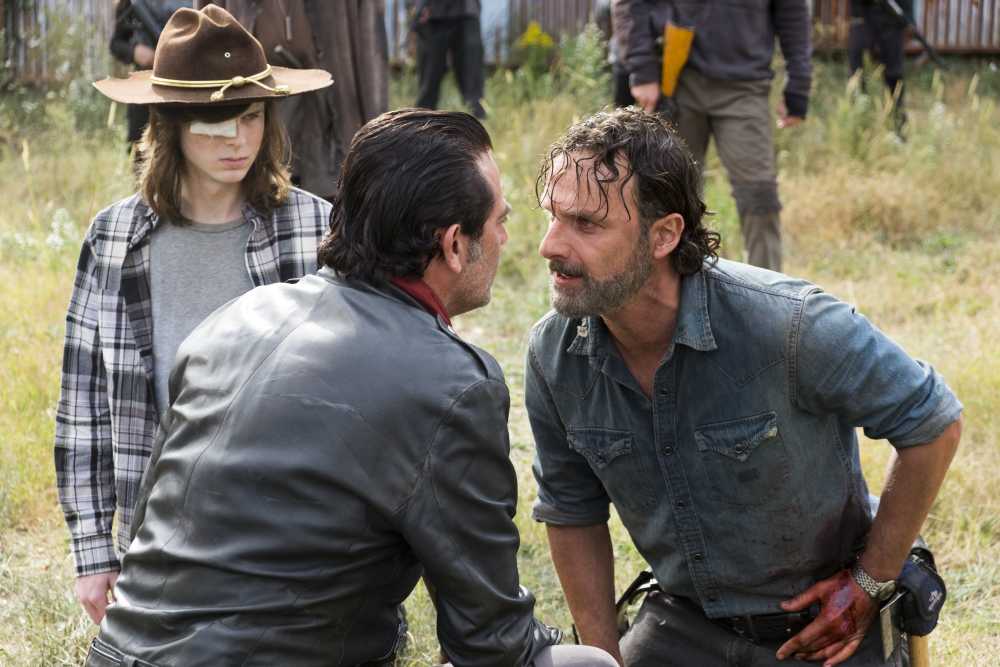 Walking Dead maestro Robert Kirkman is the kind of creator who just tosses off big, fandon market-moving news whenever the inspiration strikes, bless him, and inspiration struck for him on Saturday night at Madison Square Garden during New York Comic Con.

Kirkman revealed that the two TV properties set in the universe inspired by his comic series – The Walking Dead and Fear The Walking Dead – will crossover into each other’s respective continuities via a shared character next year. A character from one show will be appearing in the other show, though Kirkman and company didn’t specify which character or even which show would feature said character.

The Walking Dead has built up an impressively deep and diverse core of characters through its seven (soon to be eight) seasons. That combined with the fact that its ratings have always far outstripped that of its younger cousin make it seem likely that a character from the zombie flagship could be heading to Fear The Walking Dead and not the other way around.

Kirkman said more info on that front would be coming out in the following months, so it’s something AMC will likely publicise. With that in mind, it’s far too early for any speculation…so let’s speculate.

Paul “Jesus” Monroe is somewhat of a narrative Swiss army knife for The Walking Dead universe. He’s a tranformative character who introduced Rick and company to a ‘larger world’ of interconnected communities. He then helped introduce the fans to a larger world by appearing in season 3 of Telltale’s Walking Dead videogame series. It would only be fitting if he were to help bridge the gap between the two series.

Of course, the ‘time’ difference between the two series is hard to nail down. Neither show has made clear how much time has passed since the beginning of the zombie outbreak. Fear The Walking Dead did premiere five years after The Walking Dead, however, so it’s safe to assume that it exists somewhere in the relative past. That could mean we could see a younger version of a character like Jesus or even cross paths with a long-deceased Walking Dead character!

Whoever the two shows choose to crossover, it should be fascinating…and long overdue.