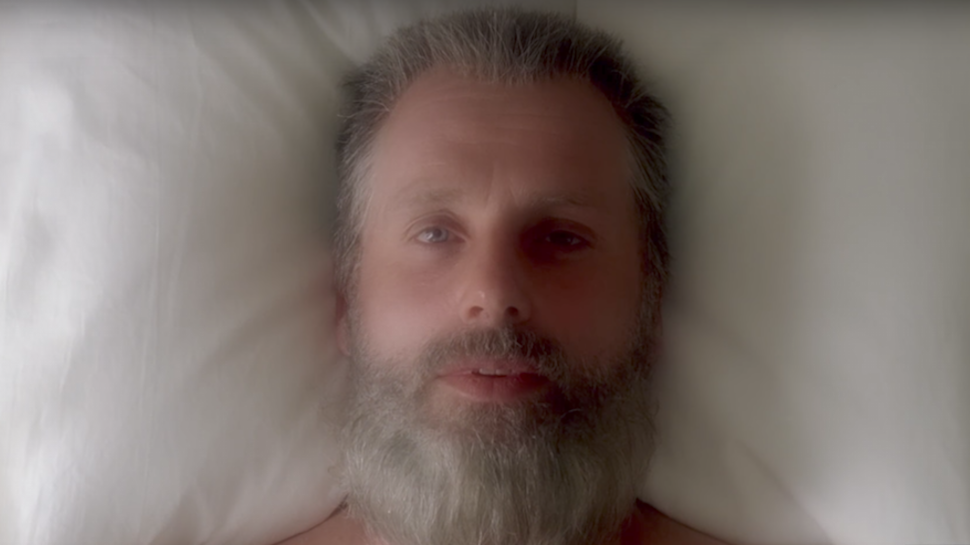 The Walking Dead celebrates its 100th episode with style in the season 8 premiere. Here are our US chums' spoiler-free thoughts!

This is a spoiler-free review of the season 8 premiere.

It’s not often that a TV drama series gets to celebrate its 100th episode, especially when the show in question has lost some momentum in the past few years. Fortunately, The Walking Dead doesn’t lose sight of this major milestone and of its past mistakes in its stylish season eight premiere, which feels like a return to form. It’s intense, action-packed, and heart-warming in all of the right places. Most importantly, it puts Rick Grimes back in the captain’s chair where he will hopefully stay.

It’s no secret that I wasn’t a big fan of season season, especially its painfully slow and tonally miserable first half, which made me hate Negan not in a loving way but in a wholeheartedly contemptuous way. Negan, who is a fascinating juggernaut in Robert Kirkman’s comics, never clicked for me on television. It wasn’t the lack of F-bombs (the show is only allowed two “fucks” per season, the cast and crew will jokingly remind you) or Jeffrey Dean Morgan’s acting, which I’ve always been a fan of, it’s the fact that the boisterous villain comes off as a cartoon character on the small screen. He just doesn’t fit the tone of a series that has for the most part taken itself very seriously. So when Negan and the characters around him became the main focus of 7A, I lost pretty much all excitement for this show.

7B began the process of bringing the focus back to Sheriff Rick and his extended family. Most importantly, the second half of the season picked up the pace, exploring multiple characters in an episode instead of slowing things down to a death crawl in order to show us Daryl eating dog food sandwiches.

If the back half of season seven was about treating the wound, then the season eight premiere is finally about healing. We have a main character in Rick again, and Andrew Lincoln is better than ever in the role. When the camera is trained on him, Lincoln can go from intimidating to loving, from remorseful to inspiring, and the actor gets to show all those facets of his character in episode 100. He’s the absolute star of the hour.

There’s a sense that showrunner Scott Gimple and director Greg Nicotero are trying to bring the show back to basics. At heart, The Walking Dead has always been the story of Rick Grimes. A point is made in the show’s 100th episode to remind fans that none of the other characters we know and love would be a part of this story without Rick. Mercy, as the episode is called for a reason I won’t divulge here, feels as much a celebration of Mr. Grimes as the show itself.

Last month, Lincoln teased that the Old Man Rick bits from the SDCC trailer would become “somewhat clearer after the October premiere.” I don’t want to say too much about that except that the episode does begin to address the myriad of questions surrounding this much older Rick, but I finished Mercy with the sense that this particular storyline will continue to be teased out through the rest of the season.

As for the other characters, virtually every member of The Walking Dead family (who is still alive) makes an appearance. The episode puts most of its cast to work, as the combined armies of Alexandria, the Hilltop, and the Kingdom begin to plan their attack on Negan and his forces. Mercy also gives us just the right amount of the bat-swinging villain, which is to say just enough for him to do his game show host bit before moving on to something else.

But as much as the episode is about moving the story forward – and it does in a big way – it’s also a nostalgic look at the show’s past. There’s a particularly interesting scene that plays like an homage to The Walking Dead‘s very first episode. It’s a nice touch without overdoing it.

I should say at this point that I’ve loved every Walking Dead season premiere since I started reviewing this show for Den of Geek US, including last year’s The Day Will Come When You Won’t Be, which is the closest the series has ever come to straight torture porn. And every year I say the same thing: if the rest of the season is as good as the premiere, then we’re in for quite the ride. That’s never really happened, as past seasons have tended to lose momentum a couple of episodes in. But it seems that I’m a hopeful idiot.

Mercy leaves me cautiously optimistic that season 8 will usher in a triumphant return to form for a show that captivated us all those years ago. Episode 100 is certainly a good start.

The Walking Dead returns to AMC in the US on Sunday the 22nd of October and to FOX in the UK on Monday the 23rd of October.