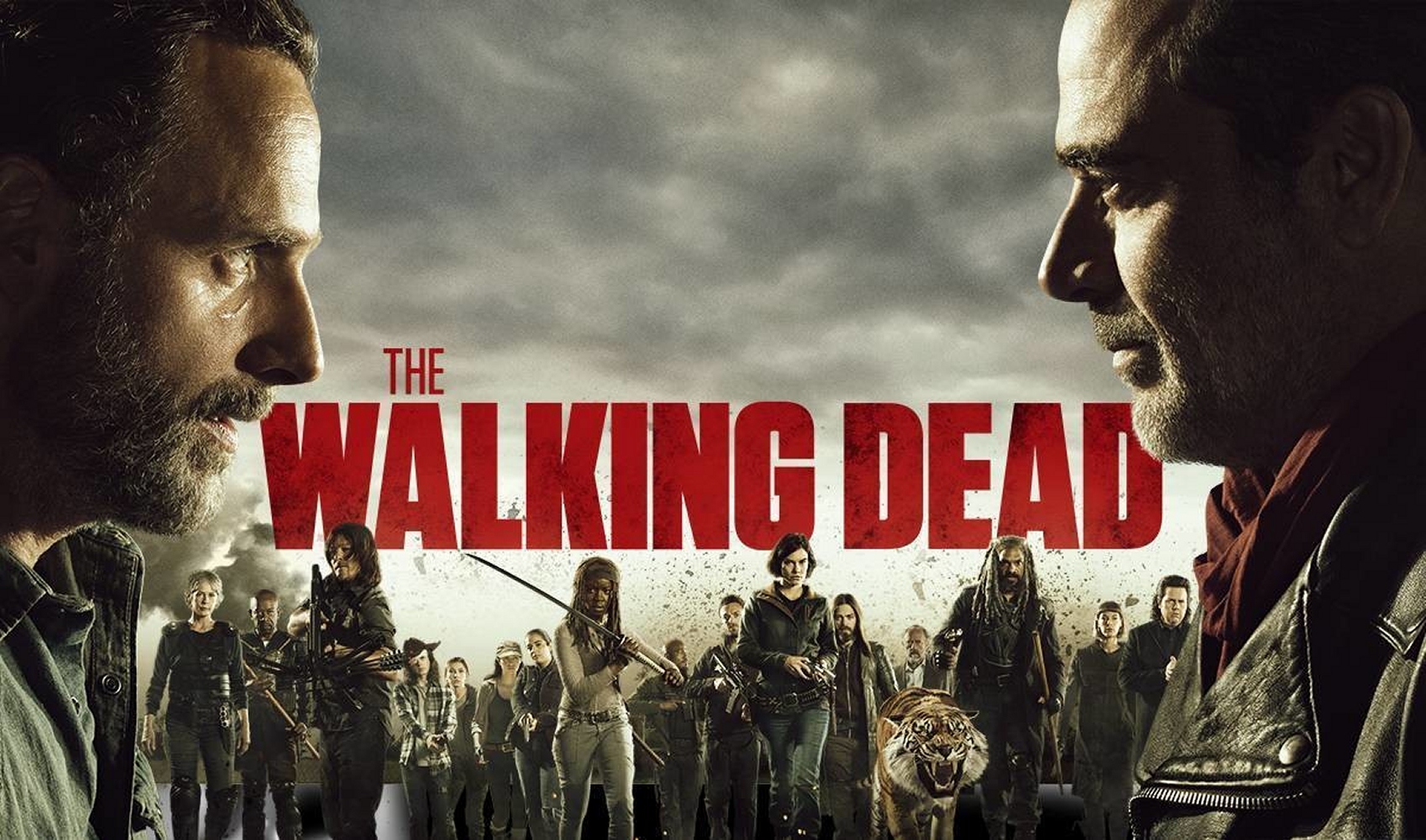 The Walking Dead returns: here's our spoiler-filled look at the season 8 premiere…

It’s strange how coincidences can happen. Earlier this week, prior to watching the eighth season premiere of The Walking Dead, I watched an episode of BoJack Horseman. I’m quite a fan of “the sad horse show,” thought I find it difficult to recommend to other people given just how dark and serious it can turn when it’s not making fun animal puns. Without spoiling the particular episode, one of the characters admits that when life becomes overwhelming, a fantasy recurs. That character imagines a distant future in which that character’s great-great-grandchild is speaking to classmates about just how well everything turned out for her ancestor, and how said ancestor is one of the grandchild’s heroes.

Watching Mercy, I was struck by the recurring motif of Rick, on the cusp of making a decision that he knows will cost him and his friends dearly, flashing back to a similar idyllic situation. Rick some years later, his hair gray and beard thick, waking up to kiss Michonne good morning, give Carl a hug, and spend time with a walking, talking toddler Judith. The bad times, such as they are, are over. And yet, Rick blinks his eyes and returns to a world in which he’s going to lead his friends and allies in a battle to the death for control of the post-apocalyptic future. The bad times haven’t even started yet.

The episode is interesting from a formatting standpoint. Rick’s fantasy is interspersed with close-up shots of Andrew Lincoln’s woozy eyes and sweat-dripping forehead. At some points, Rick and Ezekiel and Maggie give rousing speeches to the assembled fighters about their destiny, and how they’re about to take control of the future and put it in the hands of good people, not despotic Fonzie and his crew of flunkies. Interspersed with both the fantasy of peace and the preparation for war is the actual combat promised by the season 8 promise of “all-out war.”

One of the focuses for this season isn’t the human element, it’s the omnipresent threat of walkers. They’re both a weapon and a complication in “Mercy,” as several times Rick and company’s plans are almost upset by walkers getting in the way, but the walkers are also the main weapon that Rick is going to use against Negan and the Saviors. You can’t call a place Sanctuary when it’s not much of a protection against the walkers at the gates, right? Fear and panic are a great way to destabilize a tinpot dictatorship, because no matter how many of the folks on top are armed and willing to kill, the subjugated masses always have numbers on their side.

It appears that with his allies at Hilltop and the Kingdom, Rick has numbers on his side too, because he’s willing to throw away the element of surprise in a bold attack on the Saviors compound and yet he’s not willing to finish the job despite wasting hundreds of bullets shooting out windows and killing sentries at Negan’s various outposts while sending others of his team out on a wild zombie chase. With Dwight giving Rick and company inside information, and actively misdirecting his companions, it gives Rick a good advantage, but there’s a downside to the way Rick is conducting his attack. If he’s doing this simply to cause division in the Saviors, to encourage others to rise up against Negan, he’s going about it in such a way that will give Negan ample opportunity to hit back at the defenseless folk back home (assuming Negan is able to beat back the horde of zombies at his door).

Giving Greg Nicotero the opportunity to direct was the smartest thing the folks at AMC have done with The Walking Dead since bringing Frank Darabont on board to direct the pilot episode. He’s got a great touch with the actors, probably because he spends so much time with them in the makeup chair, and he’s got a great eye for interesting visuals, and he’s improved with every episode he’s directed at things like holding beats and creating tension from simple things. Carl getting out of a van while looking for gas? Tense, especially once someone starts yelling at him from afar. A zombie shambling towards a tripwire while Morgan races to stop him just in the nick of time? We don’t know what the trip wire does, but we know from the way Morgan charges after it and the look of relief that passes his face once he stops the walker that it’s something bad (the pay-off of the trip wire works well, because it follows on the heels of Morgan’s desperate lunge).

The structure of the episode is interesting to watch, and it’s a nice contrast between reality and fantasy, but after eight seasons, Rick’s inspirational speeches are starting to fall a little flat. We’ve heard it all before, and Scott M. Gimple isn’t able to reinvent the wheel as far as he’s concerned. Ezekiel and Maggie’s speeches work a little bit better, if only because Ezekiel gets to quote Shakespeare and Maggie gets to talk about the planning aspects of their fight and how much work they’ll have to do in the coming days. It’s an interesting dichotomy in leadership styles, but it doesn’t work as well as Maggie’s quiet little joke about being able to wage war until the second trimester, or the little scenes of Carol and Tara hanging out and waiting for the zombie parade to approach their overpass.

Perhaps Rick’s corny speeches are supposed to be a little corny, because they take a little bit of the edge off of a self-titled king and a guy who calls himself Jesus being community leaders. Still, Rick’s a little corn pone and Negan’s act is definitely bordering on silly at times this week, but all the other elements come together well enough. It’s entertaining, and that Gabriel is the one who gets captured by Negan makes the situation a little hairy, because Gabriel has grown into a productive member of the show’s ensemble and a guiding hand to help Rick rein in his darker impulses.

The seriousness of Rick’s assault, and the way in which they methodically planned it, is rewarding, and the fact that the shoot-out is mostly a distraction to allow the zombie herd to batter down Negan’s doors is another clever idea. It’s growth in the characters and their world, because it’s building off of Carol’s Rambo assault on Terminus and taking away Negan’s aura of indestructibility. Humans are dangerous to one another in this world, but let’s not forget about the zombies and how useful they can be in large groups.

Negan is a guy who loves nothing more than projecting power, but this move by Rick shows just how powerless Negan and the Saviors really are behind their swagger, facial hair, and leather. Being the baddest dog on the porch doesn’t mean much when you’re fenced in. Having an armed gang is useful, but only when they’re able to get out and shake down other communities for food and supplies and not fighting desperately against overwhelming odds for survival. When the guys with guns can’t keep the zombies away, then what good is it to trade freedom for survival when survival isn’t guaranteed anymore?

To take away Negan’s aura is to take away the one real advantage he has over every other 1950’s greaser survivalist. Negan can’t create the future he wants without people, and he certainly hasn’t earned a lot of love among his followers. Like Gregory once upon a time, he’s in power because he’s allowed to be in power, but much like Maggie changed that at Hilltop, Dwight seems to be trying to change that at the Sanctuary.

US Correspondent Ron Hogan is very glad to see that George Romero got a tribute in this episode, even if it was just a little note at the end dedicating it to his memory. The godfather of the zombie genre.