The Snowman: what on earth went wrong? 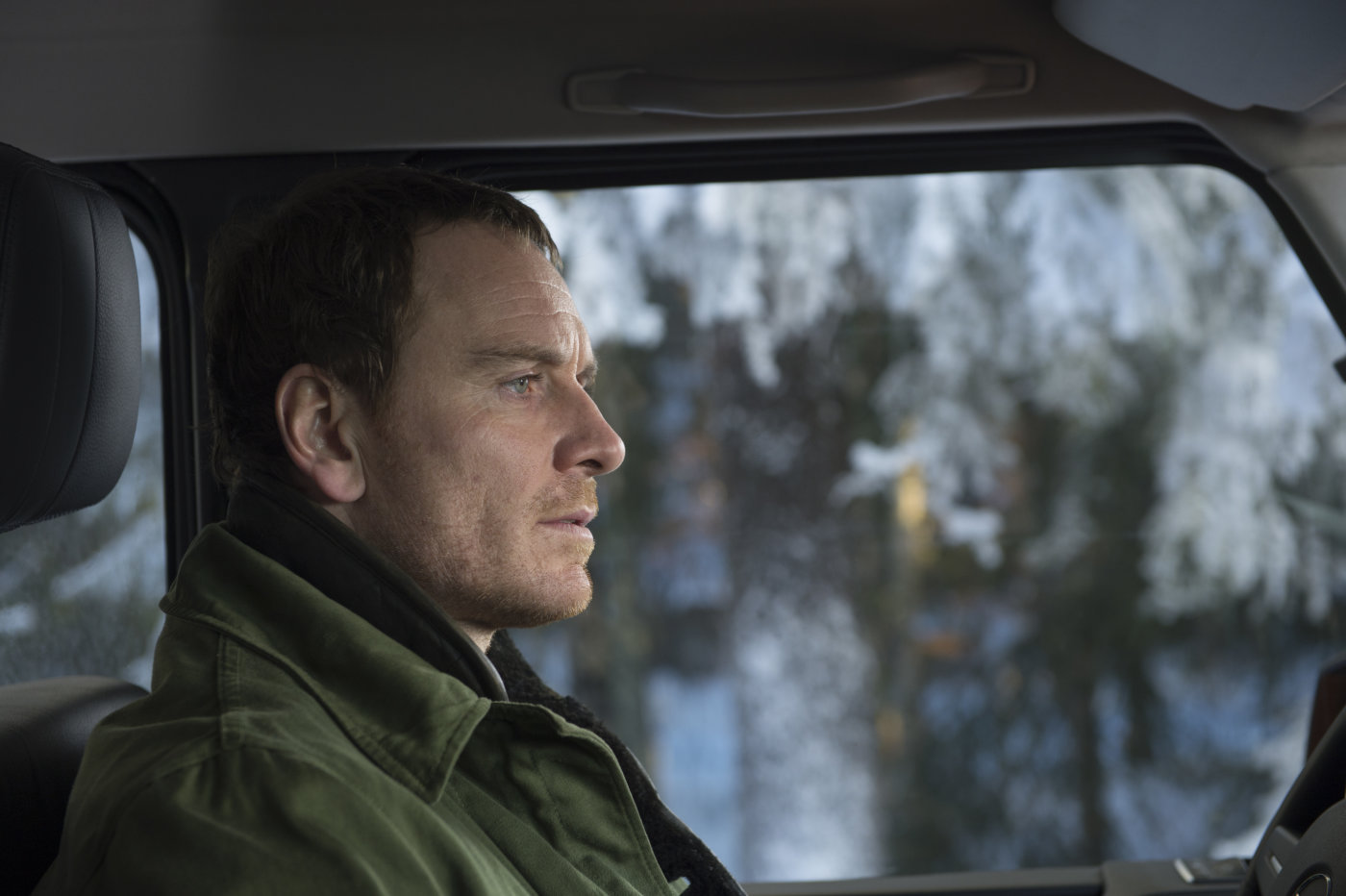 Panned by critics, mystery thriller The Snowman is a curious misfire from some great actors and filmmakers. So what happened?

NB: The following contains major, major spoilers for The Snowman movie and the original novel.

Most great crime thrillers hook us in with a mystery: who’s the killer? The Snowman, released earlier this month to a blizzard of chilly reviews, offers another conundrum that lurks just outside the frame: how did a film with such a sterling pedigree go so bafflingly wrong?

The plot, as laid out in Jo Nesbo’s best-selling novel of the same name, sounds like decent fodder for a disturbing thriller in the vein of Seven or The Girl With The Dragon Tattoo. An alcoholic Norwegian detective (Michael Fassbender’s Harry Hole) is being taunted by a serial killer who murders and dismembers his female victims and leaves their remains dotted around the desolate landscape. The killer’s targets appear to be linked by infidelity in their personal history; snowmen are ominously left standing outside their houses. So who’s the killer, and what’s his motive?

It’s evident from the opening scene – a prologue set some time in the 1980s – that we’re in curious territory with The Snowman. Introducing the traumatic childhood of a Norwegian boy whose mother drowns when her car skitters onto thin ice, the  scene’s editing is full of jolts and strange elisions. Was the sequence originally much longer, but later cut down? Why does it all feel so disjointed? That the opening credits name Thelma Schoonmaker as the editor only serves to deepen the mystery: Schoonmaker is Martin Scorsese’s regular collaborator, and one of the most respected technicians in the business.

Schoonmaker’s name among  the opening titles speaks to The Snowman’s turbulent behind-the-scenes story. Back when the idea of adapting author Jo Nesbo’s novel was first floated, Martin Scorsese was named as its director – perhaps with an eye to give Nesbo’s horror-infused prose a heavy atmosphere akin to the filmmaker’s adaptation of Dennis Lehane’s Shutter Island. Scorsese soon departed, leaving the position open to Swedish director Tomas Alfredson, who demonstrated his own talent for generating a frosty atmosphere in such films as Let The Right One In and Tinker Tailor Soldier Spy. Somewhere during the shoot, things evidently started to go south. In a surprisingly frank interview on Norwegian television, Alfredson said that, due to a compressed production schedule, he and his crew “didn’t get the whole story,” and adds that, “when we started cutting we discovered that a lot was missing.” Indeed, Alfredson estimates that, during the shoot, which took place in Norway between January and April 2016, his crew didn’t film between 10 and 15 percent of the script. Exactly how such a huge tract of the film was left out of the initial shoot isn’t clear.

As a result, a series of reshoots took place in London approximately one year later, and the resulting film certainly bears the scars of a rushed and troubled production (“It happened very abruptly,” Alfredson said of the moment when The Snowman got its financing together; “suddenly we got notice that we had the money and could start the shoot…”).

While Schoonmaker is credited as the sole editor during The Snowman’s opening, Claire Simpson (the seasoned veteran of such films as Platoon and Wall Street) is also credited on IMDb. That The Snowman is credited to three screenwriters (Hossein Amini, Peter Straughan and Soren Sveistrup) suggests that more than a few rewrites took place. A quick  glance through IMDb suggests that an entirely new crew was roped in for those reshoots – an indication of just how extensive they must have been. Among the personnel you’ll find an additional production manager (Rhun Francis), several  assistant directors and other crewmembers.

The change in assistant directors and other assorted crew certainly explains some of The Snowman’s weirder moments. Michael Fassbender’s detective hero, Harry Hole, has an entirely different haircut in at least one scene. There are entire plot threads that are established but never really go anywhere of particular importance. It’s shown early on that Hole’s flat is in as tired and degenerative a state as its boozy owner, and a mould specialist turns up to fix its terminal damp problem. Later, the Snowman killer appears to sneak into Hole’s flat, posing as the mould specialist – something we have revealed to us when the real mould specialist sees the disguised figure walking away from the building. The mould specialist is never seen again, and this minor yet well-established strand is never returned to.

Likewise the story of Arve Stop, the seedy industrialist played by JK Simmons. For a while, this sleazy character appears to have an arc worth following, particularly when detective sidekick Katrine Bratt (Rebecca Ferguson) goes to extreme lengths to investigate him as part of the Snowman killings. That Stop turns out to be a red herring is one thing; it’s curious that such a despicable, unpleasant character simply vanishes from the story without any comeuppance or satisfying resolution. Similarly, Ferguson’s character, whose path takes a far different turn in Nesbo’s book, meets a curiously abrupt end in Alfredson’s movie.

Dangling threads aside, The Snowman comes loaded with a number of baffling creative decisions that provide a source of numerous unintended laughs. Why bother having Chloe Sevigny show up to play her own twin sister for one solitary, borderline hilarious scene? Whose idea was it to have a jangling burst of music akin to The Twilight Zone‘s soundtrack as the camera pushes in on a prosthetic Sevigny head mounted on the body of a snowman? Whose idea was it to make those mobile police computers so big and chunky, like one of those terrible Amstrad Emailers from 10 years ago? Who signed off on the fully-clothed, non-sex scene between Fassbender and Charlotte Gainsbourg? Why was it cut to the haunting strains of Sigur Ros? What’s with the use of the infamous novelty record, Popcorn, possibly one of the worst pieces of music ever conceived?

The Snowman is so full of head-scratching filmmaking choices that your humble writer’s post-screening notes are simply filled with hastily-scrawled observations. In one early scene, Fassbender pulls a gun on the mould specialist mentioned above. The mould specialist doesn’t flinch, or look at the gun, or gently ask Fassbender to stop pointing the gun at him.

Later, Fassbender has a flashback to an incident that his character didn’t even witness. Chloe Sevigny, standing in a chicken shed with an axe in her hand, is oblivious to the black-clad murderer walking right behind her. Then there’s an upsettingly ill-looking Val Kilmer, whose dialogue is obviously and very badly looped in after the fact. There’s an entire story behind his part in the movie alone, we suspect. Kilmer’s casting is emblematic of a movie with a stunning extended cast – Toby Jones, Simmons, Gainsbourg, Anne Reid, even Line Of Duty’s Adrian Dunbar, who looks and sounds exactly like Hastings out of Line Of Duty – but no real idea what to do with them. Why bother even flying an actor as good as Toby Jones all the way to Norway for one, solitary scene? The casting’s also emblematic of a film with production values but little in the way of finesse; the Norwegian scenery looks cool and minimal, but the story plods along on a rickety bridge of clumsy dialogue and flat exposition.

By the conclusion, in which a thoroughly fed-up looking Charlotte Gainsbourg is tied up in a shed by the killer and Fassbender stands in the middle of an icy lake, shouting, the audience had begun tittering awkwardly. It’ll be a few years, we should think, before the full behind-the-scenes story of The Snowman emerges. But until then, the movie stands as one of the most unintentionally amusing mystery thrillers of the past decade.

In a featurette put out shortly before The Snowman‘s release, Tomas Aldredson had this to say: “I would like people to react physically. To get scared, or to laugh, or to sweat. That’s when you know you’ve succeeded.”

Well, one out of three isn’t bad, we guess.