The Simpsons: Hank Azaria addresses The Problem With Apu 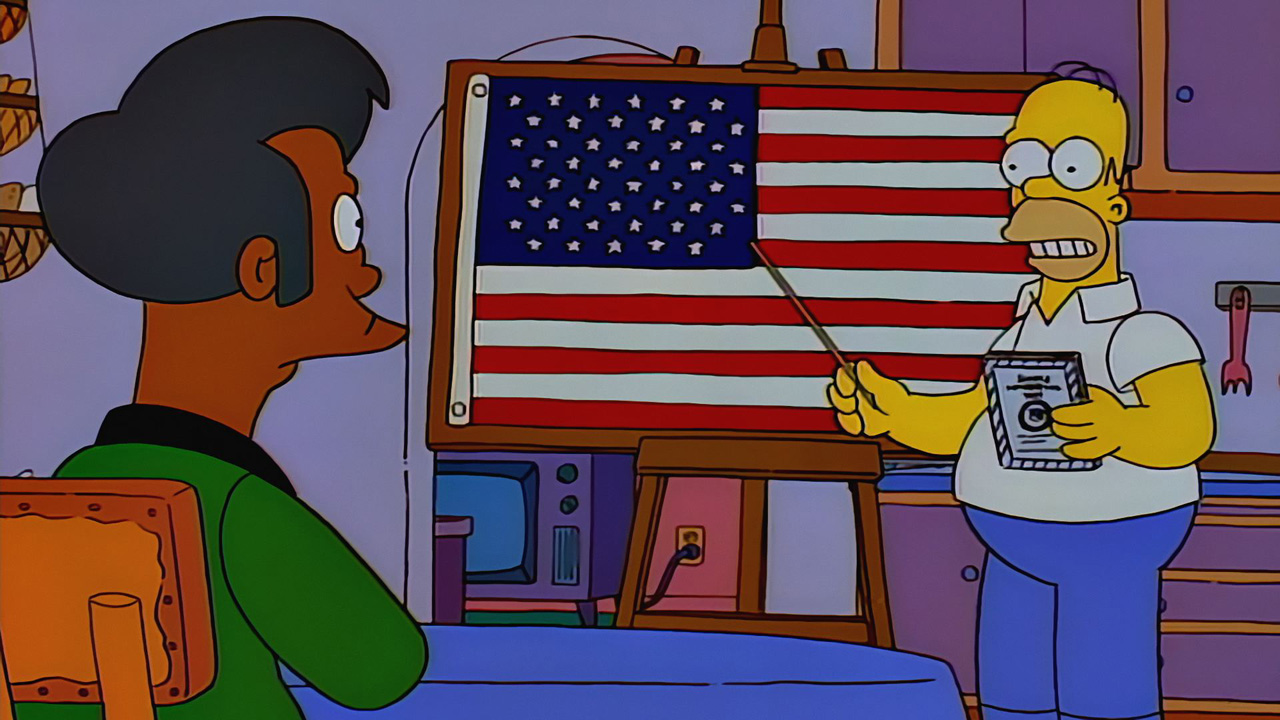 Apu Nahasapeemapetilon, the ever-pleasant Kwik-E-Mart merchant on The Simpsons, is ascending to healer status.

Apu graduated first in his class of seven million at Calcutta Technical Institute (Caltech), before earning his Ph.D. in computer science at Springfield Heights Institute of Technology (SHIT). He has currently been giving lessons in ‘soft racism,’ and Hank Azaria, the actor who voices Apu, is paying close attention in class. The dialog began with the TruTV documentary The Problem With Apu, from comic and filmmaker Hari Kondabolu, which pointed out how the character exploits stereotypes of Indian immigrants.

“I think the documentary made some really interesting points and gave us a lot to think about and we really are thinking about it,” Azaria told TMZ during an impromptu interview at LAX. “Definitely anybody that was hurt or offended by it, or by any character or vocal performance, it’s really upsetting that it was offensive or hurtful to anybody.”

Kondabolu, a 34-year-old standup comedian from Queens, told Vulture in an earlier interview that he found Apu “insulting” rather than “offensive,” making a dialogue on soft racism easier to discuss.

“I think it’s an important conversation, and one definitely worth having,” Azaria added during the TMZ chat. “We’re just really thinking about it. It’s a lot to digest.”

Apu is “based on a fundamental flaw, a stereotype,” says Kondabolu. “Everything is through the lens of a white person’s perception of an Indian immigrant. It’s the same jokes: India has over a billion people, something about curry, gods with many arms and elephants’ heads, arranged marriage.”

Azaria based his vocal characterisation of Apu on Peter Sellers’ comic dialect from the 1968 film The Party, made before the politically correct age. But the documentary is not about microaggressions, it is about burying a fossil bone. The Problem With Apu asked South Asian–American actors and actresses like Kal Penn, Utkarsh Ambudkar, Aziz Ansari, and Sakina Jaffrey to break down how they felt about the popular cartoon character.

As a comedian, the documentary maker understands and was prepared for the defense that The Simpsons makes fun of everyone equally. While he is encouraged that the series knows the joke is getting old, he is not sure if that goes far enough.

“It’s not enough to be simply aware that something is wrong,” Kondabolu told Vulture. Azaria “was aware and still kept doing [the voice], kept doing it publicly. That’s so weird to me.”

Kondabolu is also a a little apprehensive about how the Fox comedy might address the problem. He told Vanity Fair he is afraid The Simpsons might find a final solution to the problem with Apu’s character. Besides being a “lazy thing to do,” Kondabolu doesn’t want to go down in history as “the guy who killed Apu.” He suggested the writers give Apu “some upward mobility,” whose fortunes at the Kwik E Mart chain could rival C. Montgomery Burns.

“If there’s some truth to the South Asian convenience-clerk trope, well, a lot of those people end up buying the business,” Kondabolu told Vulture. “How about we make him a small-business owner? He’s always an employee, subservient. Why don’t we get him an opportunity to own?”

The standup believes the change would help the show itself. “It’s a little stale,” he said. “That could give it a completely new angle.”

He would also welcome seeing Apu’s children taking up where their father left off.

“Have them represent us. Have writers who can write to that voice,” he said.