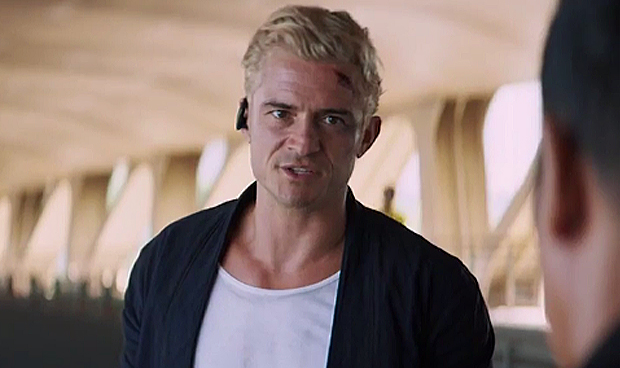 The Shanghai Job is a British-Chinese produced action flick, starring Orlando Bloom, that was initially released in China in September as S.M.A.R.T. Chase. However, since its upcoming UK and US. release clearly demands a snappier title than that, a title change occurred.

Now, the trailer for said release has arrived, showing Bloom channeling what’s left of his Legolas-like reflexes in some street skirmishes and high-speed car chases.

The Shanghai Job trailer centres on British bodyguard Danny Stratton (Bloom), who sports a good amount of snark, since his current gigs pale in comparison to his former glory as a private security agent, which ended after a serious mistake. However, the job proves to be anything but dull when, escorting a Chinese antique, his convoy is ambushed in a caper that sees the woman he loves kidnapped. Thus, Danny embarks on a quest to kill several birds with one stone to get her back, get revenge and potentially use the criminals in an elaborate plan to restore his agency’s damaged reputation. Of course, said quest will immerse the streets of Shanghai in a fair share of high-speed, high-impact violence.

Here, in fact, is the official synopsis…

Washed-up private security agent Danny Stratton has been reduced to low level body-guarding operations, after a botched job when a Van Gogh painting in his care was stolen. He gets a chance to restore his reputation when he’s given the rare opportunity to escort a valuable Chinese antique out of Shanghai. In the course of the mission he is ambushed, and, with the safety of the woman he loves in jeopardy, Danny has to work with his team of experts to save her, whilst also outsmarting the devious mastermind behind the heist.

The film heads to video on demand at the end of January, with a DVD release in early February.