The Rookie: new Nathan Fillion TV series on the way 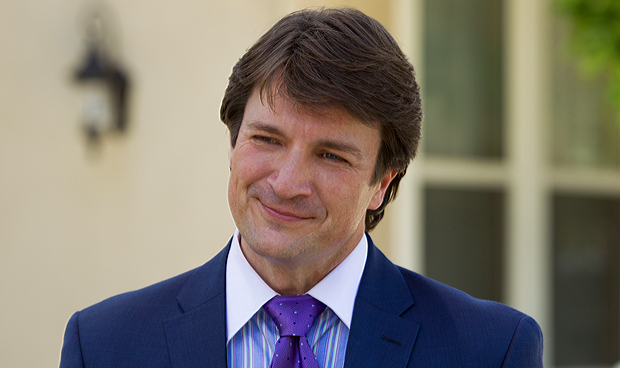 Nathan Fillion will soon be back at the former home of Castle, ABC, to star in a new dramedy series called The Rookie…

Nathan Fillion’s starring role as Captain Malcolm Reynolds on Fox’s ahead-of-its-time space/sci-fi/western series Firefly will likely be forever considered the elephant in the room that is his career. Yet, his 2009-2016 run – opposite Stana Katic – as the title star of ABC crime procedural Castle was, in actuality, the most prominent gig of his career. Now, a year and a half after that series came to a (controversially sloppy) close, Fillion has finalised a deal to return to ABC with a series called The Rookie.

ABC has emerged the winner in a competitive situation to acquire The Rookie, reports Deadline. With the network giving a straight-to-series order, Nathan Fillion will not only serve as star, but has also nabbed an executive producer slot. The series will be getting some of the Castle band back together, since the initial project was a collaborative reunion of sorts between Fillion and that show’s final executive producer, Alexi Hawley, who has also written the script. After spending seven years on Castle playing an eccentric author/police consultant, The Rookie will have Fillion actually emerge from the sidelines to put on a uniform to be a cop.

Based on a true story, the dramedy series will centre on John Nolan (Fillion), a forty-something man who makes a radical career turn that lands him as the oldest rookie in the LAPD. Having abandoned a comfortably tranquil small-town life, John decides to navigate an existence in Los Angeles, pursuing a dream that has nothing to do with showbiz, but as a rookie cop, working with uniformed peers who are generally twenty years younger than him, while facing all the bodily dangers and political pitfalls it brings.

The Rookie stands as Fillion’s first regular series role since the 2016 conclusion of Castle. He’s since had appearances on former Firefly co-star Alan Tudyk’s Vimeo series Con Man, a memorable guest turn on Netflix’s Santa Clarita Diet, reprised his recurring role on Modern Family and lent his voice to animated fantasy films Yamasong: March Of The Hollows and Cars 3. His producing partner, Hawley, got his first break as an associate producer on Castle, eventually working his way up to executive producer/showrunner. He’s also worked on Fox crime drama The Following and ABC forensic procedural Body Of Proof.

There’s no word yet on when we can expect the ABC series to arrive.