The rising cost of retro gaming 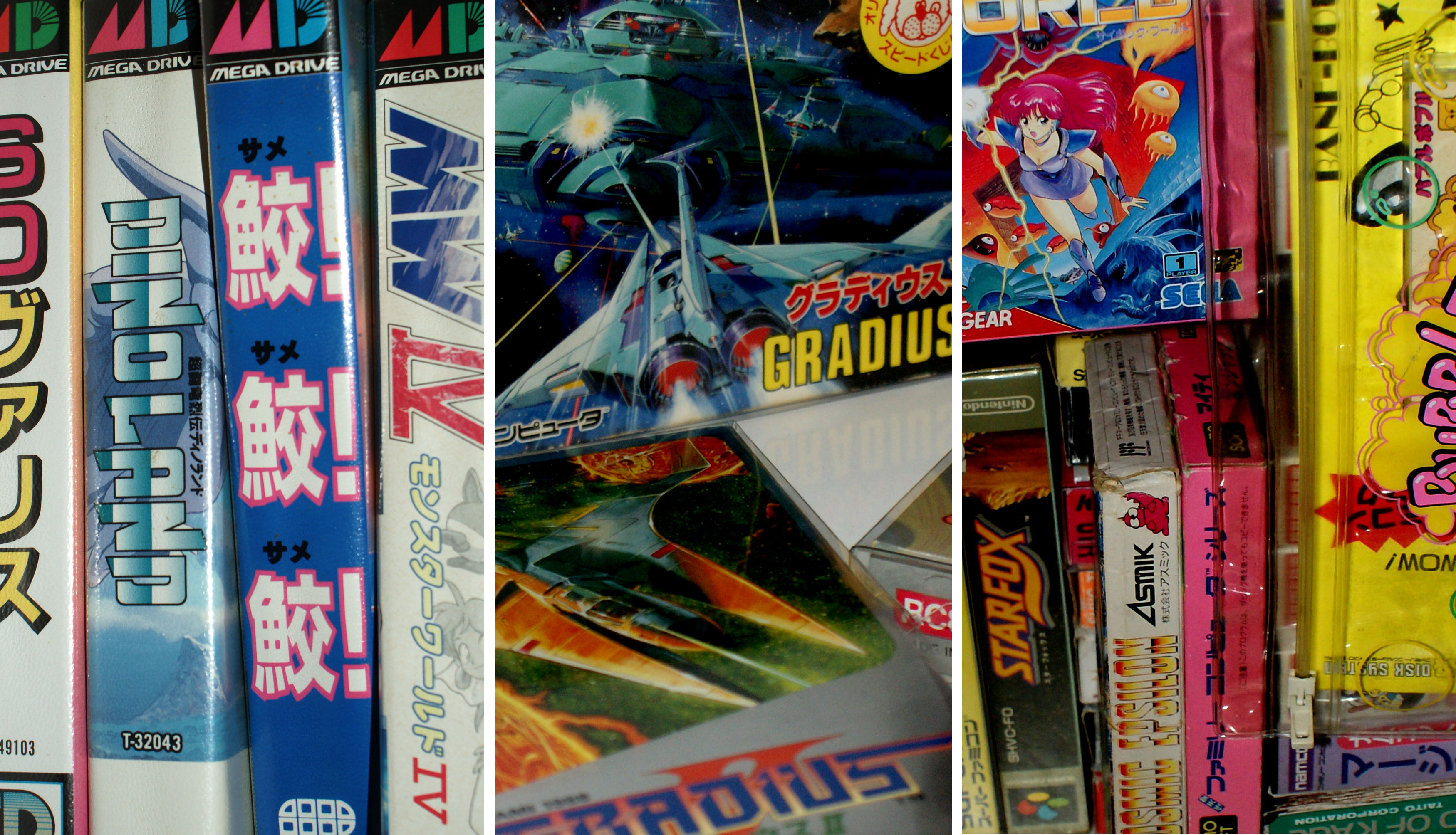 Collecting retro videogames is fun, but depending on what system you’re into, it’s getting increasingly expensive…

Some of videogame history’s most eye-catching stories are reliably about failed software and hardware and catastrophic sales.

One of the earliest fables in the medium’s brief history surrounded the tie-in game for E.T.: The Extra-Terrestrial – a game whose supply so outstripped demand that copies of it were famously buried in the New Mexico desert. Or, to cite a more recent example, the flailing attempt to create a British console to rival the Nintendo Entertainment System – the infamous Amstrad GX4000, which sold a few thousand units and then apologetically vanished. Or Nintendo’s first, deeply weird stereoscopic experiment, the Virtual Boy, which was continued after less than one year and widespread reports of nagging headaches.

If you’re one of the few people who own one of these games or systems, and happen to still have it in its box, then you’ll be having the last laugh. Boxed copies of E.T. tend to sell for between £30 to £80 depending on their condition. An as-new GX4000 might set you back £150 or more. As for the Virtual Boy, Nintendo’s failure is potentially your gain: the system was produced in such small quantities that boxed ones tend to sell from £200 to £300 depending on their condition. Some of its games are even more scarce: a copy of Virtual Bowling sold online for an eye-watering £1722.77 back in September.

That once-shunned pieces of videogame history can command such prices is a sure sign of a maturing industry; indeed, while the demand for new experiences is as healthy as ever, the collecting of older games and systems has long since become a hobby in itself. There are sellers on eBay who specialise in selling nothing but retro games and machines; entire websites and YouTube channels are devoted to the subject.

The market for retro stuff is driven in no small part, no doubt, by simple nostalgia. Just as collectors of Matchbox cars or Star Wars toys want to reclaim the things they loved as kids – kept in boxes this time, rather than played with until they fell apart – so collectors of games are often attracted to the systems they grew up with. Someone who grew up in the early 80s would likely want to collect Atari 2600 games, for example; a child of the 90s might be more into PlayStation, PC or Nintendo 64 titles. But there are other reasons to obsess over old games, too: your humble writer mostly collects Japanese games from the 80s and 90s, largely because the graphic design and box artwork from that era just looks so appealing.

As someone who’s collected videogames for over 15 years, it’s been interesting to watch how the interest in all things retro has grown. For as long as I can remember, there have been games that are legendarily rare and expensive; there’s that indescribably obscure Sega Mega Drive edition of Tetris that can sell for tens of thousands of dollars.There’s the NES sports game Stadium Events – another title that occasionally makes headlines when a copy sells for around the price of a car. These and games like them are the golden fleece of the collecting scene – out of reach for most of us, unless you get lucky and find one in a second-hand shop, which isn’t too likely these days.

For the most part, the prices of games like Stadium Events and Mega Drive Tetris are driven by sheer scarcity: only a handful are known to exist, so if there’s a demand for them among collectors, then it follows that prices will be high. Over the past decade or so, though, games that were once thought of as comparatively common have steadily climbed in value. Take something like Pokemon FireRed for the Game Boy Advance; a used, good condition copy recently sold on eBay for £90. That’s hardly a bank breaking sum by Stadium Events standards, but it’s not bad for a game that, about a decade ago, you could probably have picked up at a fraction of the price. A game that was once a common sight in shops is now highly collectible, partly because of the growing interest in Pokemon, as collectors who loved the property as kids start buying the old games again, and also because its fragility means that good-condition copies are getting harder to find.

The increasing age and scarcity of some games, along with a growing collector’s market, has seen prices generally creep up across the board. Back when I first started collecting games, I largely stuck with Japanese Mega Drive titles, partly because I love the system, and partly because, in the early 2000s, getting hold of the games was relatively cheap and easy; with a bit of cunning, hunting and good timing, it was possible to get some of the more common titles for less than £5 on eBay. It was still possible to find old Mega Drives at second-hand shops or car boot sales. Even rarer titles, like Musha Aleste, a classic top-down shooter that puts mecha in a feudal Japanese setting, were available for a comparatively low price.

Today, all but the tattiest and most common Japanese Mega Drive games – an old baseball title missing its manual, say – will sell quickly on eBay. A copy of Musha Aleste will now set you back over £100. A decent, complete copy of another great shooter, Ex Ranza now sells for about £50 – about three times its cost a decade ago. Again, these games aren’t getting any younger, so it follows that the prices will creep up as a result. But there are also plenty of signs that a growing interest and accompanying demand for retro games is also pushing up prices.

By 2012, my love of collecting videogames took me to Japan, and I was in heaven: compared to places like eBay, the prices of old games were incredibly cheap. By this point, my collection had grown to take in games for the Famicom, Super Famicom, Sega Saturn, Game Gear and PC Engine as well as the Mega Drive, so there were plenty of platforms to choose from. Dedicated retro game shops, including the now famous Super Potato in Akihabara, were full of all kinds of colourful, precious things – some impossibly rare, most less so. There were astoundingly expensive games like a low-run version of Gradius for the Famicom, which even there would cost hundreds of pounds or more. But dotted around the place were less scarce games that, by the standards of prices on eBay, were a bargain. There were PC Engine titles, in mint condition, available for less than the price of a new DVD.

A chain of stores called Book-Off reliably contained more delights. Although largely given over to books, comics, music and movies, these stores, easily found in most Japanese cities, contained a small yet awe-inspiring selection of classics. I snapped up copies of Super Mario World and Mario Kart for only a few pounds. I got back from Japan in the spring of 2012 with a suitcase full of games and a traumatised wallet; if I’d known then what I know now, I’d have bought even more stuff.

Four years later, I was fortunate to briefly visit Tokyo again, and I was stunned by how much things had changed. The range of PC Engine games at Super Potato was down to just a handful of titles; the prices all over Akihabara had sky-rocketed. There was a similar story at the Book-Off stores I had time to explore: still some bargains to be found, but fewer of them. While the shifting rate of exchange meant my pounds sterling didn’t stretch as far as it did in 2012, the difference was still unmistakable. Titles that were common four years earlier had either vanished or shot up in price; copies of Super Metroid were readily available in those Book-Off stores in 2012. By 2016, dedicated retro shops had them behind glass – like that Gradius title, they’d joined the ranks of holy relics. Admittedly, they looked mint, but even so, times had clearly changed.

With hindsight, I probably should have seen all this coming. Although modern games often dazzle with their technical sheen, there appears to be a growing affection and respect for classic games like Mega Man, Castlevania and Metroid. As such indie hits as Super Meat Boy and Shovel Knight have referenced their ingenious design, it seems natural that a growing number of people would want to seek those original titles out. And as the games industry increasingly heads towards the digital realm, there really is nothing like having a physical copy of a classic title.

Nintendo evidently recognises the affection for retro stuff. While the firm’s never been afraid of referencing the past, the NES Mini and this year’s Super Nintendo Mini are something else altogether. The titles packaged on those systems have been available for years as downloads, but Nintendo recognised that people wanted a physical connection to the past: a boxed, tangible item that tapped into the affection for those systems and some of their best games. For those who don’t have the money and space to buy an original SNES and a copy of Super Metroid, the Mini could be considered the next best thing – though it’s an irony that scarcity, demand and cold-blooded scalpers on eBay have made these expensive items in themselves.

So with the rising cost of retro, does all this mean that collecting games is only for the wealthy? Far from it. While it’s getting more difficult to find a bargain for the Mega Drive or Super Famicom – especially if you’re after the more sought-after titles – it’s still possible to find an obscure classic if you’re patient and seek out the best deals. A game like Galaga 88 for the PC Engine, to cite one example off the top of my head, is one of the best 2D shooters ever made – and copies of it are still curiously low on eBay. Alternatively, it’s never too late to start thinking about what the collectible games of the future might be. Western translations of Japanese RPGs are reliably sought after, especially in their special edition forms. Under-appreciated systems like the PSP and Vita are already getting a healthy collecting community springing up around them, and prices are likely to go up as the best titles grow scarce.

Then there are the companies like Limited Run Games, Nicalis and others like them, which specialise in publishing physical copies of indie titles like Wonder Boy: The Dragon’s Trap or The Binding Of Isaac. We wouldn’t be too surprised if they become increasingly collectible in the future.

The main thing is to collect what you love. The vast majority of games will never come close to appreciating in value, but the simple act of tracking down your favourite titles and finally – finally – getting one for a decent price is all part of the fun. Besides, those colourful boxes sure look handsome lined up on a shelf…