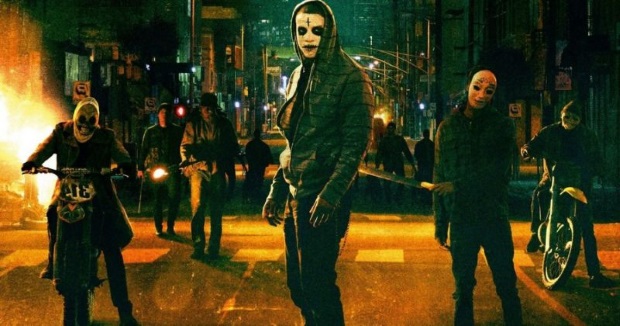 The three movies in The Purge franchise (with a fourth, a prequel, on the way next year) are among the most successful titles released by Blumhouse, the production company known largely for its low-cost, high-return horror output. Blumhouse has been expanding into TV and one of its upcoming series is – surprise, surprise – based on The Purge.

It makes sense in a lot of ways, with the franchise being eerily relevant and the world it has constructed potentially full of stories. Producer Jason Blum recently told our US chums how the show will be different from the films:

“We’re working on kind of exploring what it’s like to live the rest of the year in a world where you can kill someone on a certain day of the year. It definitely makes you think twice if you’re driving and you give someone the finger or something like that.  So we’re definitely thinking about different things that might happen in a society where killing was legal 12 hours a year. There are a lot of things that you don’t think about. You could commit a murder, and then somehow make it seem like it happened on Purge Night and get away with it. There are a lot of things that you can do with that idea, and we’re trying to think of all those different situations in that world.”

So the TV show will detail what goes on when people are not Purging – a clever way to flip the concept on its head. What do you think of the idea?

The Purge TV show will premiere on USA Network and Syfy sometime in 2018 – when the next film is due out.