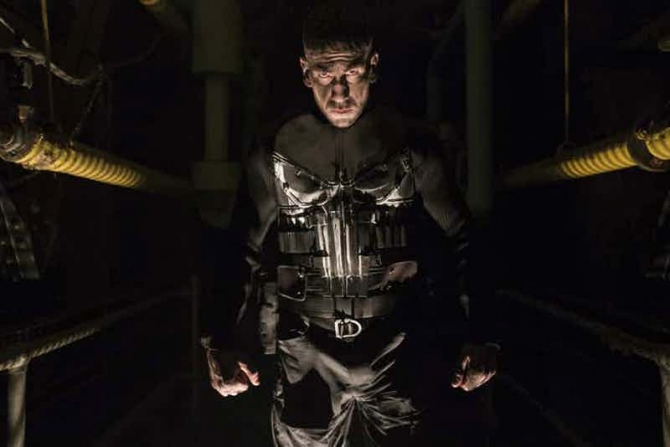 If The Punisher returns for a second season, showrunner Steve Lightfoot has a few favourite villains picked out…

There’s been no announcement yet on whether Frank Castle will be back in a second season of Marvel’s The Punisher on Netflix, but showrunner Steve Lightfoot has been weighing up a few ideas for the villainous side of a sophomore run with The Hollywood Reporter.

“One of the villains I love is Barracuda [from Garth Ennis’ Punisher MAX series]. I think he’s great fun. I also really like O’Brien [also introduced in Ennis’ Punisher MAX run]. I thought she was always really cool. Certainly those two jump out at me initially, but there are so many great characters there. It’s a very fun sandbox to play in.”

Who would you like to see go up against Frank in season 2?

If nothing else, it looks like The Punisher is a success with fans. While critical reviews are mixed (as they tend to be with Marvel’s Netflix shows), fans are devouring Jon Bernthal’s intense, emotional performance as Frank Castle. And since so far every Marvel Netflix series has been granted multiple seasons, the question on everyone’s mind is: will The Punisher be back?

Well, he probably will, although don’t expect it to happen overnight. Netflix is always cautious and slow about their renewals. While other networks routinely announce renewals before the next (or in some cases, even the first!) season of a show airs, that’s not Netflix’s style. They made us wait weeks before announcing the second seasons of Daredevil or Jessica Jones, for example.

“I genuinely don’t know how the Netflix system works with making those calls, and I assume once they do [make a call] they’ll tell Marvel and Marvel will tell me and we’ll jump back to it,” Steve Lightfoot told Entertainment Weekly. “But I’m very excited to do so. I think we left both Frank and Billy in places where there are so many ways to jump off from if that second season comes. We can do anything with them, in truth.”

If and when The Punisher season 2 happens, Ben Barnes is ready to return as a villain.

“I think it’s really interesting after having everything that you have made your foundations on in terms of the way that you come across to the world: his looks, the business that he’s built up…that’s all been literally shattered,” he told our US chums in an interview. “We’ll literally see it on his face. And so I think that there’s great opportunity to explore what that does to his mind and what it is that he even remembers. I have no idea what kind of parameters they’re going to give me to toy with it but I’ve certainly got lots of ideas about who he could be.”

If a second season of The Punisher does happen, it won’t get here before 2019. Based on what we know about their production schedules, it looks like we’ll get both Jessica Jones season 2 and Luke Cage season 2 in early to mid 2018, with Daredevil season 3 likely to follow in late 2018, and Iron Fist season 2 in early 2019. That’s all speculation at this stage, and you should note that no official release dates have been announced, but season 2 of The Punisher would have to be behind those.

We’ll update this section when we have more information.