The portal of Geekdom by Megan Olyott 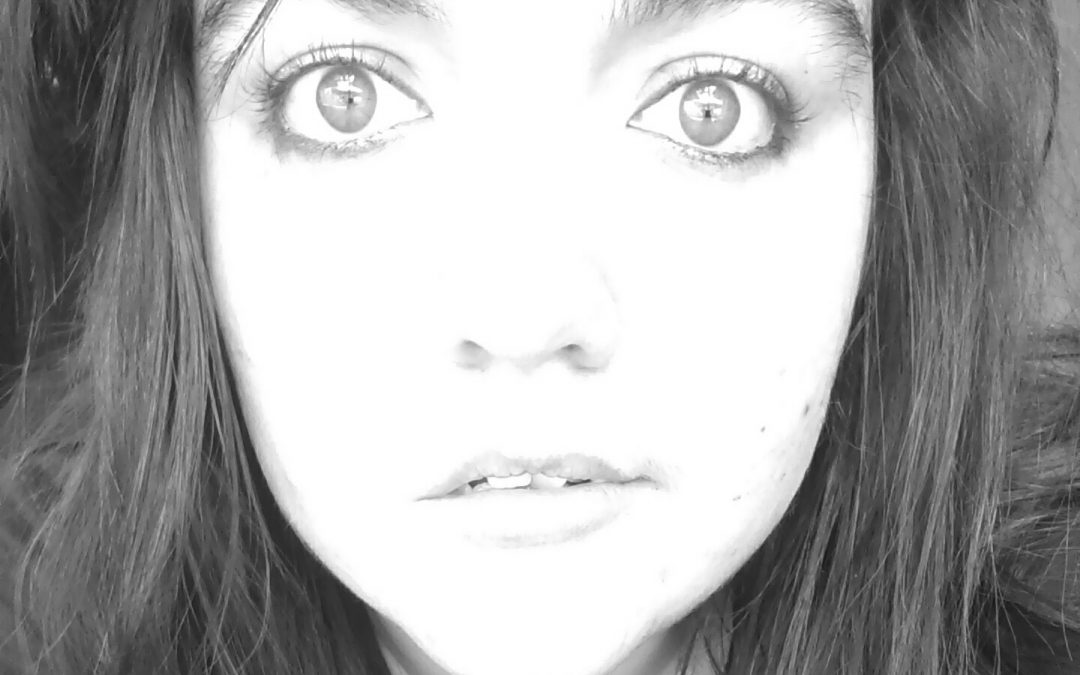 As the clouded sky from the north began to creep closer, the wooded area my clan has used for centuries grew increasingly enchanted. Dry grass and twigs bent under my Elven feet as I made my way to the next portal.

My eyes moved around restlessly, searching, relying on my thin pointed ears that quivered with curiosity. As if my arms knew before my brain, I held up Whisperwind the bow of my father, Orrian Liaydark, and pointed it in the direction of the noise.

“I will not let you pass!” My voice was laced with fear. I tighten my grip, exposing the white enchantments etched in my hands.

A dark, horrendous laugh bellowed from behind me. How could I have been caught by his distraction? I felt his hot Orc breath against my neck as he moved in for the kill, “An Elf, alone like this? Must be my lucky -.”

The thud of his body hitting the ground gave me the sign. I could breathe again, “Thank you, Ardreth.” I whispered as I looked towards the trees, searching for the brown eyes I had known all my life. They poured into my soul sending fire to my heart. Within a heartbeat he broke the trance and began moving from tree to tree, marking my path to the portal.

This world was darker than the one before it. The lights, almost out from the lack of life, gleamed gloomily over the vacant cities ahead of me. Cars littered the roads like the plastic in the ocean. Walking slowly across a tarred road named N17, a blacked-out window with GET OUT painted in a hurried stroke, caught my reflection. I was different now; the portal had changed me. My Elven daintiness had been replaced by square, muscular shoulders and a strong ebony face that displayed a kind of dignity and resilience.

A hand suddenly clutched at my ankle and brought the smell of death with it. Its skin had long begun to rot away revealing bone that had discoloured against the conditions.

But I was not frightened.

This new body, this new brain, knew what to do. What it was.

I lifted my foot and stomped hard, releasing myself from its claws. The shatter of bone did not make this zombie stop. It hissed and snapped its jaws, crookedly making its way towards me.

Under the light of the next portal ahead, I did what had to be done.

It has been three hundred days since my last portal jump. Rust had formed on the joints of my metal body. My master had stored me away and labelled me too old to fight. He had forgotten the fire he used to weld me together with. The days spent training me to his command had long been stored in the box of forgotten memories that left just as rapidly as they appeared.

I watched through dusty eyes as my master worked day and night. He stopped to stare at a picture for hours. The bright screen of a robot brother with no soul flashed images of new and improved versions of me. CRUSH YOUR OPPONENTS it screamed. Hope jolted through my electrical wires as my master caught my dusty eyes. With a sudden excitement, he rushed towards me but removed me from the shelf without care.

As the jagged doors of the crusher closed, the portal opened.

“Elouise, we’re going to leave in a few minutes.” Mom said as she burst into my room dressed in her shihakushō and black-bob wig, “Decided to go as Rukia this time, your dad is Ichigo.” She giggled a little, knowing it would set me off.

“Everyone knows that Orihime is the best choice for Ichi.” This time I make sure to roll my eyes in disgust as I slide on my Elven ears. With a sudden despaired gasp, I got down on my knees and exposed the white painted enchantments on my hands as they caught the beam of sunlight that always shone from the veld next to my window, “Have you seen the bow dad gave me?” I asked, still crawling around.

“The one you named and everything? Sure, it’s in the car already.” Mom made her way to my door, and smiled, “You’re going to do great, Elouise. The others at GeekFest won’t stand a chance.” She walked away, leaving the door open ever so slightly as if to urge me on.

And with that, the portal of Geekdom began again.