The pop culture phenomenon of Smash Mouth’s All Star 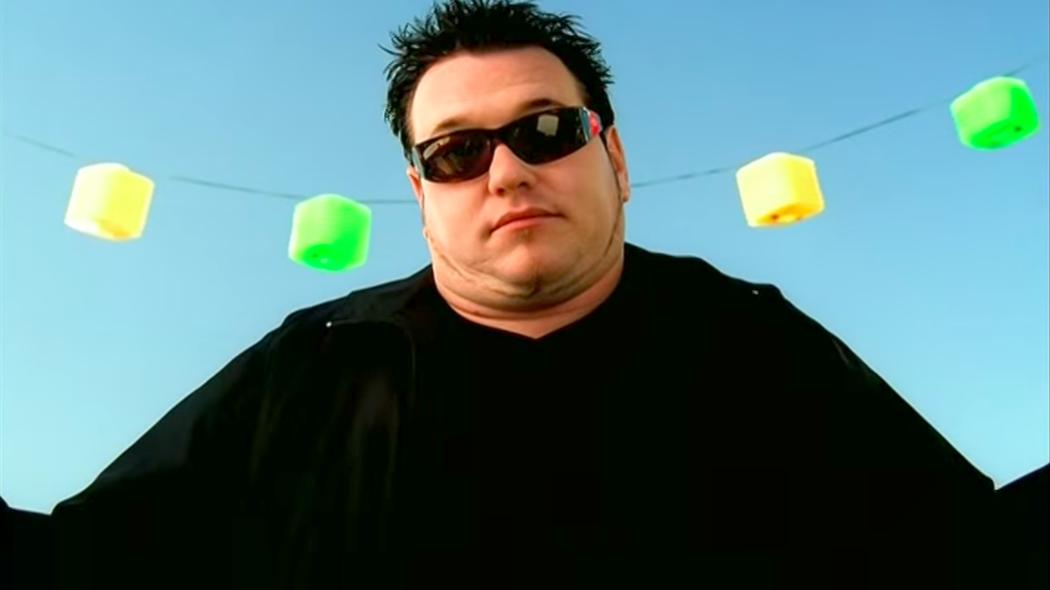 It first appeared on screen in Mystery Men. But then All Star began to spread…

“Somebody once told me the world is gonna roll me…”

Once upon a time, there was a movie called Shrek. Back in 2001, the world was introduced to the titular ogre, a not-so-jolly green giant, as he literally wiped his arse with the traditional fairytale and burst through his outhouse door. Cue All Star by Smash Mouth, and a generational obsession that ripened with the emergence of mashup culture.

The track was composed two years earlier for Smash Mouth’s second album, Astro Lounge, after guitarist Greg Camp was told by their record label Interscope that the new record lacked “a hit single”. Their punk/ska influenced debut, Fush Yu Mang, had yielded Walkin’ On The Sun, a number 1 hit on the Billboard Modern Rock Tracks chart, and under pressure to match it, Camp wrote the poppiest song he could muster.

The resulting 3 minute 21 second earworm didn’t quite match the band’s first single after all, in tone or eventual chart success, but its cultural influence was all-pervading. At the time, it felt like one of the most overplayed songs around, getting a lot of airplay as well as featuring in numerous TV ads and lots and lots of movies in a very short space of time.

All Star first appeared on the soundtrack for 1999’s underappreciated superhero comedy Mystery Men, and the music video features a scene of Ben Stiller, William H. Macy et al from the movie intercut with lead singer Steve Harwell, before getting into the video proper.

Between Mystery Men and its most memorable use in Shrek, the song also featured on the soundtracks of Inspector Gadget and Digimon: The Movie. Afterwards, it got another outing at the climax of the Jerry Zucker caper Rat Race, in which Smash Mouth appear as themselves, performing at a benefit gig.

All in all, All Star got a lot of exposure in kid-friendly movies over the first two years of its release. The viewers who were the right age for those movies then have since grown up and started making their own art, and sometimes that involves endless variations and permutations of this turn-of-the-century pop hit, and so it’s proven particularly popular in mashups.

The release of rhythm games was a major landmark in mashup culture, because of the increased availability of samples. In order for a game like Rock Band to give players the ability to control individual instruments, the artists and record companies had to provide audio stems for each playable song. People then collected that data into a large, downloadable resource with which mashup artists could experiment.

All Star was a playable track on the 2008 Nintendo DS spin-off Guitar Hero: On Tour, which is how internet artist and comedian Neil Cicierega, the mind behind the popular Potter Puppet Pals videos, got hold of the stem for this song and numerous others. Cicierega’s 2014 comedy mashup album Mouth Sounds used the familiar track as a motif in many of its tracks, including the frightening viral hit Imagine All Star People.

“When I decided to mash up Smash Mouth with John Lennon, of course I was thinking ‘This is super blasphemous, this is designed to make people angry.’” Cicierega mused. “But then by accident, some people think that it actually sounds good. A lot of people tell me that they really like it, when I was expecting that it would make them mad.”

When you listen to some of these mashups, (like Crocodile Chop, which crosses System Of A Down’s Chop Suey with Elton John’s Crocodile Rock) it’s a bit like wondering about the first person who ever milked a cow. You wonder what they expected to get out of it when they started, but the result is undeniably interesting.

But more importantly, the success of a comedy mashup album like Mouth Sounds hinges upon familiarity and common nostalgia, and the exposure of All Star at the time has put it in that position almost 20 years on from its release. Crucially, there isn’t the same ironic detachment that saw Rickrolling become a thing – the running joke is more creative than that.

Rather, the cult of All Star seems planted slap bang between irony and genuine affection. With tongue firmly in cheek, it’s like a vast collective effort to prove that the song is listenable no matter what you do to it. We’ve picked out some notable examples, but fair warning – this is one of those internet rabbit holes, and we take no responsibility for how much time you lose down there as a result of reading this piece.

One YouTuber, Jon Sudaro, has become famous by performing the vocals over other songs, in a series of lo-fi vocal mashups. There are remixes that include samples of Disney characters, Windows XP sound effects and former Fox News host Bill O’Reilly saying his own name. There are more experimental tracks that speed up the tempo exponentially every time Harwell sings “the”, or alphabetise the entire song word by word.

Just by the sheer number of artefacts available, it seems to be endlessly adaptable, limited only by imagination. That’s not bad going for a second single, although Smash Mouth’s original members seem to have different views about the song’s popularity and fair use recycling. In separate interviews this year, Camp was openly delighted, while Harwell didn’t seem to care for the online shenanigans.

Either way, through extraordinary pop culture exposure at the time, garnering a generation of fans who have come of age alongside mashup culture and internet memes, All Star has endured a lot longer than other hits of its era. It makes a nice change for those of us who grew up around that time, and as great scholars once sang, we could all use a little change…