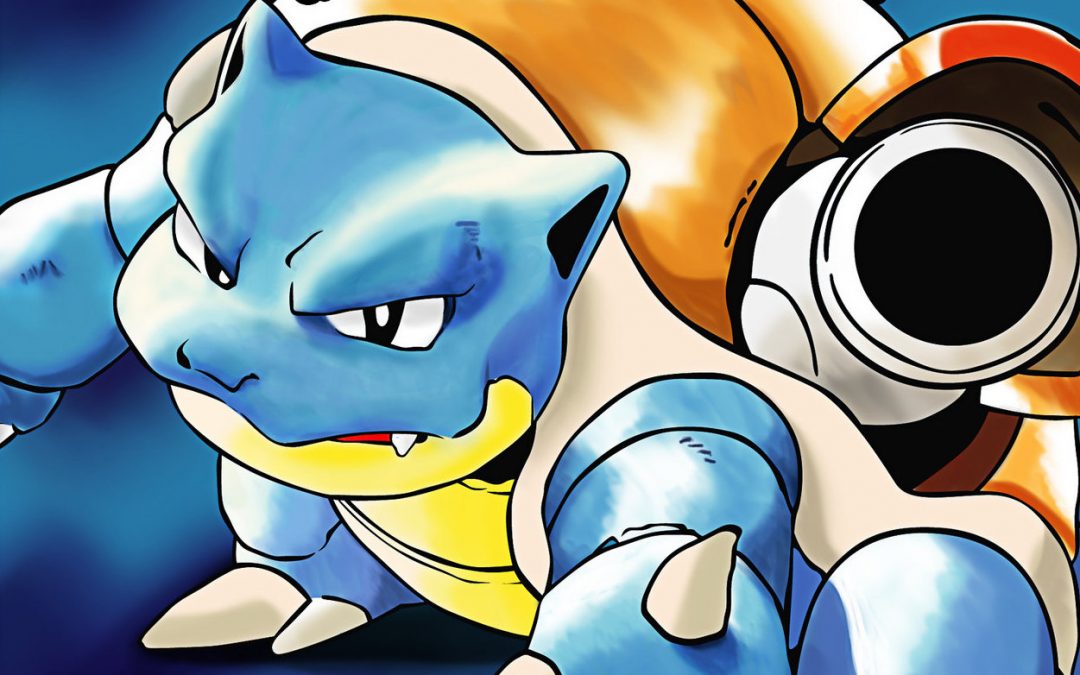 Pokémon Red and Blue kicked off the iconic RPG franchise back in the 1990s, but do they still hold up?

While we wait for more details about Pokémon Sword and Shield, Den Of Geek is delving back into Pokémon history to have some critter-catching RPG fun. We’ve decided to revisit all the core games in the franchise, which means taking a trip back to where and when it all began: the iconic Kanto region and the year 1996.

Pocket Monsters Red, Pocket Monsters Green and Pocket Monsters Blue launched in Japan in 1996. Unless they were savvy enough to import a copy from afar, gamers in Australia and the United States had to wait until 1998 to get their hands on the game, and those of us in the UK and Europe had to hold on until 1999. ‘Pocket Monsters’ became Pokémon, and the Green variant was ditched for this wider release. The versions of Red and Blue which we got were based mostly on the Japanese version of Blue, which was released a while after the initial Red and Green.

After changing the batteries in our Game Boy Color and blowing the dust out of our Pokémon Blue cartridge, we were relieved to find that the game still works, almost 20 years after its initial launch in this country. And once we started a new game, the nostalgia came flooding in. But does the original Generation 1 experience still hold up?

The opening of the game hits all those familiar beats, which were repeated so many times in the years that followed: Professor Oak asks your name (and the name of his own grandson), and then you wake up in the game, leave your mum’s house, pick up a Pokémon and head off on a Pokédex-compiling adventure. Don’t forget to grab a town map from your rival’s sister on the way out of town.

One thing that really stands out, with modern eyes, is how challenging the original Pokémon games were. While the recent Kanto revisits of Pokémon: Let’s Go Eevee and Pokémon: Let’s Go Pikachu held the player’s hand quite a bit, allowing you to dodge Pokémon you didn’t fancy fighting and simultaneously train up your entire squad using an XP-sharing mechanic, the original Red and Blue offered no such luxuries.

Almost every time you wander through some grass, in these original games, a critter will jump out at you. You’ll come to hate the sight and sound of a Pidgey for this very reason. And if you want to level up your whole party, you’ll need to do a fair bit of grinding and alternating to spread the XP around the old-fashioned way. 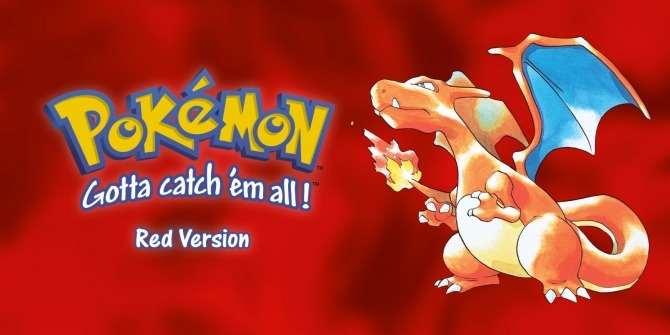 Taking on gyms and battles used to be a lot harder, as well. If you picked Charmander as your starter Pokémon, going up against Brock in the first gym was a genuine struggle and you’d have to put the work in to make a victory happen. Coming up against Ghost-types and Psychic-types for the first time isn’t easy, either.

In these original titles, if you rush straight into every battle that you can, you’re bound to black out on regular occasions. In the Let’s Go games, by comparison, the first properly hard battle doesn’t come until Mewtwo’s cave in the post-game, arguably.

Despite this high difficulty level and the grainy old-school graphics, Pokémon Red and Blue are still absolutely brilliant. The world retains its rich and detailed feel, even though we’ve seen plentiful high-tech remakes over the years with their own added bells and whistles. There’s some just magical about wandering around Kanto, getting in the scrapes and doing your best to catch ’em all (while running away from Zubats and Rattatas at every opportunity).

Gyms were upgraded a lot in later versions, but, despite the modest trappings, there’s still a great sense of occasion and heft every time you tackle a leader in Pokémon Blue. The epic music really helps to foster that feeling. We’ve seen a lot more imaginative gyms in recent years, but rummaging in Lt. Surge’s bins, for example, still feels like a worthwhile way to spend your time. Beating a gym feels like a real achievement, because of the all the work you’ve put in to get there, and that goes double when you finally defeat the Elite Four.

Depending on your personal experience of previous playthroughs, going back to certain areas in the game will bring back floods of memories: for instance, revisiting the S.S. Anne will have a special significance if your younger self really bought into the rumours that Mew was hiding under a truck behind the boat; or if you got stuck for ages in Rock Tunnel without the ability to use Flash, as a kid, returning to the scene of your childhood stress will bring you right back there on an emotional level. And, whatever your past playthroughs were like, you’ll raise a wry smile when you bump into that youngster who really likes shorts again.

Cute and funny as these games were, what stands out now is that they were quite tough to master, and it took days of your life to finish the story. Actually catching them all was even more difficult, requiring a Link Cable and a willing trade partner, as well as the ability to attend special events or partake in glitchy workarounds (if you really wanted that elusive Mew). It’d be interesting to see what modern-day kids make of the experience.

Back in the day, playing these games always felt more like a pleasure than an uphill struggle, even though it was really a bit of both. One thing that was easy was to become addicted, to become properly obsessed with your favourite Pokémon, curating a party for every occasion and working your way through this wide and wonderful world.

Gameplay notes: It’s really striking how much of the game hasn’t changed. Last year’s Let’s Go remakes added fun little flourishes like petting your partner, and took the fairly drastic decision to remove most of the battles with wild Pokémon, but the core battling dynamics remain exactly the same. You may not have snazzy items to hold or OTT special moves to deploy, but selecting the right types for match-ups and choosing the right moves is still of paramount importance.

Weirdest thing: Prof Oak forgetting his own grandson’s name still comes across as odd, but the barmiest thing in these games is still the collection of glitches that it allowed players to exploit. After talking to an old man and swimming around near Cinnabar Island, players could encounter ‘MissingNo’ (an unintentional Pokémon-ish creature that was born from glitchy data) in order to duplicate items in their bag. All the rumours around MissingNo make us nervous about deploying the glitch, even to this day, even though duplicating Rare Candy does make levelling-up Pokémon a much quicker process.

Cutest critter: This is a matter of personal preference, of course, but just look at how happy Squirtle looks in the image above! The entire first generation of Pokémon was born in these games, tying in with the animated series, so cutesy classics like Pikachu and Jigglypuff also made their debuts here. Snorlax remains a snuggle-worthy fan favourite, as well, but Squirtle definitely deserves a special mention.

Poké-Legacy: As the games that started it all, outside of Japan, Red and Blue have an immense legacy. Not only did they spawn countless sequels, which we’ll come to in due course, but they also inspired numerous remakes over the years. Pokémon Yellow was the first game to refine and remix the Blue/Red formula, putting more of a focus on Pikachu and Eevee, based on their popularity among fans of the telly show. Last year’s Let’s Go games followed a similar path, and we also saw the Fire Red/Leaf Green remakes and the Virtual Console version in the intervening years. Still, it’s easy to argue that the original version is still the most definitive, iconic and loveable.

Anyways, we’d better dash off. Please feel free to leave your own thoughts about Red and Blue in the comments below, and we’ll see you soon to chat about Pokémon Silver and Gold. Until then, smell ya later!