The Meg: here’s the synopsis for Statham vs Giant Shark movie 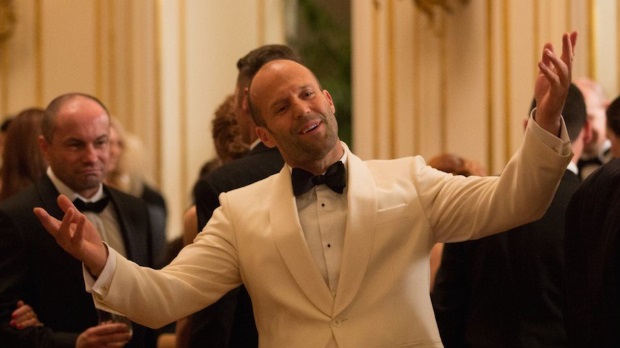 Jason Statham vs a 75 foot shark. And now we have a synopsis…

The movie gods saw we were suffering. They saw we’d sat through The Emoji Movie. They saw us toiling through Transformers sequels. They saw us desperately trying to find goodness in the depths of The Mummy.

And so they smiled. In fact, they didn’t just smile. They gave us a euphoric grin and decreed that yes, in 2018, we could have a movie where The Statham does battle with a giant shark. And, said the movie gods, just for shits and giggles, we’ll get the director of While You Were Sleeping to make it.

The Meg, ladies and gentlemen. A film for which this website feels that it was invented.

It arrives in cinemas on August 10th 2018, boasting a cast that features Li Bingbing, Cliff Curtis, Rainn Wilson, Ruby Rose, Winston Chao, Page Kennedy, Jessica McNamee, Ólafur Darri Ólafsson, Robert Taylor, Sophia Shuya Cai and Masi Oka. But crucially, the cast is headlined by The Statham, and a giant fucking shark called the Megalodon. Even typing these words is bringing a euphoric tear to our eye.

Warner Bros has furnished us now with a full synopsis for the film, and there’s not a syllable in it to dampen our glee. We thought we’d make your Friday too by sharing it with you.

A deep-sea submersible—part of an international undersea observation program—has been attacked by a massive creature, previously thought to be extinct, and now lies disabled at the bottom of the deepest trench in the Pacific…with its crew trapped inside.  With time running out, expert deep sea rescue diver Jonas Taylor (Statham) is recruited by a visionary Chinese oceanographer (Winston Chao), against the wishes of his daughter Suyin (Li Bingbing), to save the crew—and the ocean itself—from this unstoppable threat: a pre-historic 75-foot-long shark known as the Megalodon.  What no one could have imagined is that, years before, Taylor had encountered this same terrifying creature.  Now, teamed with Suyin, he must confront his fears and risk his own life to save everyone trapped below…bringing him face to face once more with the greatest and largest predator of all time.

We shall have a lot more on this movie in the year ahead. In fact, our campaign for a sequel has begun already…