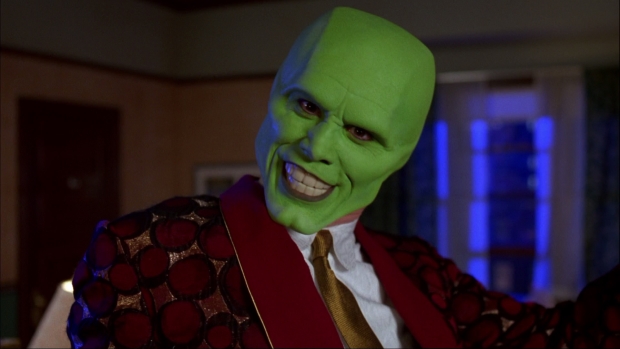 Summer 1994 was an unpredictable time at the box office for Hollywood studios. The year before, Jurassic Park had smashed box office records, but twelve months on, films such as The Flintstones and Beverly Hills Cop 3 were struggling to emulate its success. There were some solid hits: The Client, Maverick and True Lies, for instance. But there was also a sense of things changing. The big money of summer 1994 was being taken by sleeper successes such as Forrest Gump and Speed.

In the midst of this, though, emerged two brand new movie stars.

In February 1994, Ace Ventura: Pet Detective had introduced the world properly to Jim Carrey on the big screen, and over $100m in worldwide takings later, a new star was born. The Mask, though, would send his career into orbit, and prove a huge, unexpected hit. Scheduled towards the end of the summer season, the comic book adaptation grossed over $350m by the end of its run, and make yet more loot on its home release. Carrey’s paycheque enjoyed a massive boost too.

Get The Mask: Buy the film on DVD and Blu-ray here (doing so via the link supports the site). Or on digital here.

For Cameron Diaz, the career impact was arguably even more significant. Her role as Tina Carlyle was reportedly originally one that the late Anna Nicole Smith was being eyed for, until a chance encounter with Diaz on the way out of a modelling agency brought her into contention with producers. She was duly cast – after a dozen auditions – although you don’t hear her singing voice in the film: her voice was dubbed there by Susan Boyd.

Diaz’s impact – and it was her acting debut – was dramatic, and The Mask effectively cemented two stars in one. Director Charles ‘Chuck’ Russell, meanwhile, got a boost too, and would next find himself directing the big-budget Arnold Schwarzenegger vehicle, Eraser.

In fact, first talk of a movie surfaced in 1989, and the original intention was to position The Mask as a horror movie, with an eye on a franchise (more in keeping with the films that New Line Cinema – known for the Nightmare On Elm Street movies – was known for at the time). Certainly the source material – the Dark Horse Comics books – is a lot darker, and more violent. When Russell was originally offered the chance to direct, in fact, he declined, put off by the violence nature of the draft screenplay he was shown.

The film bounced around in development for a few years, gradually becoming more comedic with subsequent drafts. But it took the introduction of Carrey to open the door for a more cartoony-romp. By the time it was on the eve of release, it became clear that it was going to be a big hit, too, so much so that Dark Horse Entertainment landed a new eight-picture production deal before a paying customer had bought a ticket for The Mask…