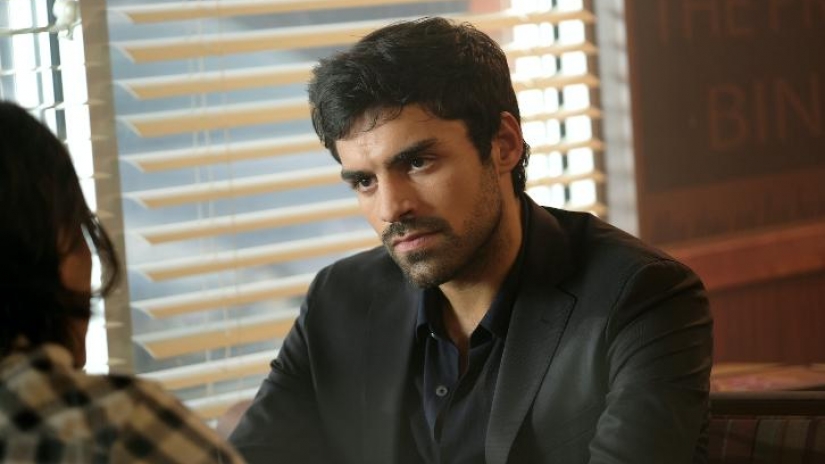 There are 4 stories in this week's episode of The Gifted. One of them is good. Spoilers ahead in our review…

This was probably inevitable, but inevitability didn’t make The Gifted‘s first wheel-spinning episode any less tedious to sit through.

The show split the main characters into four groups, and only managed to do something interesting with one of them. This week’s A-story would have been part of an interesting B-story in a good episode; two others are, except for an Easter Egg or two, a complete waste of time.

Let’s start with the good: Jamie Chung is pretty good at acting. Thunderbird decides to try and bring Blink back to the underground, so he helps her find the place she kept opening portals to when she was sick. It turns out it was a foster family that cared for her a great deal, and also Sentinel Services figured it out, went there, and killed the family. Chung’s reaction to figuring out that they were dead was expert – it was hard to watch, and her quiet “oh man” almost set me off too. We should have spent more time with them.

The featured story this week is Marcos returning to the cartel to close out his deal with Carmen. She spends a lot of the show trying to convince him that he still has the bloodlust he had when he worked with the cartel, and even though he Liefelds (breathes heavily through clenched teeth) pretty hard after blasting the hell out of a rival gang’s cocaine, it rings hollow after the last few weeks of building him towards being a father. Lorna and Dreamer track him down mid-drug torching, and Lorna confronts him in what’s supposed to be a dramatic moment, but Polaris comes off as petulant and Marcos as a little dumb. It would have been more effective had it not been the focus of the episode – had we spent a little less time with it, I don’t think we would have been exposed to the worst parts of this story.

The C- and D-stories this week are… they’re pretty awful, to be honest. There is a forced argument between Reed and Lauren that seems to serve to remind us that Lauren is a #teen, but only ends up making everyone look dumb. It turns out that Wes, the illusion caster who Lauren’s taken a shine to, has *gasp* a criminal record! So now Reed wants to make sure they don’t date. This is idiotic because, as Lauren points out, literally everyone in the mutant underground is a criminal by virtue of the fact that they’re mutants. It doesn’t stop the show from soldiering on with it, and eventually Wes leaves HQ to redeem himself in the eyes of the mutant leaders to whom he’s lied.

Meanwhile, at Sentinel Services, the Department of Justice has suddenly decided to be into civil liberties again I guess.

A mid-level rep from the main DOJ office in Washington comes to Atlanta to tell Jace that his partnership with Roderick “Ahab” Campbell’s group is illegal because Campbell’s Hound programme doesn’t exist. On the way, this person complains about the massive surveillance program that Jace has been running, and she and Jace get into a silly argument about all of the civil liberties Sentinel Services has violated in their hunt for the mutant underground. This wasn’t really a problem until the writers decided to lampshade it. Sentinel Services is, at the moment, monitoring all telephone conversations and all surveillance footage they can get their hands on from the Atlanta metro area. They are doing this without a warrant and mostly for shits and giggles (there are 5.7 million people in the Atlanta metro area, and they’re looking for like, 32 of them), and it’s really not difficult for them to do this. It’s not like the show had Jace and Sentinel Services jump through a bunch of hoops to start constantly monitoring every aspect of 5+ million people’s lives. Now, I’m not going to be a Pollyanna and say “oh the government would never surveil broad swathes of the American public like that” because they clearly already are. What I will complain about is the fact that DOJ gives a rat’s ass at all. DOJ wouldn’t watch them initiate unconstitutional surveillance against an entire major metropolitan area in defense of their program to ship people off to domestic black sites, but step in and say “Okay boys, that’s enough” when Ahab deploys Hounds as part of a Sentinel Services sting operation.

This was the weakest episode of the season so far, but I fully expect things to get back to normal next week when we learn more about the reason the writers chose to name the main characters “Strucker.”

– Two new mutants this week. The first is Lodo, a mob enforcer of Carmen’s with gills in his cheeks and what appears to be the power to locally stop time. His powers seem to resemble Sway, a member of that lost team of X-Men from Deadly Genesis.

– Ahab’s hound gives the woman from DOJ a stroke for disagreeing with him. That could indicate almost anything – giving someone a stroke is a very Pestilence from Apocalypse’s Four Horsemen thing to do – but it most reminded me of Laurel Darkhaven from the old J. Michael Strascynski comic Rising Stars. She was a telekinetic assassin who could only affect things on very small scales, but she used her powers to pinch off arteries all the time. Please note: this comic ended terribly. Stop reading around issue 16 if you read it at all.

– Reed’s dad worked for “Trask Industries,” the company that secretly runs the hound programme. Trask is a reference to Bolivar Trask, and is yet another tie to the X-Men cinematic universe that makes the timeline really foggy – Bolivar was played by Peter Dinklage in the 70s segments of X-Men: Days of Future Past.

– Campbell’s room full of hounds includes one woman with electricity shooting up her arms. Is that Surge from the early aughts New Mutants?

Read Jim’s review of the previous episode, got your siX, here.