The Gifted episode 6 review: got your siX 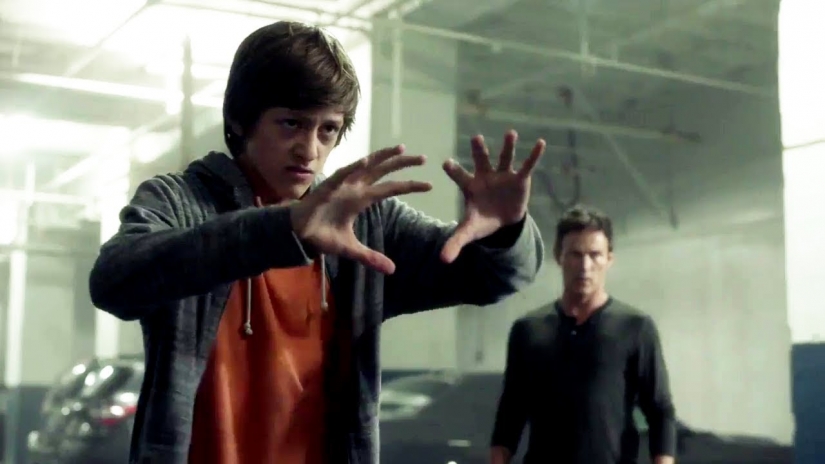 The Gifted does some character work, but mostly deepens the bigger mysteries in episode six. Spoilers ahead in our review…

It’s kind of interesting that The Gifted has established itself as a plot-heavy action show well enough that an episode where mutants using their powers to break into a federal building, steal a tonne of data, and then hold back a hail of bullets while making a Big Rig fly and disappear is a quiet character episode. But that’s what the show is now, and since we didn’t spend the whole thing in a shootout with Sentinel Services, there was a lot more time to spend exploring some of the relationships that sustain it.

Most of the series has been spent herding off the large cast and sticking with the original interactions: Lauren and Andy usually shared screen time; Dreamer, Blink and Thunderbird moved their plot; Polaris and Reed had their moments; while Marcos and Kate drifted between groups. This week shook that up, putting Andy, Reed and Marcos in the back of a tractor trailer and having Lauren, Kate and Polaris argue back at HQ, and mostly walling off Thunderbird. The development between Andy and Reed seems promising, and Polaris and Lauren’s time together foreshadows greater leadership for Lauren moving forward: she’s proven herself to be reliable and powerful, and she spends the whole episode actually working for the other people in the overstretched Resistance HQ.

This is a show that’s starting to understand what it does well and what it does poorly. And as that understanding grows, it either uses what it’s good at to effectively dodge some of its weaknesses, or it gradually grows out of them.

The toughest thing about The Gifted in its earliest episodes were the clunky groaners of dialogue characters would periodically spout. We got there for a second this week – the conversation between Reed and Andy in the park, when it veers from breeze-shooting chitchat to teen angst “I JUST WANT YOU TO BE PROUD OF ME,” it seems forced and transitionless. But we pulled out of it with a knowing glance from Marcos, and with Reed defusing the situation before redeeming it entirely later in the episode.

Meanwhile, in what might be the most important developments of the episode, we get an offhanded mention from Thunderbird to Dreamer that the X-Men left him in charge of the Underground. So that implies 1. that he might know where they are or why they left, and 2. that they’re coming back. And the other important development is the higher profile for Ahab, Dr. Roderick Campbell. A supremely pissed off Jace, after last week when Dreamer removed his memories of his daughter’s death, reaches out to Ahab to take him up on his offer of greater cooperation. Ahab asks him to share all his data on the Strucker twins, promising development on that mystery soon.

got your siX wasn’t a standout epsiode of The Gifted, but it was a solid entry in a good X-Men show.

– This version of Thunderbird feels a lot like the comics version we got to know for a very limited amount of time. Comics Thunderbird was a Vietnam vet with a chip on his shoulder. The Thunderbird from the cold open flashback is an undefined veteran who gets into it with a foolish heckler while trying to raise money for victims of “7/15.”

– Three mutants I didn’t recognise from the comics: Wes, whose illusion powers play a big role in the closing action sequence, doesn’t appear to have a comics counterpart (Mastermind’s powers work differently). I can’t find a reference to Skylight anywhere as a code name, and I don’t really know what his powers did in that brief flash of them. And the only waterbenders I know of in the Marvel Universe aren’t X characters (Crystal from the Inhumans and the Spider-Man villain Hydro Man).

– The Claremont Institute Movers was a nice trick. Chris Claremont wrote the X-Men for about 200 issues, and is inarguably the biggest influence on the X-Men line ever. Louise Simonson was second. Don’t @ me.

Read Jim’s review of the previous episode, boXed in, here.