The Flash season 4 episode 4 review: Elongated Journey Into The Night 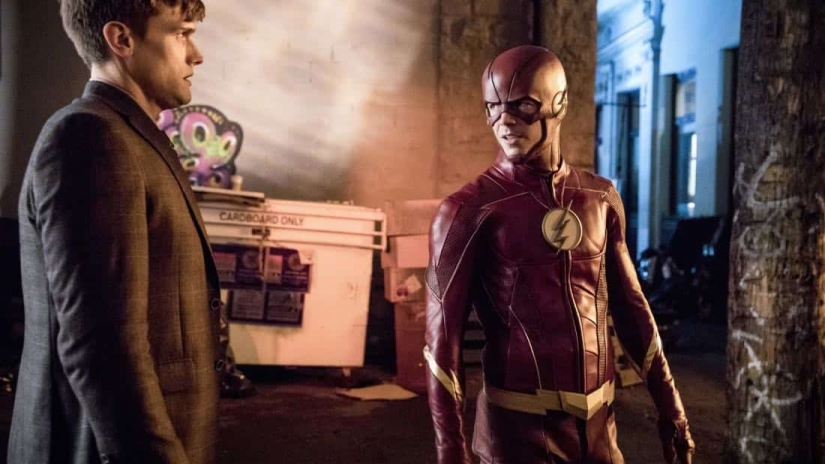 The Flash introduces Ralph Dibny, the Elongated Man, in the best episode of the season so far! Spoilers ahead…

4.4 Elongated Journey Into The Night

First of all, allow me to apologise for the lateness of this review. It was Halloween night, so I was out drinking the blood of my enemies or something. Second of all, holy moley I am so happy that I’m happy with Elongated Journey Into The Night. This is the first episode this season where I felt like all the little pieces (and the show’s cranked up sense of humour) have all worked at once.

It’s still a fairly thin story with no real villain to speak of. I don’t care this time, though. For the first time this season it felt like it was all by design. The point here, after all, is to introduce Ralph Dibny, and anything else would be a distraction. But when you do need a distraction, you’re not gonna find a better one than Danny Trejo.

Hartley Sawyer is an absolute joy as Ralph Dibny. The casting for all of the Arrowverse shows is always on point, but every now and then they find an actor/character match that’s just that much more perfect (Wentworth Miller’s Captain Cold comes to mind). That’s what we have here with Sawyer, who walks the line between an almost Deadpool-esque charm and full-on screwball comedy, without ever tipping over into irritating, shouty, face-pulling nonsense. Sawyer has immediate comedic chemistry with Grant Gustin, and I expect the Dibny/Allen show could be a highlight of the rest of the year. I can’t wait to see what happens as he gets more time with the rest of Team Flash.

As what I have to imagine was a calculated, deliberate counter to that, we get Danny Trejo as Breacher. Trejo kicks things off with an absolutely tremendous entrance into Cisco’s bedroom while the poor guy is rummaging around in his nightstand for a condom. This would be nightmarish for anyone even if their girlfriend’s father wasn’t an interdimensional bounty hunter who looks like Danny Trejo. Breacher spends the rest of the episode tormenting Cisco in ways great and small, and while the outcome here is never really in doubt, it’s great seeing Carlos Valdes play off Trejo for so much of the episode.

For an episode without a tonne of action (or even a lot of time with Barry in costume), I was impressed with the visuals, particularly the representation of Dibny’s stretchy powers. I realise they’re unlikely to overuse this stuff, but I just hope that the VFX remain this consistent for Dibny throughout the season. I loved the bit where Barry not only catches the bullets, but repositions the guns so the kick of the gunfire is used to his advantage. It’s one of the best ‘funny’ action moments the show has done, I think.

There are other little touches throughout the episode that made me feel better about the overall direction of the season, too. The fact that Barry has now physically as well as mentally moved on from the murder of his mother (we see that with the removal of the case from his board) is exactly what I was hoping would come from his time in the speed force. The recognition of Devoe’s name at the end of the episode was just what I was waiting for. I can’t handle another season where Barry’s overconfidence is what trips him up. He should be beyond that now, so now that he knows that Devoe is lurking, that should change his approach a little, and I imagine it will help bring a few things back down to earth, as well.

Well-paced, reasonably well-balanced, and the funniest episode of an already funny season, Elongated Journey Into The Night has me back on board after what I felt was a wobbly start. The promise of more Hartley Sawyer as Ralph Dibny for the rest of the season makes things even better.

Read Mike’s review of the previous episode, Luck Be A Lady, here.