The Flash season 4 episode 3 review: Luck Be A Lady 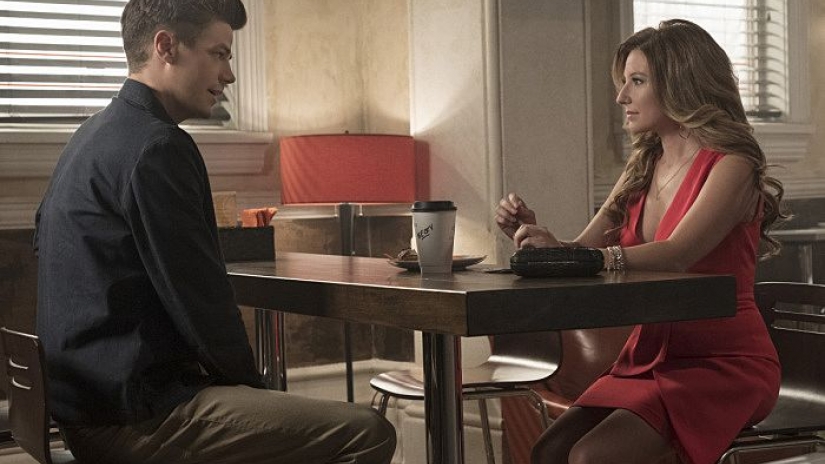 Hazard comes to Central City and The Flash keeps up its focus on humour in the latest episode. Spoilers ahead in our review…

Well, the good news about Luck Be A Lady is that the sudden pivot to all-out Legends Of Tomorrow-style humour is still working. The jokes are funny. The tone is bouncy. This cast is extraordinarily well suited to rocketing from joke to joke, and their comic timing is impeccable. I need to get this out of the way up front, lest you all think that I have a problem with the new direction the show is taking.

The bad news is that Luck Be A Lady is our second consecutive disposable episode, featuring another low-grade villain of the week, one perhaps even less threatening and more nonsensical than Kilg%re. In past Flash seasons, our main threat was established early, and while there would always be a handful of disposable villains to set the table, we usually had an idea of the scale of the overall threat within a few episodes. I can’t get a read on The Thinker yet, although he certainly looks extremely cool, but when so far his only plan seems to be to throw half-assed metahumans at the team in order to get his chess game moving, it doesn’t really give me a lot to hang on to. I did enjoy opening on his narration, though, and hoped that would be a device throughout the episode.

I totally get why The Flash is taking a less serialised approach this season. The second half of season three was exhausting in that regard. Returning to the fun and humour of season one isn’t just a natural exercise, it’s the smart move. But like I said last week, the transition is a little too jarring. There were no real consequences to Barry’s time in the Speed Force other than this week’s questionable revelation about dark matter, buses, and metahumans and last week’s couples’ therapy excursion.

Hazard isn’t a particularly threatening villain, but of course that was never really the intent. She’s just an excuse to get Harry back on the team (and what a wonderful, welcome presence Tom Cavanagh is… it’s great to have him back), to illustrate the growing desperation of the impending West-Allen nuptials, and to explain a small portion of the Thinker’s mysterious plan. Sugar Lyn Beard is certainly fun, particularly in her two scenes with Grant Gustin (Barry’s “no way” headshake when she asks if he won’t arrest her is a perfect, perfect Flash moment), but the explanation for her probability manipulation powers is impenetrable even by sci-fi TV standards. They could have gotten away with it if so much time wasn’t spent on it, and the particle accelerator near-miss/disaster was just a bridge too far for my taste.

I probably would be a little easier on this episode if not for one thing: Wally’s departure. I can’t imagine this sits well with anybody, even if you don’t agree with my overall assessment of the quality of the episode. What were we supposed to feel in this moment? There’s been no indication that Wally has been conflicted about his role as Kid Flash. In fact, the impression has been quite the opposite. This felt perfunctory (I expect this was due to some other obligation), the character deserves better, and if they knew that Keiynan Lonsdale had a conflict coming that would make this necessary, than more time should have been spent setting this up in the previous two episodes. There’s one potential bright side to this, though, and I get into it down in the Flash Facts section, so don’t give up on me yet!

Look, please don’t mistake me for a hater. I love this show, and I certainly haven’t hated these episodes. This cast is too charming, and the writing of their characters is entirely too on point to try and pretend like I haven’t gotten some enjoyment out of these. Caitlin’s “we’re not done” to Harry was a genuine laugh, and it was far from the only one to be had. On the other hand, I found Iris’ “let’s get married right now” moment to be really irritating, and the jokes in that entire scene were really flat and on-the-nose.

But for the second week in a row, I feel like we missed a few episodes along the way. Both Luck Be A Lady and last week’s Mixed Signals would be perfectly appropriate instalments used to break up a larger storyline, using a disposable villain to put the focus on the fun the show can have with its characters. But this early in the season, where the stakes haven’t been clearly established, characters like Kilg%re and Hazard make it feel like there are no stakes at all. And there are ten more of these villains that Thinker is assembling? Oof.