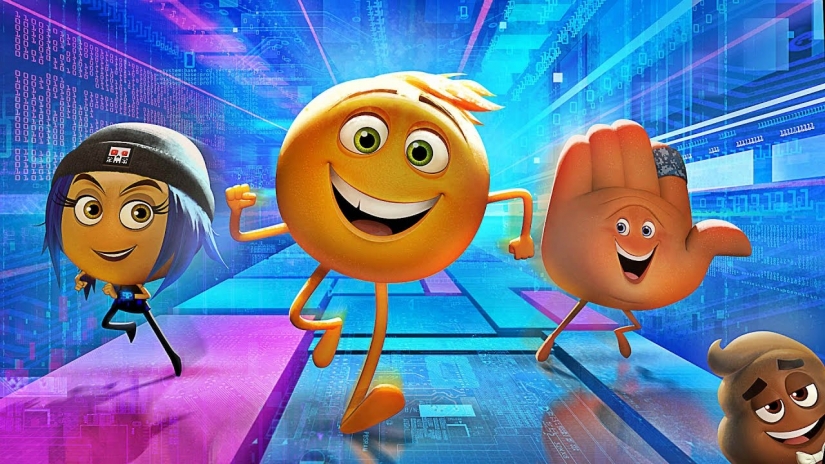 Those symbols on your phone come to life in The Emoji Movie. Here's our review…

There are bad films and then there are terrible films. Terrible films leave the viewer in mental and emotional anguish following a confusing and often offensive couple of hours during which, for some reason, they were unable to leave the cinema or simply hit the stop button on their remote. We’ve all sat through a terrible movie or two (or several) before we start learning how best to avoid them.

Bad films, on the other hand, are only as irksome when it comes to how bored they leave you feeling. Bad films don’t offend or excite – they don’t leave you feeling much of anything. That’s their crime, they fail to move you in any direction and add nothing to your life but time wasted.

The Emoji Movie is one of those bad films, which was actually a pleasant surprise. Expecting to be appalled and angered, it instead left this reviewer no more than a little emotionally numb.

Despite the critical mauling its received, then, this is not a terrible film. There are good intentions here buried underneath the cringe-worthy commerce and shoddy storytelling. There’s a good moral that would be celebrated in a different film, and taking young children to see it certainly won’t turn them into mini sociopaths, as some have come close to suggesting.

The set-up is an obvious and simple one overwhelmed by a needlessly convoluted set of rules and half-arsed worldbuilding – we follow Gene (T.J. Miller), the ‘meh’ son of two ‘meh’ parents who can’t seem to control his little yellow emoji face. He’s just too darn excited to live in Textopolis, and can’t bring himself to pull an indifferent face even when it’s his job to do so.

So when the world’s master, teen boy Alex, interprets Gene’s mistake as a glitch on the phone, evil overlord Smiler (Maya Rudolf) sets out to delete him before they’re all erased for good.

He goes on a mission across the phone to fix his malfunction, taking the teeth-grindingly annoying Hi-5 (James Corden) along for the ride. Much more successful is the character of Jailbreak (Anna Faris), a female hacker with a mysterious secret whose only dream is to make it to the cloud.

As we move along, there are some titter-worthy jokes concerning who and what the emojis are and how they might act should they be personified, and older viewers might get a kick out of jokes concerning emoticons, trolls and the Loser Lounge (where the characters nobody ever uses hang out).

But it’s a wasted opportunity, and the talented voice cast aren’t given nearly enough room to elevate the film any higher than rock bottom. Patrick Stewart as the poo emoji should be hilarious, for example, but really it could have been anyone in the recording booth. Same goes for Sophia Vergara as Flamenca, or Sean Hayes as the devil.

The shameless advertising for apps and services is indeed egregious, with apps such as Facebook, Candy Crush, Just Dance, Spotify and Dropbox all getting more screen time than should really be allowed. At one crucial moment in the film, the Twitter bird (not named as such, for some reason) comes to save the day, and the film is sure to remind us how secure Dropbox is (sorry, OneDrive).

It’s crass and seemingly never-ending, but kids in my screening seemed to enjoy seeing recognisable games and social media translated into huge worlds you can practically live inside of. Whether that observation is a sign of the apocalypse I’ll leave up to you.

But there’s an admirable message at the film’s heart, meaning first and foremost that it has one. Gene is an emoji who quite literally doesn’t fit in the box assigned to him at birth, and he’s so immediately shamed for it that he goes on a dangerous quest to ‘normalise’ himself. Jailbreak, meanwhile, is on her own quest for an identity outside of the what the world has given her permission to be.

In the outside world, Alex’s brief storyline consists of him wanting to impress a girl with the right text message and, although Gene’s initial freakout sabotages his efforts at the start, he eventually embraces his phone’s quirky personality.

These are pretty basic, but they’re messages that we want our kids to learn. Use technology to foster real world connections, don’t just be what other people want you to be, rail against the patriarchy etc. It’s a small thing, but the movie is also pretty racially diverse, from the emoji variations to the kids. The animators didn’t have to do that, after all.

So in brief, I can’t honestly recommend The Emoji Movie to anyone over five but, contrary to popular opinion, you could do a lot worse (and probably have).

The Emoji Movie is in UK cinemas from Friday.