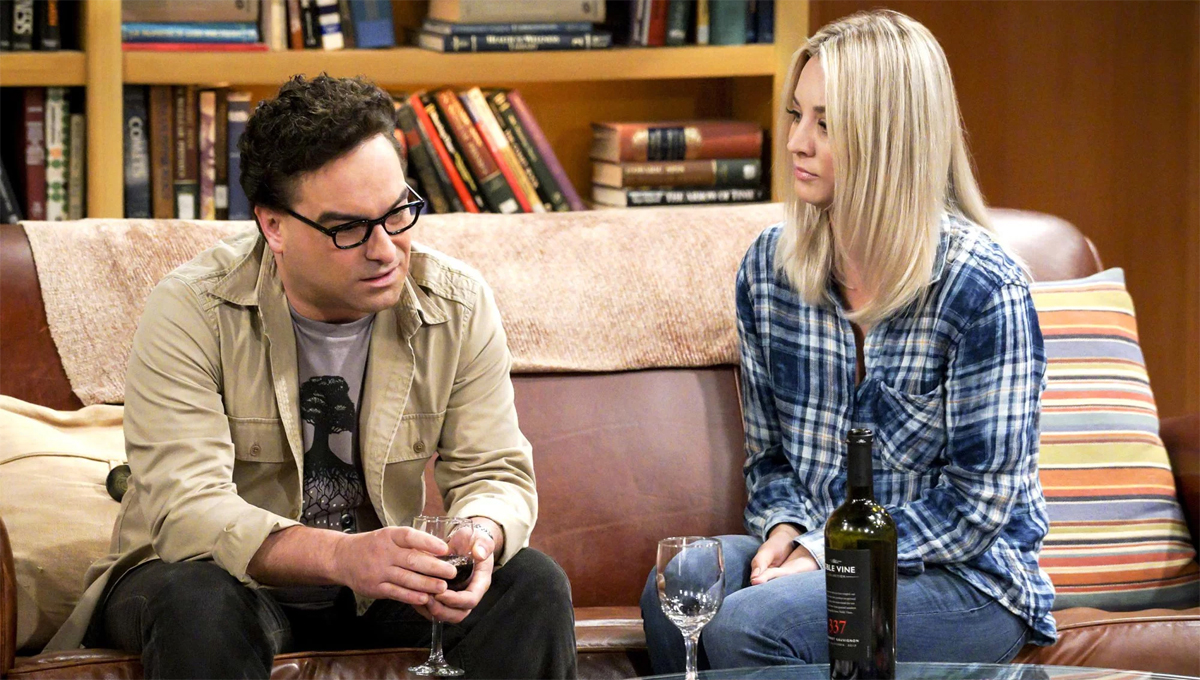 When The Big Bang Theory first began many moons ago, science was a much bigger part of the show. As the series progressed and new cast members were added, the characters started to mirror the real-world tendency for people to focus less on work as we grow older and more on relationships and families. But while that shift for the most part worked in the show’s favour, it’s a shame we can’t have both.

The writers seem not to know how to properly mesh the two together, with The Retraction Reaction acting as a kind of throwback to an earlier era – Amy and Bernadette relegated to their own storyline and Penny acting as the voice of reason and normalcy against her nerdy friends of old.

The much more geek-friendly early days of the show simply don’t work with the new format, which starkly demonstrates how far the series has wavered over the years.

The catalyst for the episode’s main drama is a disastrous radio interview done by Leonard in which, instead of talking up the university, he basically announces that theoretical physics is fruitless and the money is being spent on dead ends. His job is on the line and he’s asked to release a counter statement, but he genuinely finds it hard to come up with reasons why he was wrong.

So he enlists Sheldon’s help, believing him to have unwavering belief in the importance of what they’ve dedicated their lives to. That’s not the case, and the boys end up getting drunk on Romulan ale (vodka and blue dye) and visiting Richard Feynman’s grave in despair. There, they rediscover their passion and resolve to stay excited about the mere possibilities of new discovery.

All of this feels quite refreshing, similar to the arc a few seasons ago in which Sheldon grappled with his life’s work being deemed irrelevant.

But the setup also feels oddly nostalgic, from Penny’s sudden reversion to the smug popular girl whose only purpose is to support Leonard and Sheldon, to Raj’s borderline alcoholic ramblings about dying alone. They may as well have thrown Howard a pervy line and called it a day.

The backtracking is also present on a micro level, with Sheldon’s epiphany in the premiere about being a guest star in Amy’s blockbuster movie disappearing when she tells him about how well funded her department is. Bernadette (who’s now significantly more pregnant) tells her to simply hide her success from him like she does from Howard, either because they’d act like petulant children or so that they can enjoy swanky retreats and huge bonuses without interference.

There’s a huge amount wrong with this side story, even if it starts with some promise. It kind of makes sense that Bernadette would act this way, since she’s always earned more than her husband and Howard has always been very immature when it comes to such matters.

But why bring it up if you’re not going to resolve it? Is the show simply saying that this is how relationships with a flipped gender dynamic should function, with the women unable to celebrate or be celebrated for their achievements? I think we all know that’s crap.

And the real kicker is the moment when the girls stop complimenting each other’s successes and start fighting over which one is doing more important work. Bernadette is paid significantly more, but Amy is researching things that could change the world. It’s two accomplished women bitching at each other, moments after deciding their partners are too sensitive to hear about their achievements.

So The Big Bang Theory is still The Big Bang Theory, and none of us should be surprised. As the show has settled into the familiar rhythm we now expect when tuning in, it still finds it hard to juggle its many elements without leaving someone shortchanged. This week it was feminism, but I’m sure we’ll be back to kicking Stuart soon enough.